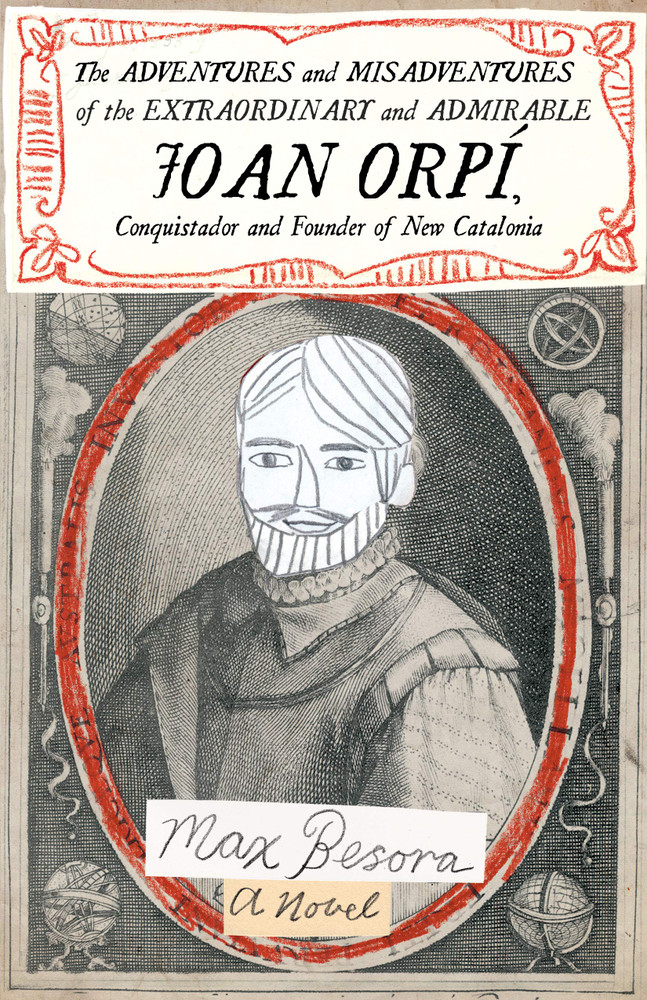 Adventures and Misadventures of the Extraordinary and Admirable Joan Orpí

Joan Orpí (Piera, 1593 - New Barcelona, 1645) is one of the most unknown characters in Spanish history. In this torrential book we are told the odyssey that brought him first to Barcelona, later to Sevilla and finally to America, where he would experience all kinds of outlandish situations.

Using historical facts as raw material, and with stellar appearances of characters such as Miguel de Cervantes or the brigand Serrallonga among others, Besora converses with the satirical tradition of works such as Gargantua and Pantagruel, Gulliver's Travels or Don Quixote, to paint a fresco of Catalonia in the seventeenth century and the Golden Age of the Spanish empire, creating a novel, fresh, sharp and bursting with exuberant adventures.

A triumphant, playful masterpiece brought into a unique style of English thanks to the triumphant creativity of translator Mara Faye Lethem.

“If Cervantes and the Monty Python guys were shoved into the Large Hadron Collider—and Earth didn’t explode—we might get something like Joan Orpí. How lucky are we to be alive! And to have Max Besora!”—Ryan Chapman, author of Riots I Have Known

“Joan Orpí mixes tomfoolery and satire, lampooning so many sacred cows, including empire, history, religion, and literature. Besora’s prose is the real star, merging language of yore with modern day slang. Boisterous, bright, freewheeling, and playful, The Adventures and Misadventures of the Extraordinary and Admirable Joan Orpí, Conquistador and Founder of New Catalonia, put simply, is a shit-tonne of fun.”—Jeremy Garber, Powell’s Books

“Flagrant, shameless, high-voltage, and sometimes just consummately silly. I can’t think of another translator who could have pulled this off, but like any great writer who feels they have total license to do whatever the hell they want with their language, Lethem creates what the narrator describes as ‘a language that constitutes the topography of its own world’, not striving for an accurate period reconstruction, but an archaism that’s invented, anachronistic, bastardised, defiantly inconsistent and totally, gloriously fun.”—Daniel Hahn

“Like Don Quixote, this is a chivalric novel, seasoned with the humor of an author with wit in spades. Besora grew up with the toxic style of the great US underground cartoonists, the ‘Weirdo’ gang, and you can tell.”—Time Out

“An heir to Rabelais, Cervantes, Sterne and Swift, Besora has conceived his novel as a giant neo-baroque container with room for everything and more besides. The combination of events, registers, genres and characters is manic in its variety.”—Pere Antoni Pons, Ara

“This novel is here to atone for a glaring oversight in the history of Catalan literature, reviving a tradition that has seemed all but dead since the time of Tirant lo Blanc, since any language deserves, at the very least, two great satirical novels; and this one is so Catalan it hurts.”—Montserrat Serra, Vila Web

After starting his career as a poet, Max Besora has gone on to publish three novels, including "Volcano" and "The Adventures and Misadventures of the Extraordinary and Admirable Joan Orpi, Conquerer and Founder of Catalonia," which received the 2018 City of Barcelona Prize for Catalan Literature. He's a jazz trumpeter and is currently co-writing a non-fiction book about rap music.