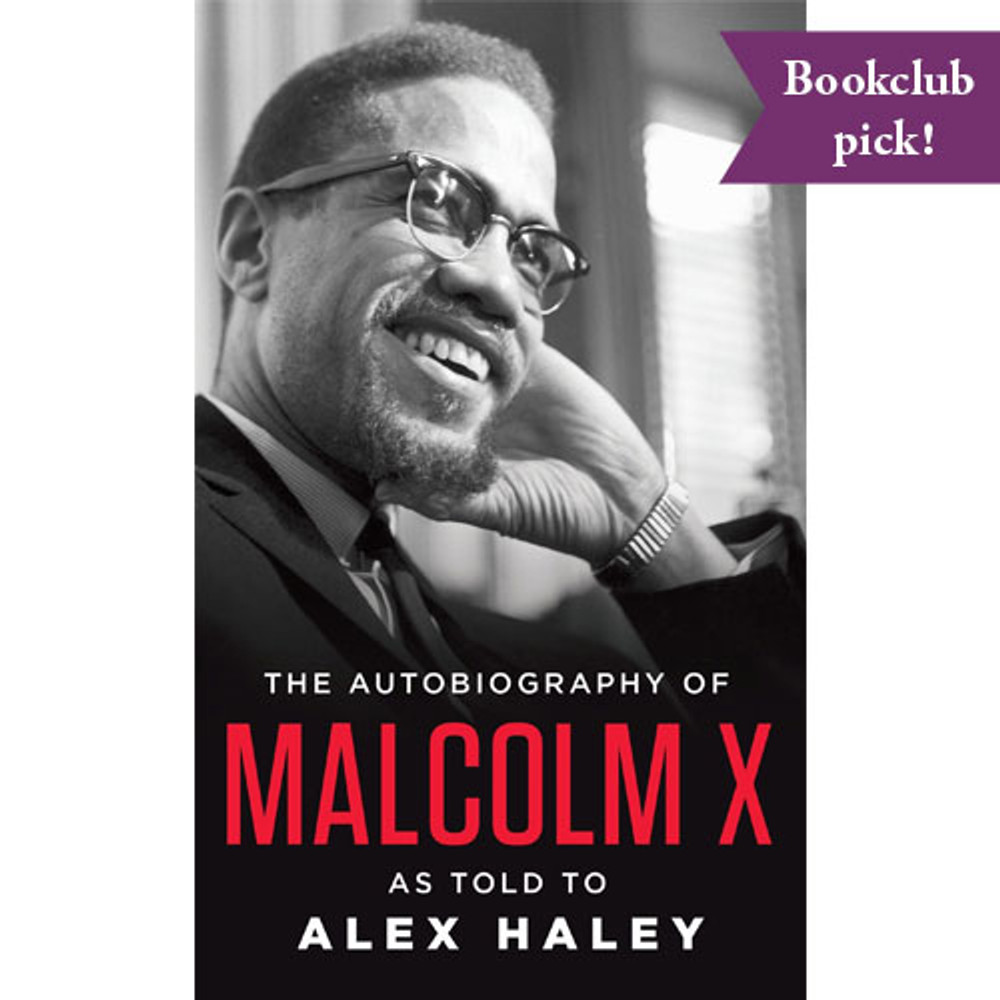 This title is the November 2018 pick for the THE BUILD BOOKCLUB! Find out more here.

In the searing pages of this classic autobiography, originally published in 1964, Malcolm X, the Muslim leader, firebrand, and anti-integrationist, tells the extraordinary story of his life and the growth of the Black Muslim movement. His fascinating perspective on the lies and limitations of the American Dream, and the inherent racism in a society that denies its nonwhite citizens the opportunity to dream, gives extraordinary insight into the most urgent issues of our own time. The Autobiography of Malcolm X stands as the definitive statement of a movement and a man whose work was never completed but whose message is timeless. It is essential reading for anyone who wants to understand America.

“Malcolm X’s autobiography seemed to offer something different. His repeated acts of self-creation spoke to me; the blunt poetry of his words, his unadorned insistence on respect, promised a new and uncompromising order, martial in its discipline, forged through sheer force of will.”
—Barack Obama, Dreams from My Father

“A great book . . . Its dead level honesty, its passion, its exalted purpose, will make it stand as a monument to the most painful truth.”
—The Nation

“This book will have a permanent place in the literature of the Afro-American struggle.”
—I. F. Stone

Alex Haley is the world-renowned author of Roots, which has sold six million hardcover copies and has been translated into thirty languages. He was awarded the Pulitzer Prize and the National Book Award. Alex Haley died in February 1992.

No Name in the Street