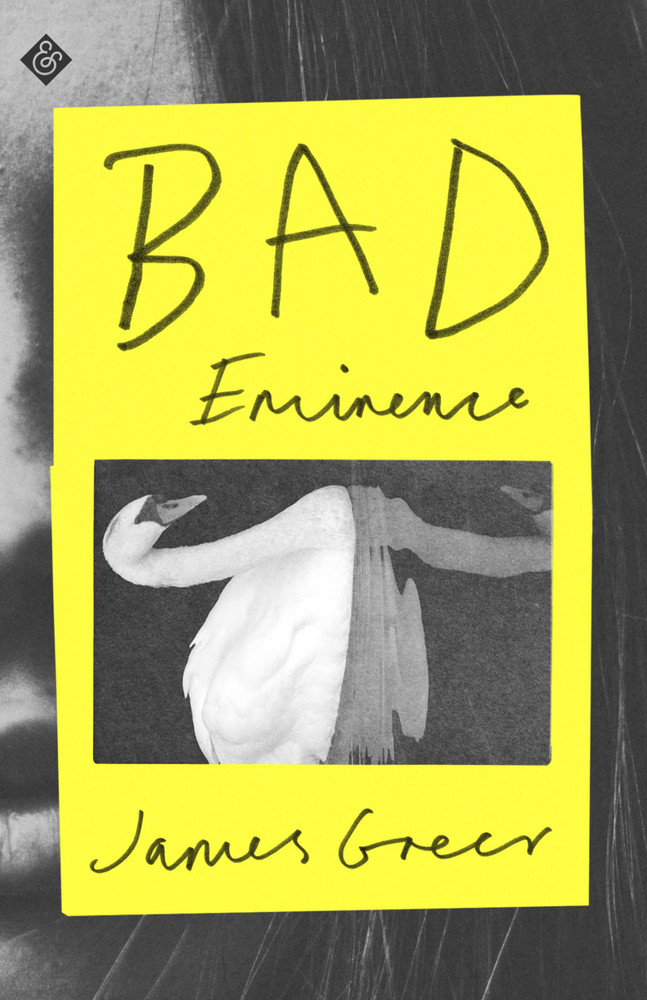 Meet Vanessa Salomon, a privileged and misanthropic French-American translator hailing from a wealthy Parisian family. Her twin sister is a famous movie star, which Vanessa resents deeply and daily. The only man Vanessa ever loved recently killed himself by jumping off the roof of her building. It’s a full life.

Vanessa has just started working on an English translation of a titillating, experimental thriller by a dead author when she’s offered a more prominent gig: translating the latest book by an Extremely Famous French Writer who is not in any way based on Michel Houellebecq. As soon as she agrees to meet this writer, however, her other, more obscure project begins to fight back―leading Vanessa down into a literary hell of traps and con games and sadism and doppelgangers and mystic visions and strange assignations and, finally, the secret of life itself.

Peppered with “sponsored content” providing cocktail recipes utilizing a brand of liquor imported by the film director Steven Soderbergh, and with a cameo from the actress Juno Temple, Bad Eminence is at once an old-school literary satire in the mode of Vladimir Nabokov as well as a jolly thumb in the eyes of contemporary screen-life and digital celebrity.

“James Greer has always been a novelist I would hock my skills set to measure up against, but even matched against his prior coups, Bad Eminence is unspeakably exciting. Its grace and hilarity and brains and foolproof read on Frenchness and I don’t even know what else made my hands shake.” ―Dennis Cooper

“I take exception to the characterization of my hair as 'difficult,' as my hair is in fact perfect, which I can prove in a court of law. Everything else James wrote is exactly as it happened, to the best of my memory.” ―Juno Temple, prodigiously talented actress with perfect hair

“With eye and ear and tongue―and oh brother, what a tongue!―James Greer is the leading Renaissance Man for our current and possibly terminal Dark Ages.” ―Joshua Cohen

“Bad Eminence is, at one and the same time, a diatribe against narrative; a fiendishly engaging mystery; a learned disputation on the arts of translation; a masterful addition to the literature of sisters and twins; a roman à clef (I’ll never tell); a catalogue raisonné of the French nouveau roman; and the most literate advert for Bolivian firewater you’ll ever encounter. By turns wildly maddening, laugh-out-loud funny, heartrendingly poignant, Bad Eminence pulls you into its world like no other. You will not regret a moment spent romping in its lexical playfields.” ―Howard A. Rodman

“This is a work of lacerating style that shook my faith in the tangible world. It preys upon the real in capricious ways, like so much of the best fiction, toying with the reader's memories until we're not sure what we see, or what we have seen. James Greer is a circus-master of great humor, malevolence, and allusion, a fabricator of eerie truths. It's terrifying to enter his world.” ―Michael Lesslie

“The narrator of James Greer's Bad Eminence, Vanessa Salomon, comes on like a double-deranged cross of Tristram Shandy and Charles Kinbote only twice as funny and half as self-aware. What makes it work is Greer's pinpoint control of Vanessa's ineffably charming voice (and, uh, her incredible cocktail recipes! Pour yourself a Vieux Carré why don't you?), and his diabolical ability to make her digressions amount to something. (Also, did I mention the cocktail recipes?) If this book has flaws, I didn't notice them. Bad Eminence is a stone blast from start to finish.” ―Matthew Specktor

Praise for the Author

“Strong writing and shrewd perceptions prevail, backed by wry humor, compelling stumblebum characters, a true-blue louche atmosphere, and arresting insights into the dream of art, be it literature or rock and roll.” ―Donna Seaman, Booklist

“A Nabokovian thriller, light-hearted and caustic, which is also a subtle reflection on all forms of manipulation, be they criminal, corporate, amorous or . . . novelistic.” ―Éric Chevillard, Le Monde

“Greer’s lyrical erudition is both serious work and seriously fun . . . proof that there remain new places to go, both on paper and in the known universe.” ―Publishers Weekly

“Greer does a superb job of transcending conventional genrefication, bringing something fresh to contemporary literature . . . A very enjoyable read [with a] highly inventive structure, full of eccentricities . . .” ―Library Journal

James Greer is a novelist, screenwriter, and musician. His previous books include the novels Artificial Light and The Failure, and the story collection Everything Flows. As a screenwriter, he’s written or cowritten written several movies, including Max Keeble’s Big Move, Just My Luck, The Spy Next Door, and Unsane. He’s also played in a number of not-very-well known indie-rock bands.