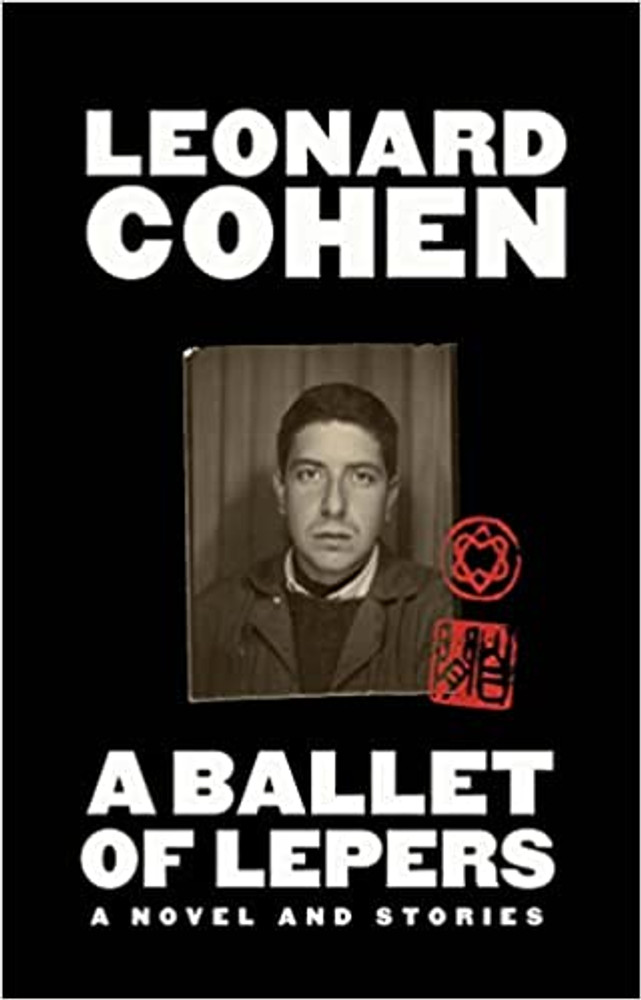 A never-before-published early novel and stories by the legendary musician, songwriter, and poet Leonard Cohen

Before Leonard Cohen’s worldwide fame expanded to fourteen studio albums, Grammy awards, and late-career global tours, he yearned for literary stardom. The Canadian songwriter of iconic hits like “Hallelujah,” “Suzanne,” and “Famous Blue Raincoat” first ventured into writing in his early twenties, and in A Ballet of Lepers: A Novel and Stories, readers will discover that the magic that animated Cohen’s unforgettable body of work was present from the very beginning of his career.

The pieces in this collection, written between 1956 and 1961 and including short fiction, a radio play, and a stunning early novel, offer startling insights into Cohen’s imagination and creative process. Cohen explores themes that would permeate his later work, from shame and unworthiness to sexual desire in all its sacred and profane dimensions to longing, whether for love, family, freedom, or transcendence. The titular novel, A Ballet of Lepers—one he later remarked was “probably a better novel” than his celebrated book The Favourite Game—is a haunting examination of these elements in tandem, focusing on toxic relationships and the lengths to which one will go to maintain them, while the fifteen stories, as well as the playscript, probe the inner demons of his characters, many of whom could function as stand-ins for the author himself. Cohen's work is meditative and surprising, offering playful, provocative, and penetrating glimpses into the world-weary lives of his characters, and a window into the early art of a storytelling master.

A Ballet of Lepers, vivid in its detail, unsparing in its gaze, reveals the great artist and visceral genius as never seen before.

Praise for A Ballet of Lepers:

“Cohen’s life and art have been dissected for years, but as this revealing volume proves, there are still new shades of him to discover.”—Adrienne Westenfeld, Esquire

“An enthralling collection of work written in the 1950s and ’60s, as complex and dark as [Cohen’s] lyrics . . . Cohen writes brilliantly of desire and cruelty as his desperate characters yearn for connection. This is magnificent.”—Publishers Weekly (starred review)

“Leonard Cohen, who died in late 2016, was known as one of the most literate and accomplished songwriters of the modern era. Now comes this marvelous collection, written between 1956 and 1961, of short fiction, a radio play, and a novel . . . Many tales are set in his native Montreal, but in their execution and interpretation of the human condition, they are universal and even familiar . . . The Leonard Cohen we know from his songs is here, too, in his precocious way of telling a story (especially the ones that touch on physical frailty and the indignity of aging), and, overall, in the intoxicating way his words flow across the page. Cohen was a wordsmith of the first order.”—Booklist

“There are very, very few people who occupy the ground that Leonard Cohen walks on. This is our Shelley, this is our Byron.”—Bono

“A posthumous balm . . . All of Cohen’s work has a raw, straight-to-the-heart intensity―reach for this the next time you need inspiration for a wedding toast that will leave them gutted, or any other moment you need a little sustenance for the soul.”—Vogue

“Cohen’s final volume shows his poetic soul. If you know the man only because of ‘Hallelujah’ or ‘Suzanne,’ pick up The Flame and warm yourself within its pages.”—Washington Post

“A kind of farewell tribute by the poet-prophet [and] offers ample evidence of his abiding sense of humor . . . Though he claimed not to know the origins of his poetry nor to be able to locate his mission, what Cohen offered his many fans and followers was the opportunity to partake of the kind of spiritual experience that makes it possible for us to feel, if only for a moment, that we are not alone.”―Los Angeles Review of Books

“Grand . . . Elegant . . . Leonard Cohen does not use language to pose, startle or to reinvent. Words are his old comrades, and see him through to the end.”—Observer

“In The Flame, an aging artist struggles with questions of death and legacy―and tries not to take them too seriously, true to his claim never to do so . . . If [this is] how long it takes to say ‘so long’ to someone beautiful, we’ll be listening to Cohen―still smirking and smiling―for decades to come, with this collection as our companion.”—Spectator

“Poignant and brave, lit up with flashes of anger, this is a luminous collection and classic Cohen.”―Booklist (starred review)

“Cohen was a poet before he was a musician, and with this posthumous collection his career completes its circle.”—Financial Times (Best Books of 2018)

“Steeped in somber reckoning . . . Full of gestures so intimate it’s almost a voyeuristic experience . . . The work feels both like a final speech and a disrobing . . . One can’t help but feel privy to something raw and shining, both uncomfortably and movingly revealing, the final laying-bare of a unique chronicler of the human heart.”—BookPage

LEONARD COHEN was born in Montreal in 1934. Soon after graduating from McGill University, he published his first collection of poems, Let Us Compare Mythologies, in 1956. He would go on to publish a dozen more volumes of poetry, including Book of Longing; two novels, The Favourite Gameand Beautiful Losers; and, most recently, a posthumous collection of poems, drawings, lyrics, and drawings in The Flame. A hugely influential and critically acclaimed singer and songwriter, Cohen released fourteen studio albums between 1967 and 2016, the last being You Want It Darker, the title track of which posthumously won him the Grammy for Best Rock Performance. Cohen died in Los Angeles in November 2016.