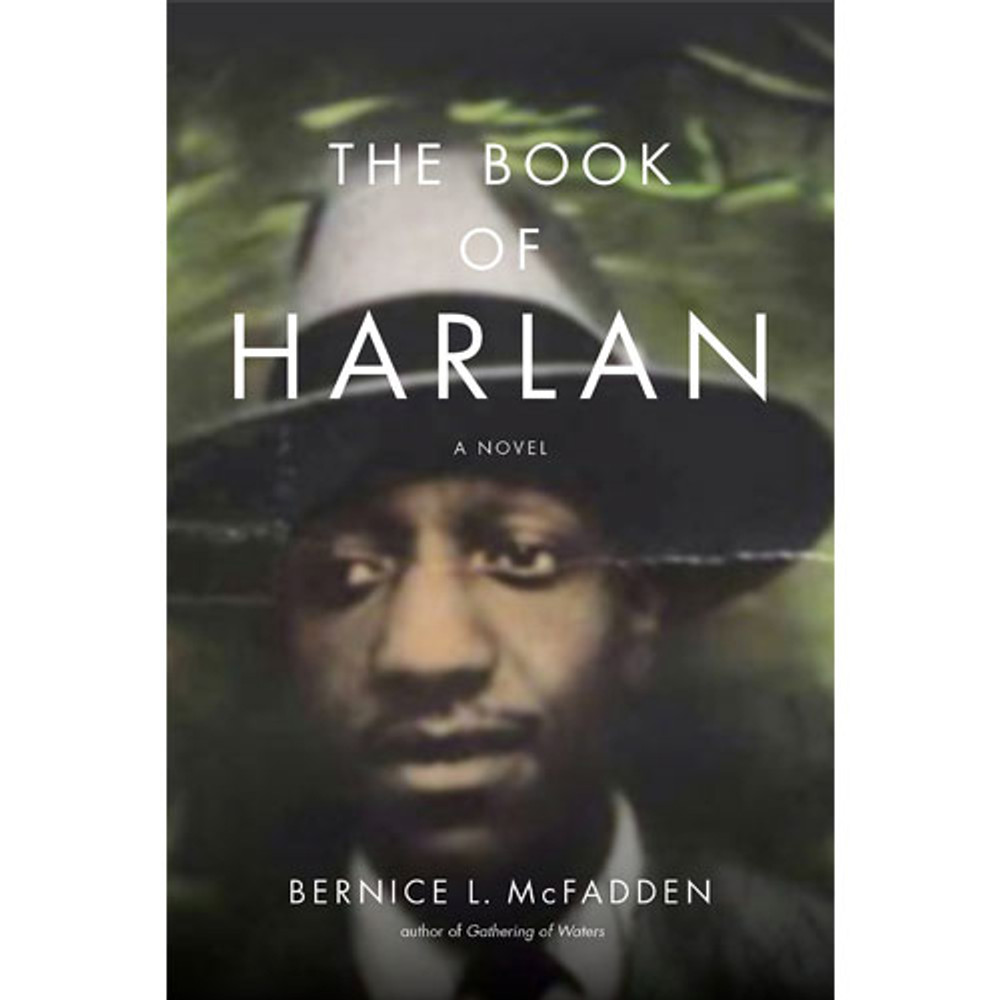 The Book of Harlan opens with the courtship of Harlan's parents and his 1917 birth in Macon, Georgia. After his prominent minister grandfather dies, Harlan and his parents move to Harlem, where he eventually becomes a professional musician. When Harlan and his best friend, trumpeter Lizard Robbins, are invited to perform at a popular cabaret in the Parisian enclave of Montmartre--affectionately referred to as "The Harlem of Paris" by black American musicians--Harlan jumps at the opportunity, convincing Lizard to join him.

But after the City of Light falls under Nazi occupation, Harlan and Lizard are thrown into Buchenwald--the notorious concentration camp in Weimar, Germany--irreparably changing the course of Harlan's life. Based on exhaustive research and told in McFadden's mesmeric prose, The Book of Harlan skillfully blends the stories of McFadden's familial ancestors with those of real and imagined characters.

"Another one of Bernice L. McFadden's masterpieces...McFadden took me on a melodious literary journey through time and place--complex, real, beautifully raw, and necessary...McFadden's prose lingers, giving me courage to stay committed to telling authentic stories that, while revealing of unspeakable truths, serve to unite us all."
—The Millions

"I've finally discovered a writer I should've been reading for years!...McFadden has a gift for placing her characters into the vivid history swirling around them, but keeping their emotional experience front and center in the story. There's a Zora Neale Hurston sensibility to the way she does that."
—MPR News, Kerri Miller's Must-Read

"McFadden is a skillful, powerful writer...She crafts her passages with the minimalist magic of a Miles Davis trumpet solo...A true blues beauty of a novel."

"Until fate throws him squarely in the path of evil, Harlan Elliott leads a pretty routine existence as a young black man coming of age in 1920s Jazz Age Harlem. But when Harlan and his close friend are invited to perform in Paris, they get sucked into the maelstrom of horrific world events."
—Booklist, Editors’ Choice: Adult Books for Young Readers

"A moving epic that follows the life of one man, Harlan Elliott, The Book of Harlan weaves real-life characters from McFadden’s own life into a fictionalized story about the treatment of black people during the Holocaust."
—Deep South Magazine

“McFadden shows how enduring the human spirit is, carving out pockets of happiness and fulfillment even in the most oppressive corners of a racist, pre-Civil Rights-era United States and fascist Europe . . . This is not, however, a doom-and-gloom book. McFadden also fleshes out Harlem in its golden age as a safe pocket for black America to thrive, and the opulence, creativity and joy she conjures is intoxicating . . . In this work of historical fiction, many more real characters make appearances . . . McFadden weaves their lives together with ancestors from her family to create something wholly elegant and hypnotic, putting a new face on World War II.”
—Eugene Weekly

"From Macon, Georgia, to Harlem, and from the City of Lights to Weimar, Germany, Bernice L. McFadden's latest novel follows Harlan and his friend Lizard, two black musicians who are captured by the Nazis during WWII and sent to the Buchenwald concentration camp. The Book of Harlan blends family history and world history, fact and fiction, to revisit a haunting chapter from the past."
—Hello Beautiful

"Hidden history comes alive in this novel about an African American man from Georgia who became a musician in Harlem, played in Paris, lived through the horrors of the Buchenwald concentration camp, and spent his final years in the turmoil of the 1960s."
—World Wide Work

"Spanning six decades, readers are taken on a journey from the upper class home of an upstanding preacher to the outskirts of the Harlem Renaissance, crossing the ocean to the concentration camps of Nazi Germany and winding its way back to black pride and a humble Brooklyn dwelling. Like I said, McFadden does a lot. Fortunately for readers, she does it well."
—Read in Colour

"McFadden has weaved a tale of undying love and affection that will not only pull at your heartstrings but will also enlighten and inform."
—LitIsh

"Based on exhaustive research and told in McFadden's mesmeric prose, The Book of Harlan skillfully blends the stories of McFadden's familial ancestors with those of real and imagined characters."
—Monlatable Book Reviews

"Journey into the extraordinary story of a man who was born December 24, 1917―and lived a vivid life...Excellent...History and music enthusiasts will adore this book."
—Coffee Breaks and Bookmarks

"This book is exceptional. It is a great read well worth your time."
—Book Referees

Praise for Gathering of Waters by Bernice L. McFadden:

"McFadden has created a magical, fantastic novel...This is a startling, beautifully written piece of work."
—Dennis Lehane, author of World Gone By

"McFadden works a kind of miracle--not only do her characters retain their appealing humanity; their story eclipses the bonds of history to offer continuous surprises...Beautiful and evocative."
—Jesmyn Ward, New York Times Book Review (Editors' Choice)

"Read it aloud. Hire a chorus to chant it to you and anyone else interested in hearing about civil rights and uncivil desires."
—Alan Cheuse, All Things Considered (NPR)

In 2004 I read Firpo W. Carr's book Germany's Black Holocaust: 1890- 1945, and was immediately intrigued. According to the United States Holocaust Memorial Museum in Washington, DC, "The fate of black people from 1933 to 1945 in Nazi Germany and in German-occupied territories ranged from isolation to persecution, sterilization, medical experimentation, incarceration, brutality, and murder."

I realized that while much had been written about the Jewish victims, the fate of Africans and African Americans at the hands of the Nazis was less well documented.
I was fascinated by this discovery and set about writing a story that would illuminate this hidden verity. But for many years, the story seemed out of my reach as I struggled to find a connection with the characters.

Luckily for me, early attempts at creating the story coincided with my ongoing personal genealogy research. For some twenty years I've been consumed with investigating my paternal line; specifically my grandfather, Harold McFadden, who was entirely absent from my father's life, thus a mystery to both of us.

When I decided to model Harlan Elliott after my grandfather, all that I had been struggling with came to an end. It was as if I had found the golden key; suddenly the foreign became familiar and the novel unfurled as naturally as a flower in spring.
—Bernice L. McFadden