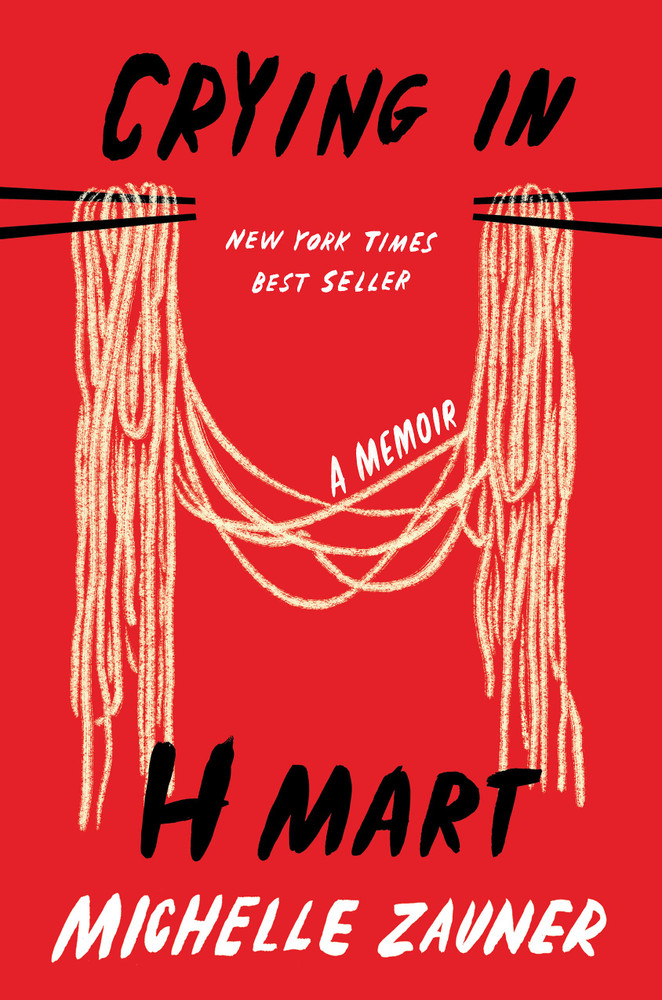 From the indie rockstar of Japanese Breakfast fame, and author of the viral 2018 New Yorker essay that shares the title of this book, an unflinching, powerful memoir about growing up Korean American, losing her mother, and forging her own identity.

In this exquisite story of family, food, grief, and endurance, Michelle Zauner proves herself far more than a dazzling singer, songwriter, and guitarist. With humor and heart, she tells of growing up one of the few Asian American kids at her school in Eugene, Oregon; of struggling with her mother's particular, high expectations of her; of a painful adolescence; of treasured months spent in her grandmother's tiny apartment in Seoul, where she and her mother would bond, late at night, over heaping plates of food.

As she grew up, moving to the East Coast for college, finding work in the restaurant industry, and performing gigs with her fledgling band--and meeting the man who would become her husband--her Koreanness began to feel ever more distant, even as she found the life she wanted to live. It was her mother's diagnosis of terminal cancer, when Michelle was twenty-five, that forced a reckoning with her identity and brought her to reclaim the gifts of taste, language, and history her mother had given her.

Vivacious and plainspoken, lyrical and honest, Zauner's voice is as radiantly alive on the page as it is onstage. Rich with intimate anecdotes that will resonate widely, and complete with family photos, Crying in H Mart is a book to cherish, share, and reread.

“Michelle Zauner has written a book you experience with all of your senses: sentences you can taste, paragraphs that sound like music. She seamlessly blends stories of food and memory, sumptuousness and grief, to weave a complex narrative of loyalty and loss.” —Rachel Syme

“I read Crying in H Mart with my heart in my throat. In this beautifully written memoir, Michelle Zauner has created a gripping, sensuous portrait of an indelible mother-daughter bond that hits all the notes: love, friction, loyalty, grief. All mothers and daughters will recognize themselves—and each other—in these pages.” —Dani Shapiro, author of Inheritance

“A warm and wholehearted work of literature, an honest and detailed account of grief over time, studded with moments of hope, humor, beauty, and clear-eyed observation. This story is a nuanced portrayal of a young person grappling with what it means to embody familial and cultural histories, to be fueled by creative pursuits, to examine complex relationships with place, and to endure the acute pain of losing a parent just on the other side of a tumultuous adolescence . . . Crying in H Mart is not to be missed.” —The Seattle Times

“A profound, timely exploration of terminal illness, culture and shared experience . . . Zauner has accomplished the unthinkable: a book that caters to all appetites. She brings dish after dish to life on the page in a rich broth of delectable details [and] offers remarkably prescient observations about otherness from the perspective of the Korean American experience. Crying in H Mart will thrill Japanese Breakfast fans and provide comfort to those in the throes of loss while brilliantly detailing the colorful panorama of Korean culture, traditions and food.” —San Francisco Chronicle

“Crying in H Mart powerfully maps a complicated mother-daughter relationship . . . Zauner writes about her mother’s death [with] clear-eyed frankness . . . The book is a rare acknowledgement of the ravages of cancer in a culture obsessed with seeing it as an enemy that can be battled with hope and strength. Zauner plumbs the connections between food and identity . . . her food descriptions transport us to the table alongside her. What Crying in H Mart reveals is that in losing her mother and cooking to bring her back to life, Zauner became herself.” —NPR

Zauner’s storytelling is impeccable. Memories are rendered with a rich immediacy, as if bathed in a golden light. Zauner is also adept at mapping the contradictions in her relationship with, and perception of, her mother. The healing, connective power of food reverberates in nearly every chapter of this coming-of-age story, [in] sensuous descriptions . . . Heartfelt, searching, wise.” —AV Club

"Crying in H Mart is a wonder: A beautiful, deeply moving coming-of-age story about mothers and daughters, love and grief, food and identity. It blew me away, even as it broke my heart." –Adrienne Brodeur, author of Wild Game: My Mother, Her Lover, and Me

"The book’s descriptions of jjigae, tteokbokki, and other Korean delicacies stand out as tokens of the deep, all-encompassing love between Zauner and her mother . . . Zauner’s frankness around death feels like an unexpected yet deeply necessary gift."—Vogue

"A candid, moving tribute to her mother, to her identity, and to our collective desire for connection in this often alienating world...Zauner's writing is powerful in its straight-forwardness, though some turns of phrases are as beautiful as any song lyric... but it is her ability to convey how her mother's simple offering of a rice snack was actually an act of the truest love that leaves the most indelible impression."—Refinery 29

"Crying in H Mart is palpable in its grief and its tenderness, reminding us what we all stand to lose."—Vulture

“Poignant . . . A tender, well-rendered, heart-wrenching account of the way food ties us to those who have passed.” The author delivers mouthwatering descriptions of dishes like pajeon, jatjuk, and gimbap, and her storytelling is fluid, honest, and intimate. When a loved one dies, we search all of our senses for signs of their presence. Zauner’s ability to let us in through taste makes her book stand out—she makes us feel like we are in her mother’s kitchen, singing her praises.
—Kirkus Reviews (starred review)

"Lyrical... Earnest... Zauner does a good job capturing the grief of losing a parent with pathos. Fans looking to get a glimpse into the inner life of this megawatt pop star will not be disappointed."—Publishers Weekly

MICHELLE ZAUNER is best known as a singer and guitarist who creates dreamy, shoegaze-inspired indie pop under the name Japanese Breakfast. She has won acclaim from major music outlets around the world for releases like Psychopomp (2016) and Soft Sounds from Another Planet (2017).