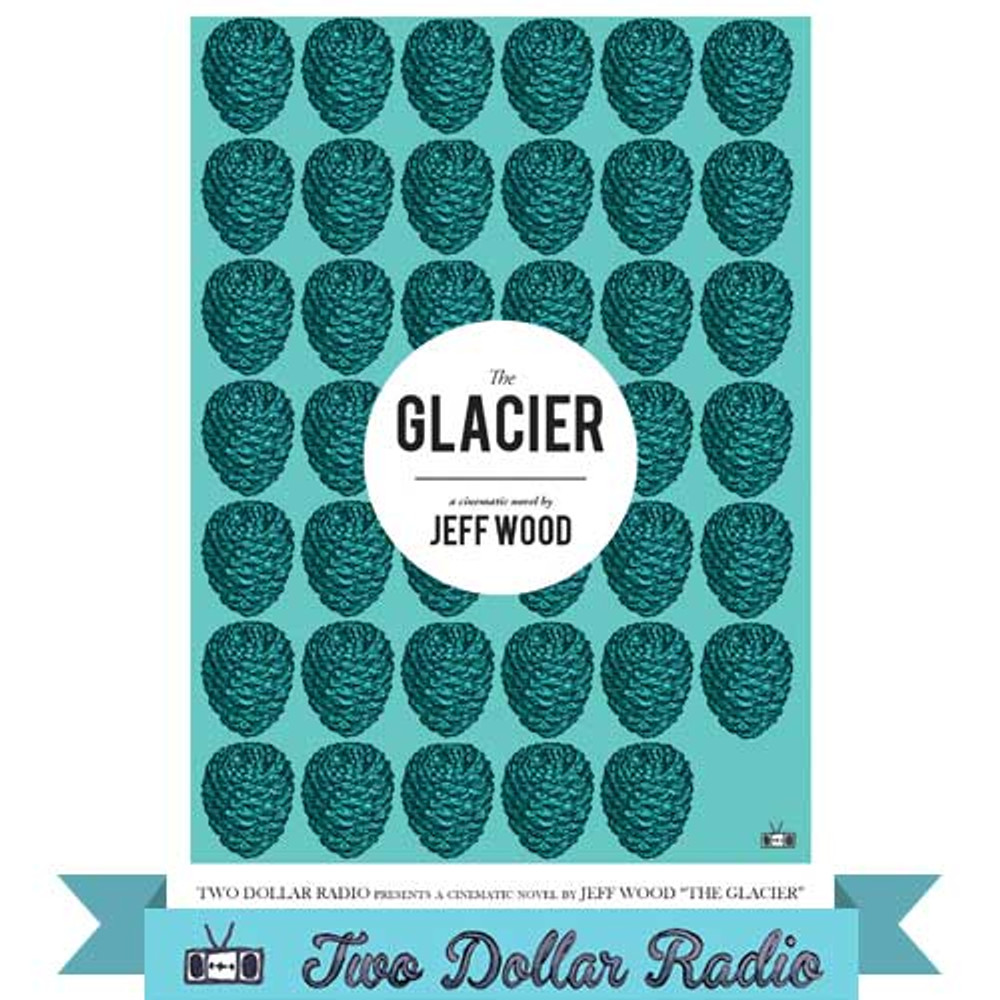 The Glacier is a spellbinding work in the spirit of Tarkovsky or Jodorowsky that reimagines the American frontier at the turn of the millennium, a time when suburban development was metastasizing and the Social was about to implode. Following a caterer at a convention center, a surveyor residing in a storage unit, and the masses lining up for an Event on the horizon, The Glacier is a poetic rendering of the pre-apocalypse and a requiem for the passing of one world into another.

“Rendered partly as prose poem—paragraphs strung down the pages like a necklace—and partly as sharply delivered play-script... this novel highlights the hollowness of rapid suburban growth at the turn of the millennium... Gorgeously and urgently written.”
—Library Journal, starred review

"Despite having the look, feel, and pace of a script, The Glacier reads very much like a novel, even as it leverages the screenplay format to allow for abrupt jump cuts and shifting angles, producing a 360-degree view of a world that might otherwise appear flat on the pages of a traditional work of prose fiction. One of the primordial pleasures for many readers is the sensation of the self disappearing during the reading process—the feeling that when we’re really, truly immersed in a book, a type of annihilation of self naturally occurs. In this sense, Wood’s book may suggest that losing sight of ourselves might not always be a bad thing."
—The Grist

"Jeff Wood’s cinematic anti-story and artwork... binds the genres of novel, screenplay, and poetry in a collage of horror and humming imagery. His work hangs in the balance of past, future, and apocalyptic present, weaving the themes of Midwestern suburbia, collective theater, disturbed nature, and transcendental experience."
—The Rumpus

"Call Jeff Wood's The Glacier what you will—a novel-in-screenplay-form; a prose poem on the themes of death, suburbia, and the cruel symmetries of cosmic time; a surreal prophecy from America's anguished heartland—it will remain what it was always aiming to be, and that's one of the most indelible and visionary movies you've ever seen."
—Jon Raymond, author of Old Joy, Wendy and Lucy, and Meek's Cutoff

"The Glacier is altogether new and incredibly familiar at the same time. It’s the story of what was and what can be, simultaneously. It seduces you slowly, the reader hypnotized from the first page."
—Heavy Feather Review

"Jeff Wood’s new book, described as “a novel in screenplay form,” looks at the current state of civilization, and its possible ending."
—Vol. 1 Brooklyn

"A true art movie bound into a book, in part for its radical, even possibly unprecedented, form. The Glacier unfolds during a turn-of-the-millenium construction boom, as Midwestern forests and fields are transformed into superstores, corporate centers, and endless suburban housing developments."
—Recommended reading: Jeff Wood talks to Jon Raymond at Late Night Library Jeff Wood is an actor and writer from Ohio currently living in Berlin. He is a founding member of the experimental film/art group Rufus Corporation and a Wallabout Oyster Theatre Player. His 10-year collaboration with Eve Sussman and Rufus Corporation produced the works 89 Seconds at Alcazar; The Rape of the Sabine Women; whiteonwhite:algorithmicnoir; and numerous international screenings including the MoMA, SFMOMA, The Smithsonian, The Whitney, and the Toronto, Berlin, Thessaloniki and Sundance Film Festivals. He was a 2014 Fellow in Screenwriting with the New York Foundation for the Arts.