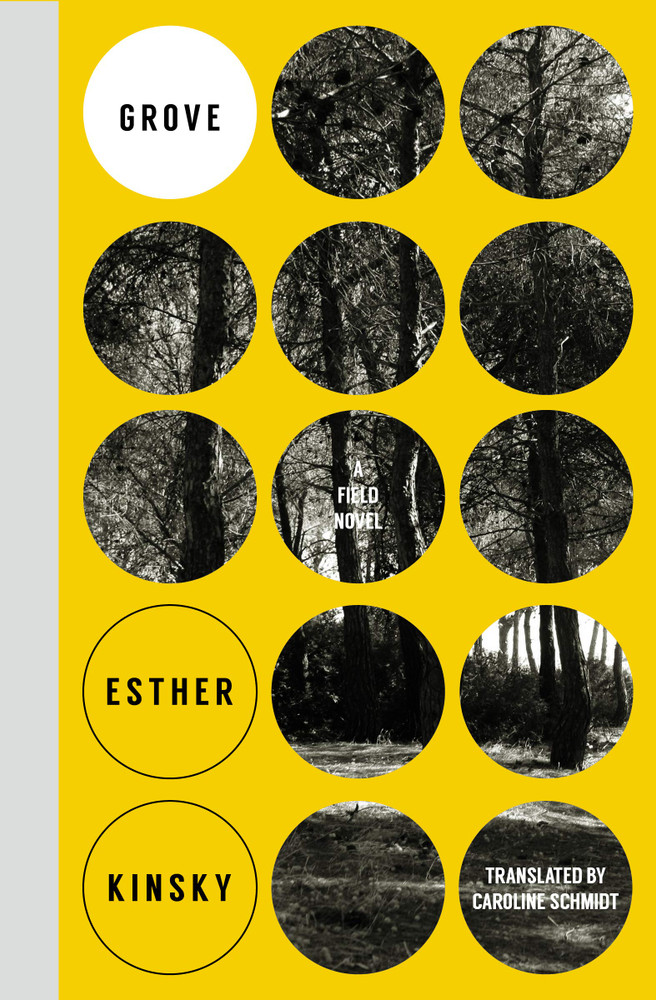 “Grove is a story of an existence stilled by loss, but the promise of life, and with it renewal and hope, pulses gently but steadily at its heart.”—Lucy Scholes, Financial Times

An unnamed narrator, recently bereaved, travels to a small village southeast of Rome. It is winter, and from her temporary residence on a hill between village and cemetery, she embarks on walks and outings, exploring the banal and the sublime with equal dedication and intensity. Seeing, describing, naming the world around her is her way of redefining her place within it. In Kinsky’s Grove, winner of the 2018 Leipzig Book Prize, grief must bear the weight of the world and full of grief the narrator becomes one with the brittle manifestations of the Italian winter.

“Grove is a story of an existence stilled by loss, but the promise of life, and with it renewal and hope, pulses gently but steadily at its heart.”—Lucy Scholes, Financial Times

“A philosophical jewel seeking revelation in interstices, absences, ruptures, and the passages between existence and memory."—Kirkus Reviews, Starred Review

“Like a landscape painter who day after day sets up their easel outside, Esther Kinsky directs her eyes onto the terrain, studies it at particular times and in ever-changing weather, seeks to understand its anatomy as well as the way it is used by people.”—Frankfurter Allgemeine Sonntagszeitung

“[Esther Kinsky] has an endless amount of words and expressions, an almost eerily differentiated vocabulary for the fallows, marshland, groves, woods, for that botanical-geological in-between, which is also an in-between of meaning . . . This much absence in the presence of words is rare, and it makes for great art.”—Süddeutsche Zeitung

“For it is this ambivalence, this relaxed cleaving asunder, this shimmering multiplicity of meanings, every thing the narrator notes and keeps from her two recent trips to Italy and the memory of countless previous ones with her long-dead father, that gives this book its extraordinary charm.”—Frankfurter Allgemeine Zeitung

“Delivered in rhythmic prose, sparsely furnished with metaphorical comparisons, and immaculately composed, Grove is an impressive song of mourning and, at the same time, a still life of subdued colors.”—Deutschlandfunk Kultur

“Esther Kinsky’s excursions and wanderings . . . are Italian Journeys of a unique kind. Appealing to all the senses they explore the external terrain, and yet take the reader inward, to potential closure with grief and pain, and to islands of solace. The traveler’s compassionate, precise gaze elicits from the landscape that which is usually concealed: mystery and beauty.”—BUCH-MAGAZIN

“Kinsky’s language is always a phonetic wonder. Stringing together chirping consonants and breathy vowels, her sentences have a sound to which one willingly submits. Essentially Kinsky is a musician, playing letters instead of notes.”—Rheinische Post

“Poetry of the most beautiful kind―Esther Kinsky’s works are exceptionally, exceptionally shimmering literary jewels. Kneel down before them!—literaturmarkt.info

Esther Kinsky grew up by the river Rhine and lived in London for twelve years. She is the author of three volumes of poetry and two novels, including River, and has translated many notable English (John Clare, Henry David Thoreau, Lewis Grassic Gibbon) and Polish (Miron Białoszewski, Zygmunt Haupt, Ida Fink, Olga Tokarczuk) authors into German. Grove is the winner of the 2018 Leipzig Book Prize.