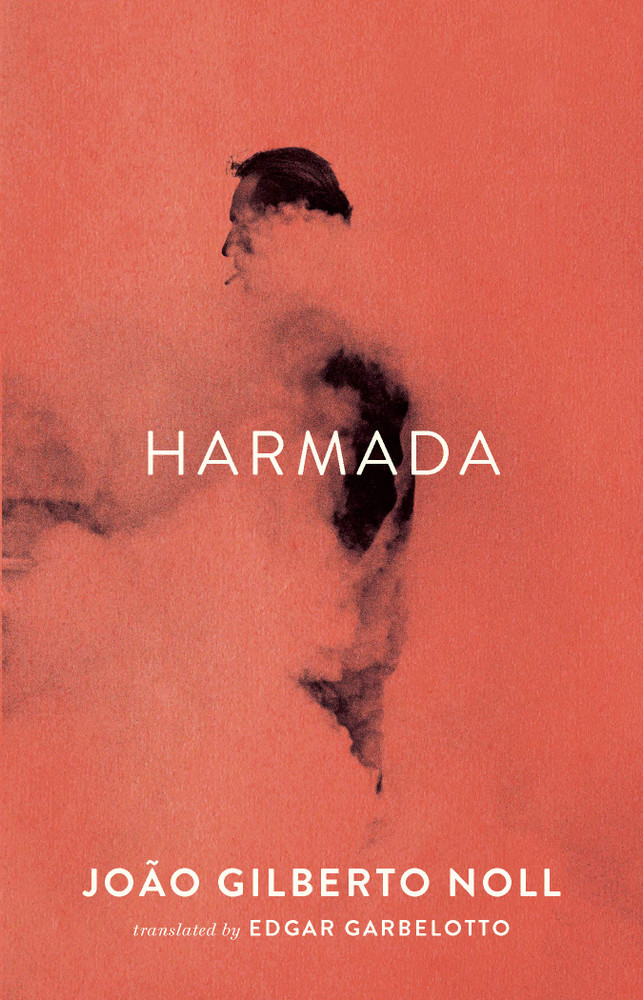 “Noll is a hero of Brazilian literature who deserves to be widely known in the English-speaking world and this fascinating shape-shifting novel is a wonderful introduction to his work.” ―Jenny Offill, author of Weather

Like an Edenic Adam birthed from the clay, our narrator rises to his feet from the muck―reborn, or something like that. Unbeknownst to him, he’s on a desperate search for Harmada, the capital city of an unnamed nation and the land of his former glory. Told using Noll’s characteristic fragmented logic and spirited prose, Harmada traces the life of this nameless man on a voyage that takes him from aimless outcast to revered director of avant-garde theater, from asylum patient to father to God, conjuring along the way essential questions about the power of art and storytelling, the vanity of glory, and the meaning of freedom.

A mythic tale of art and displacement nimbly translated from Portuguese by Edgar Garbelotto, Harmada serves as yet another reminder of João Gilberto Noll’s sublime literary power: generous in its mystery; earthbound in its essential urges; and entirely unpredictable.

“The provocative and outlandish story of a washed-up actor drifting through the fantastical city of Harmada.… The book flows with the logic of dreams, the scenes altering as suddenly and inscrutably as the narrator’s explosive urges.” ―Publishers Weekly

“A novel as allusive and parsimonious with its narrative context as Harmada begs the reader to engage with it as if it were a puzzle to be solved. But the references to heroes and serpents, mysterious playwrights and haunted poets, lost loves and old friends, ultimately lack consequence. They are but the detritus swept along in the floodwaters of its narrative. For this is Harmada’s achievement: its power to move, wiping out any impediments to its progress―even the expected handholds of a traditional novel.” ―Southwest Review

“This masterpiece, although confusing to navigate at first, speaks to a whole new way of interpreting experience and subjectivity –– one recommended to those seeking a new and unconventional literary adventure.” ―The Harvard Crimson

“Noll is a hero of Brazilian literature who deserves to be widely known in the English-speaking world and this fascinating shape-shifting novel is a wonderful introduction to his work.” ―Jenny Offill, author of Weather

“Noll is a master of prose, one of Brazil’s true literary icons.” ―Literary Hub

“One of the most celebrated writers in contemporary Brazilian literature.” ―Guernica magazine

“The haunting sensibilities of João Gilberto Noll’s fiction point to why it’s continuing to find readers now, and why it continues to be all too relevant. This is unsettling fiction in the best way.” ―The Culture Trip

“João Gilberto Noll could make any life into a compelling novel.” ―Music & Literature

João Gilberto Noll (1946–2017) is the author of nearly twenty books. His work appeared in Brazil’s leading periodicals, and he was a guest of the Rockefeller Foundation, King’s College London, and the University of California at Berkeley, as well as a Guggenheim Fellow. A five-time recipient of the Prêmio Jabuti, and the recipient of more than ten awards in all, he died in Porto Alegre, Brazil, at the age of 70.

Edgar Garbelotto is a writer and translator born in Brazil and based in the U.S. for the past 20 years. His translation of João Gilberto Noll’s novel Lord was published by Two Lines Press in 2019. His work has appeared in the Kenyon Review Online, Asymptote, Ninth Letter, Little Patuxent Review, and elsewhere. He holds an MFA in Creative Writing from the University of Illinois. Terra Incognita, written in both Portuguese and English, is his debut novel.