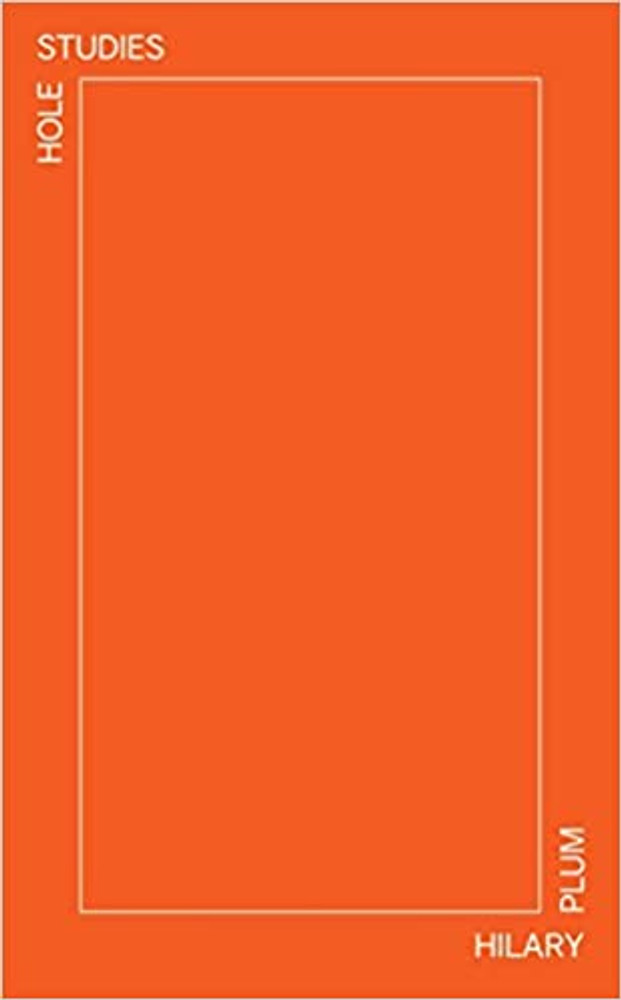 HOLE STUDIES is a book about care and the forms it may take.

An essay collection on writing and labor, art and activism, attention as a transformative practice, difference and collaboration, adjuncting and the margins of the academy, whiteness and its weapons, professionalization and its discontents, the radical importance of surprise, friendship at work, the self and its public and private modes: HOLE STUDIES keeps listening. What is it we need from each other? What could we still make happen? This book looks for forms of responsiveness and moments that matter. It honors everyday acts of thinking and trying. Essays explore the music of the Swet Shop Boys, the literature of the US's brutal war in Iraq, the career of Sinéad O'Connor, the aesthetics of the Dirtbag Left, the legacies of the "war on terror," feminism on the job, and illness in America. HOLE STUDIES is an intimate document and a critical guide. HOLE STUDIES would like to work for you.

"If Montaigne returned today as a feminist and Sontag a poet, they might have together crafted an essay collection as astonishing as Hilary Plum's HOLE STUDIES. Plum rigorously examines her many subjects (from a history journal's MLA citations to Sinéad O'Connor's infamous televised protest) and then rigorously interrogates her examinations. Each page holds more brilliance and artistry than should be possible. HOLE STUDIES is an exciting read and a conceptual achievement, and Plum is one of the best American essayists around."
--Jeannie Vanasco

"Hilary Plum offers a vital interrogation of our very reason for being in this striking volume of essays. Her explorations range from the personal to the global, from the expansive traumas of war to the exponential reach of pop culture. Her reflections are often debilitating, yet she ultimately guides us toward the beginnings of forms, frameworks, and reasons for why we might want to keep moving forward in a destabilized world."
--Andre Perry

"When Sinéad O'Connor ripped up the pope on SNL, in 1992, I think I was more changed, more moved, as a human, woman, and artist, than I've ever been able to articulate even to myself. Courtney Love, in 2005, warned other women about Harvey Weinstein on TV, 12 years before it was at all ok to do so. HOLE STUDIES is a space to watch and describe and repeat these kinds of utterances--these miracles--and to shine that unflinching, flexible, responsive and feeling kind of light (that light of dignified presence) into all these dustbins and hollows and holy hell holes full of maggots and molesters, colonizers, CEOs, all our bloated most belligerent ogres. Hilary Plum articulates to me what these real utterances have meant and I leave this book only thinking of the ways, one way, I might say something of value--off-script--before I'm dead."
--Caren Beilin

"I didn't realize how much, in this moment, I needed to read about literature as a space of "radical hope" until I was in the midst of HOLE STUDIES. Literature, in Hilary Plum's brilliant, generous analysis, is at its most potent when it enacts language and form to create a space of sharing, care, and transformation, where the stakes are the stakes of how to be together in the world--which is to say, the stakes of love."
--Sara Jaffe