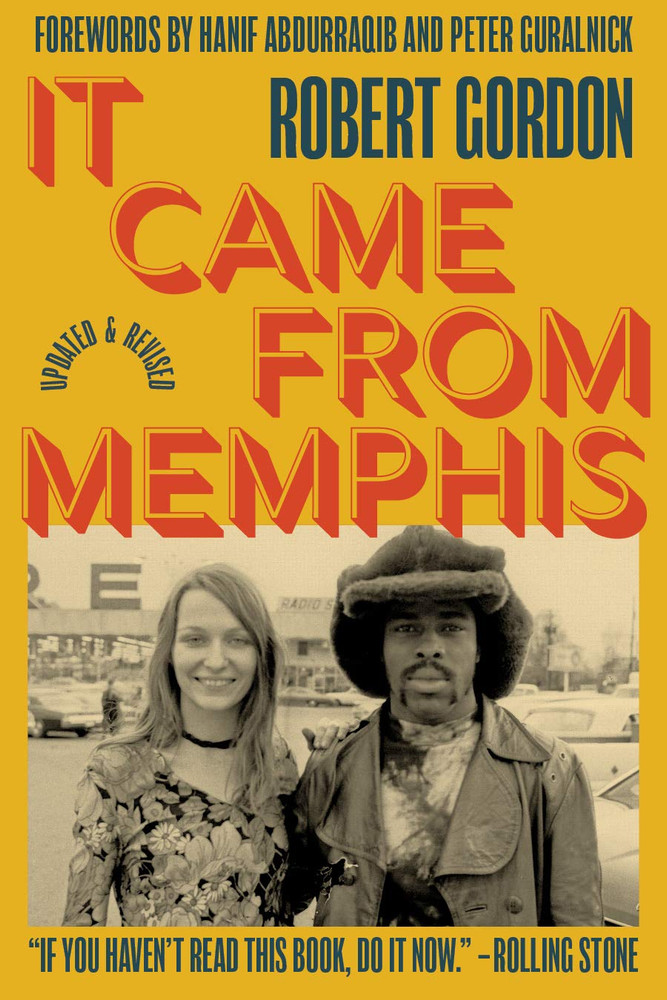 It Came From Memphis

Vienna in the 1880s. Paris in the 1920s. Memphis in the 1950s. These are the paradigm shifts of modern culture. Memphis then was like Seattle with grunge or Brooklyn with hip-hop―except the change was more than musical: Underground Memphis embraced African American culture when dominant society abhorred it. The effect rocked the world. We’re all familiar with the stars’ stories, but It Came From Memphis runs with the the kids in that first rock and roll audience, where they befriended the older blues artists, the travails of blazing a rock and roll career path where one had not existed (nor did society welcome it), and the adventures―sometimes drug-fueled, often accidental, always pushing the envelope―that epitomize the rock and roll experience. Stars pass through―Elvis, Aretha, Jerry Lee―but the emphasis is on the singular achievements of Alex Chilton, Jim Dickinson, Furry Lewis and wrestler Sputnik Monroe. This is a book about the weirdos, winos and midget wrestlers who forged the rock and roll spirit, unwittingly changing the fabric of America. Music liberated that Memphis audience, and the world followed.

Superb ―The New York Times  An affectionate rumination ―The New Yorker If you haven’t read this book, do it now. – Rolling Stone “This collection is a distinctly American story with social and cultural ramifications we can only begin to calibrate, so deeply ingrained as they are in the national character.” ―The Washington Post Book World “A remarkable literary feat.” ―Los Angeles Reader “ Gordon creates a vivid portrait of the place and the music―what he calls its simplicity, its eccentricity, its soul―through a freewheeling, anecdotal narrative that mixes the fervor of a fan, the flair of a storyteller and the clear-eyed perspective of a critic.” ―The Philadelphia Inquirer “A collection of colorful stories about a number of artists and local crazies.” ―Billboard “A sterling job. . . . A worthwhile document.” ―The Irish Times

Peter Guralnick has been called “a national resource” by critic Nat Hentoff for work that has argued passionately and persuasively for the vitality of this country’s intertwined black and white musical traditions. His books include the prize-winning two-volume biography of Elvis Presley, Last Train to Memphis and Careless Love. Of the first Bob Dylan wrote, “Elvis steps from the pages. You can feel him breathe. This book cancels out all others.” He won a Grammy for his liner notes for Sam Cooke Live at the Harlem Square Club and wrote and coproduced the documentary Sam Phillips: The Man Who Invented Rock ‘n’ Roll as well as writing the scripts for the Grammy-winning documentary Sam Cooke/Legend and Martin Scorsese’s blues documentary Feel Like Going Home. He is a recent inductee in the Blues Hall of Fame. Other books include an acclaimed trilogy on American roots music, Sweet Soul Music, Lost Highway, and Feel Like Going Home; the biographical inquiry Searching for Robert Johnson; and the novel, Nighthawk Blues. His latest book, Dream Boogie: The Triumph of Sam Cooke, has been hailed as “monumental, panoramic, an epic tale told against a backdrop of brilliant, shimmering music, intense personal melodrama, and vast social changes.” He is currently working on a biography of Sam Phillips

Hanif Abdurraqib is a poet, essayist, and cultural critic from Columbus, Ohio. His poetry has been published in Muzzle, Vinyl, PEN American, and various other journals. His essays and music criticism have been published in The FADER, Pitchfork, The New Yorker, and The New York Times. His first full length poetry collection, The Crown Ain't Worth Much, was released in June 2016 from Button Poetry. It was named a finalist for the Eric Hoffer Book Prize, and was nominated for a Hurston-Wright Legacy Award. With Big Lucks, he released a limited edition chapbook, Vintage Sadness, in summer 2017 (you cannot get it anymore and he is very sorry.) His first collection of essays, They Can't Kill Us Until They Kill Us, was released in winter 2017 by Two Dollar Radio and was named a book of the year by Buzzfeed, Esquire, NPR, Oprah Magazine, Paste, CBC, The Los Angeles Review, Pitchfork, and The Chicago Tribune, among others. He released Go Ahead In The Rain: Notes To A Tribe Called Quest with University of Texas press in February 2019. The book became a New York Times Bestseller, and was met with critical acclaim. His second collection of poems, A Fortune For Your Disaster, was released in 2019 by Tin House. He is a graduate of Beechcroft High School.

From the Inside Quietly