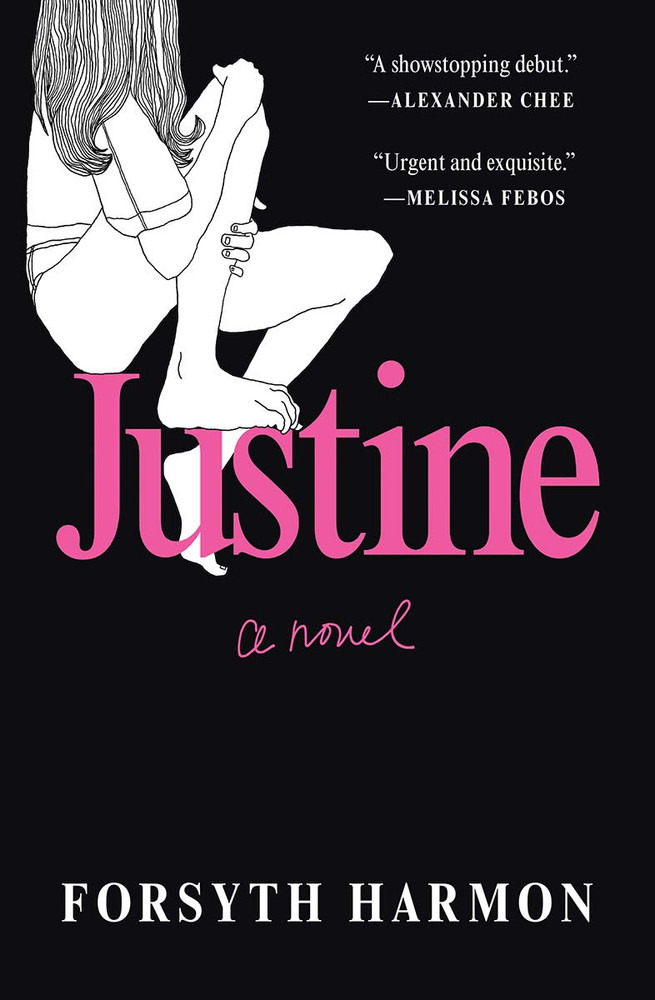 An "LGBTQ Book That Will Change The Literary Landscape in 2021" ―O, The Oprah Magazine

"Piercing. It shook me, and it made me see.” ―Victor LaValle

Summer 1999. Long Island, New York. Bored, restless, and lonely, Ali never expected her life would change as dramatically as it did the day she walked into the local Stop & Shop. But she’s never met anyone like Justine, the store’s cashier. Justine is so tall and thin she looks almost two-dimensional, and there’s a dazzling mischief in her wide smile. “Her smile lit me up and exposed me all at once,” Ali admits. “Justine was the light shining on me and the dark shadow it cast, and I wanted to stand there forever in the relief of that contrast.”

Ali applies for a job on the spot, securing a place for herself in Justine’s glittering vicinity. As Justine takes Ali under her wing, Ali learns how best to bag groceries, what foods to eat (and not to eat), how to shoplift, who to admire, and who she can become outside of her cold home, where her inattentive grandmother hardly notices the changes in her. Ali becomes more and more fixated on Justine, reshaping herself in her new idol’s image, leading to a series of events that spiral from superficial to seismic.

Justine, Forsyth Harmon’s illustrated debut, is an intimate and unflinching portrait of American girlhood at the edge of adulthood―one in which obsession hastens heartbreak.

"Crackling with the swift and satisfying fizz of Pop Rocks and Diet Coke, Harmon's first novel. . . . acutely captures that time in one's life when imitation feels like the sincerest form of freedom."
― O, The Oprah Magazine

"This is a beautifully illustrated and unique text―both supplied by Harmon―that explores the tender, excruciating and exhilarating experiences of girlhood, love, obsession and coming of age."
― Ms. Magazine

"A propulsive depiction of what a summer in the New York suburbs felt like before iPhones and what a crush can drive someone to do. . . . A novel that captures the emotional intensity, confusion, and quickness of adolescence."
― Kirkus Reviews

"A razor-sharp depiction of the ways this world can bend a body to its breaking point."
― Paperback Paris

"A show-stopping debut."
― Alexander Chee, author of How to Write an Autobiographical Novel

"Urgent and exquisite."
― Melissa Febos, author of Abandon Me

"Devastatingly attuned to the longing, loathing, and eroticism that can run between two teenage girls."
― Hermione Hoby, author of Neon in Daylight

"Nervy, exacting illustrations and effortless prose . . . with the clarity and mystery of a black opal."
― Catherine Lacey, author of Pew

Forsyth Harmon is the illustrator of The Art of the Affair by Catherine Lacey, and has collaborated with writers Alexander Chee, Hermione Hoby, Sanaë Lemoine, and Leslie Jamison. She is also the illustrator of the essay collection, Girlhood, by Melissa Febos. Forsyth’s work has been featured in The Believer, Tin House, Virginia Quarterly Review, and The Awl. She received an MFA from Columbia University and currently lives in New York.