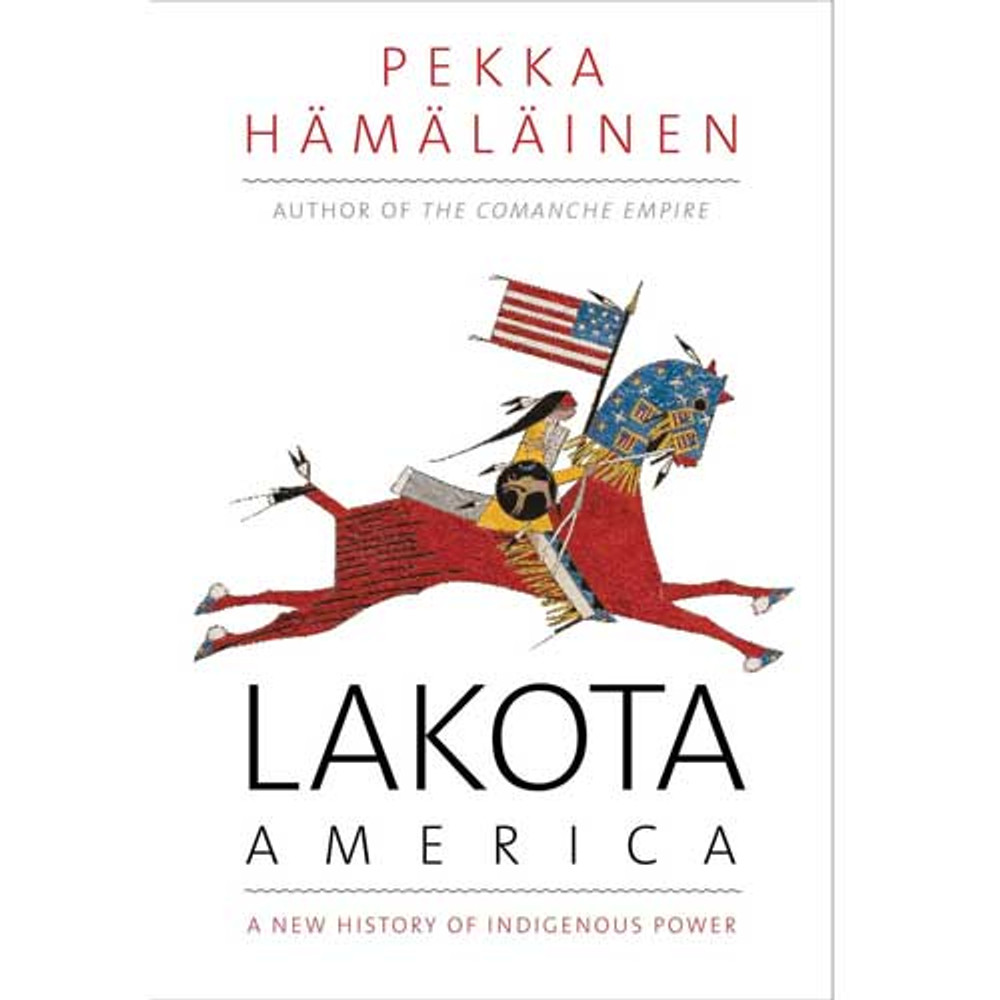 “All nations deserve to have their stories told with this degree of attentiveness.”—Parul Sehgal, New York Times
"A briliant, bold, gripping history."—Simon Sebag Montefiore, London Evening Standard, Best Books of 2019

This first complete account of the Lakota Indians traces their rich and often surprising history from the early sixteenth to the early twenty‑first century. Pekka Hämäläinen explores the Lakotas’ roots as marginal hunter‑gatherers and reveals how they reinvented themselves twice: first as a river people who dominated the Missouri Valley, America’s great commercial artery, and then—in what was America’s first sweeping westward expansion—as a horse people who ruled supreme on the vast high plains.

The Lakotas are imprinted in American historical memory. Red Cloud, Crazy Horse, and Sitting Bull are iconic figures in the American imagination, but in this groundbreaking book they emerge as something different: the architects of Lakota America, an expansive and enduring Indigenous regime that commanded human fates in the North American interior for generations. Hämäläinen’s deeply researched and engagingly written history places the Lakotas at the center of American history, and the results are revelatory.

“Impressive. . . . Lakota America takes us from the 16th century to the present, with painstaking, carefully marshaled detail, but its real feat is in threading how the Lakota philosophy and vision of the world guided their reinventions and their dealings with colonial powers. . . . Hämäläinen has the novelist’s relish for the strange, pungent detail . . . [in this ] accomplished, and subtle, study.”—Parul Sehgal, New York Times


“Hämäläinen is one of the world’s leading experts on nomadic equestrian peoples. His latest monograph focuses on the evolution of the Lakota from the 16th to 21st century. . . . The ability [of the Lakota] to adapt to changing circumstance, as exhibited first in the Missouri Valley and later in the Great Plains, has continued into the present, as the Lakota have been central to the effort to demand tribal sovereignty. . . . Essential.”—John R. Burch, Library Journal, starred review


“Lakota America is beautifully researched, persuasively argued, and justifiably audacious in its reach and implications.  It is both a landmark in American Indian history and a provocative rethinking of North American history generally.”—Elliott West, University of Arkansas


“Sitting Bull and Crazy Horse live in history as great warriors. Hämäläinen’s brilliant exploration of the history and culture of the people that produced these two men is destined to become a classic.”—Annette Gordon-Reed, Harvard University


“Like the Lakotas he studies, Pekka Hämäläinen is a shapeshifter. He is nuanced, nimble, and wise, with an uncanny capacity for reinvention as new understandings come to light. The result is stunning. To read Lakota America is to rethink American history itself.”—Elizabeth Fenn, University of Colorado Boulder

Pekka Hämäläinen is the Rhodes Professor of American History and Fellow of St. Catherine’s College at Oxford University. He has served as the principal investigator of a five‑year project on nomadic empires in world history, funded by the European Research Council. His previous book, The Comanche Empire, won the Bancroft Prize in 2009.

Nazi Literature in the Americas

A Little Devil in America