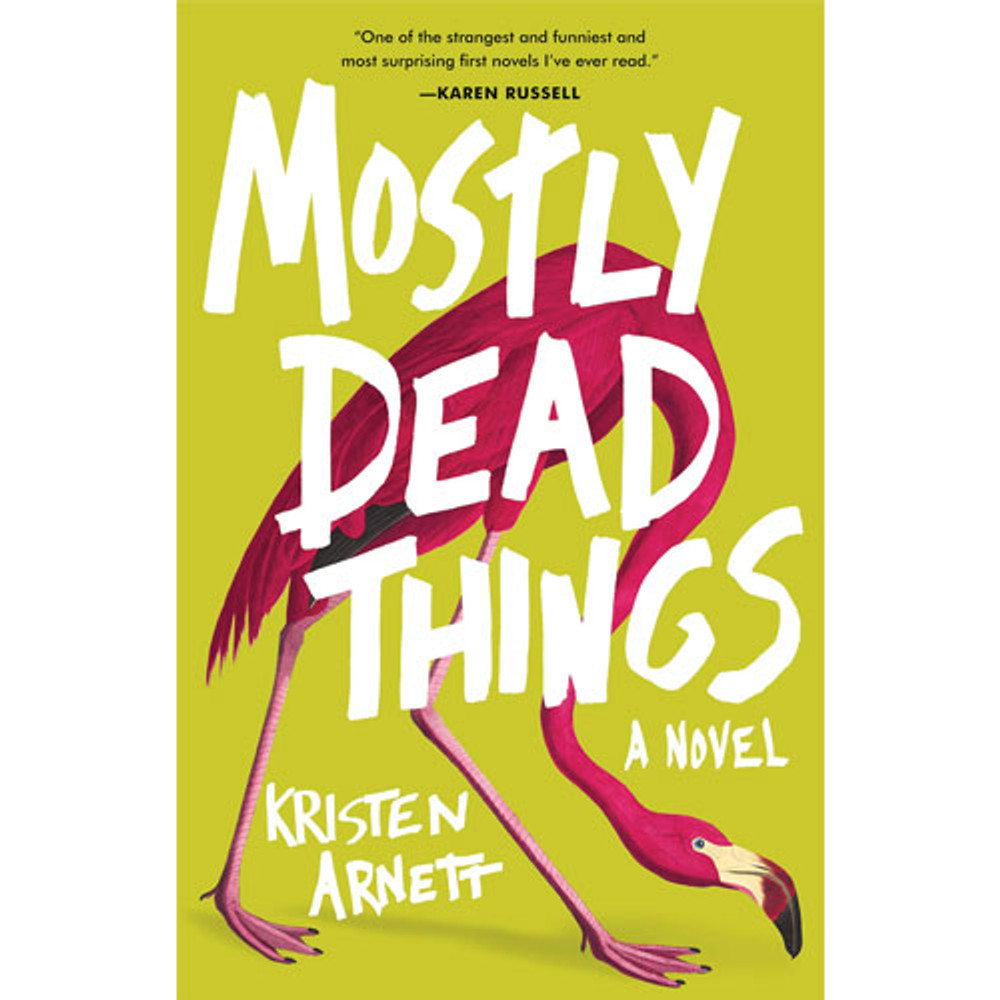 What does it take to come back to life? For Jessa-Lynn Morton, the question is not an abstract one. In the wake of her father’s suicide, Jessa has stepped up to manage his failing taxidermy business while the rest of the Morton family crumbles. Her mother starts sneaking into the taxidermy shop to make provocative animal art, while her brother, Milo, withdraws. And Brynn, Milo’s wife―and the only person Jessa’s ever been in love with―walks out without a word. It’s not until the Mortons reach a tipping point that a string of unexpected incidents begins to open up surprising possibilities and second chances. But will they be enough to salvage this family, to help them find their way back to one another? Kristen Arnett’s breakout bestseller is a darkly funny family portrait; a peculiar, bighearted look at love and loss and the ways we live through them together.

“Arnett possesses all the bravery her characters dream of. There’s none of the shyness and self-consciousness of so much American fiction that masks itself as austerity. She writes comic set pieces to make you laugh, sex scenes to turn you on. The action flips from the past to the present, swimming through first love and first grief on a slick of red Kool-Aid and vodka, suntan oil and fruity lip gloss, easy and unforced. This book is my song of the summer.”
- Parul Sehgal, The New York Times

“It's darkly funny, both macabre and irreverent, and its narrator is so real that every time I stopped reading the book, I felt a tiny pull at the back of my mind, as if I'd left a good friend in the middle of a conversation.”
- NPR

“The writing is subtle and meditative, with the tactile weight of dense fur . . . taxidermy can, Arnett argues, bring us closer to life . . . . Arnett, transposing the metaphor out of the horror genre, closes the distance between viewer and viewed. She takes taxidermy seriously as a craft, not just as a device; she makes it real and intimate . . . it gives readers a fresh way to think about fiction itself, which lives, or half lives, on the rippling cusp of the real.”
- The New Yorker

“Precisely as strange, riotous, searing, and subversive as you’d want it to be. And, yes, its humor is as dark and glinting as the black plastic eye of a taxidermy ferret. . . . [A] celebration of the strangeness of life and love and loss, all of it as murky as a Florida swamp but beautiful in its wildness.”
- NYLON

“Set in a richly rendered Florida and filled with delightfully wry prose and bracing honesty, Arnett’s novel introduces a keenly skillful author with imagination and insight to spare.”
- Publishers Weekly

“Arnett is a talented and original writer, and everybody paying attention to her work will be eagerly awaiting whatever else she has in store.”
- Shelf Awareness, starred review

Kristen Arnett is a queer fiction and essay writer. She won the 2017 Coil Book Award for her debut short fiction collection, Felt in the Jaw, and was awarded Ninth Letter’s 2015 Literary Award in Fiction. She lives in Florida. Follow her on Twitter @Kristen_Arnett.

The Dead Are Arising