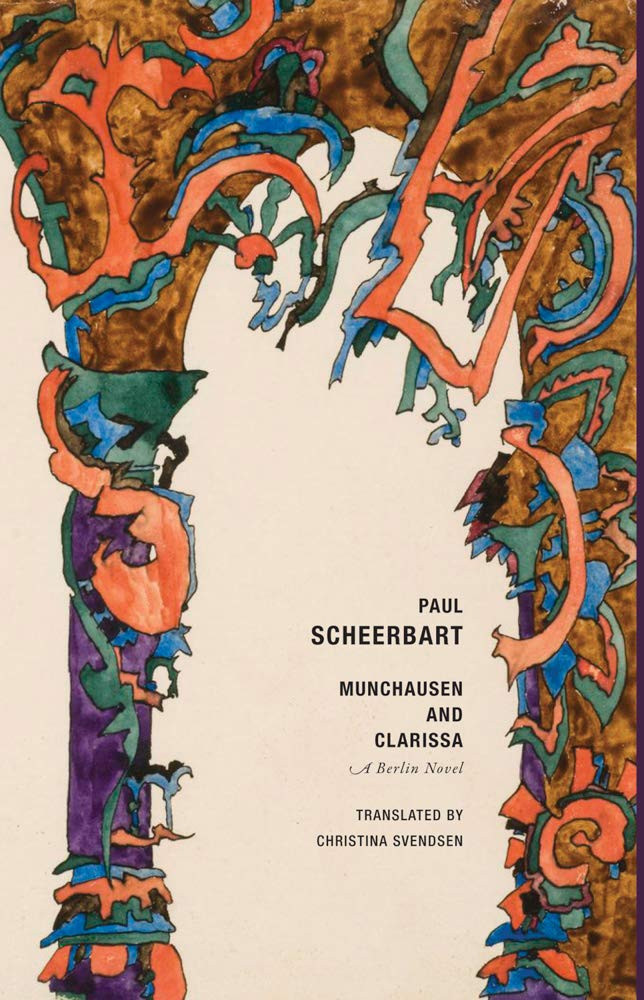 Baron Munchausen returns with visions of mobile architecture and journeys to sausage moons, in this previously untranslated novel from Paul Scheerbart

It is 1905 and a raging stupidity is holding sway over Europe. As an 18-year-old Clarissa and her family take refuge on the icy shores of Lake Wannsee, the legendary Baron Munchausen makes an unexpected appearance at their door. Returning to German society after a century of absence at the ripe age of 180, the Baron is cajoled into presenting his impressions of the World Fair in Melbourne, Australia, to a select gathering of Berlin celebrities. Over the course of a week, the sprightly Baron arrives nightly by sleighmobile to combat the dreary days with a series of fantastical visions and theories: he discusses mobile architecture, the role of technology in the arts and the need for art to ignore nature in its quest to discover new planetary organs and senses; the new household miracles of vacuum tubes for cleaning and potato-peeling machines; the repressive function of sexuality; and the need for progressive taxation. His tales of Melbourne eventually take his audience from a restaurant in the ocean depths to the dwellings of mineral giants in mountain caverns, before culminating in a spiritual voyage to outer space among sausage moons and sun-skins.

Paul Scheerbart (1863-1915) was a novelist, playwright, poet, critic, draftsman, visionary, proponent of glass architecture and would-be inventor of perpetual motion. Dubbed the “wise clown” by his contemporaries, he opposed the naturalism of his day with fantastical fables and interplanetary satires that would influence Expressionist authors and the German Dada movement, and which helped found German science fiction.