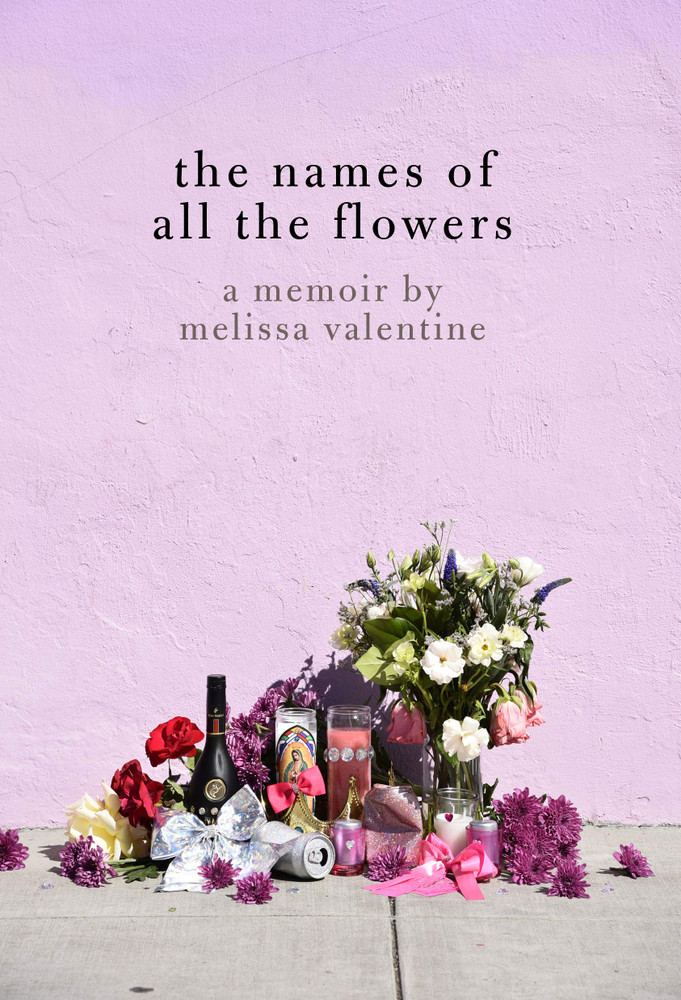 Names of All the Flowers

Set in rapidly gentrifying 1990s Oakland, this memoir—"poignant, painful, and gorgeous" (Alicia Garza)—explores siblinghood, adolescence, and grief in a family shattered by loss.

Melissa and her older brother Junior grow up running around the disparate neighborhoods of 1990s Oakland, two of six children to a white Quaker father and a black Southern mother. But as Junior approaches adolescence, a bullying incident and later a violent attack in school leave him searching for power and a sense of self in all the wrong places; he develops a hard front and falls into drug dealing. Right before Junior’s twentieth birthday, the family is torn apart when he is murdered as a result of gun violence.

The Names of All the Flowers connects one tragic death to a collective grief for all black people who die too young. A lyrical recounting of a life lost, Melissa Valentine’s debut memoir is an intimate portrait of a family fractured by the school-to-prison pipeline and an enduring love letter to an adored older brother. It is a call for justice amid endless cycles of violence, grief, and trauma, declaring: “We are all witness and therefore no one is spared from this loss.”

“In this poignant, painful, and gorgeous memoir, Melissa Valentine bravely explores what faces black boys and men, through the eyes of a black woman, sister, daughter, and member of a family whose lives are altered forever, time and time again. The Names of All the Flowers encourages us to be brave too; brave enough to imagine a world that loves black people, in all of our complexities.” —Alicia Garza, cofounder, Black Lives Matter

"You will think about this book for a very long time.” —Catherine McKinley, author of The Book of Sarahs: A Family in Parts

“Valentine’s words on grief and trauma will stick with me for life: ‘We are all witness and therefore no one is spared from this loss.’ This is a book I know I’ll return to time and time again.” —Tyler Ford, founding editor, them

“Sharp and incredibly courageous, The Names of All the Flowers is an act of profound love, profound service. Valentine gives herself the task of speaking the words of all of our grief, all of our trauma, and she does so with unexpected beauty and honesty. I could not resist this book. In the end, it broke me.” —Carvell Wallace, writer, New York Times Magazine

“Valentine’s heartfelt memoir of losing her brother expresses the grief of being a black woman left behind when a black man dies to gun violence, and the specific condition of growing up mixed race in Oakland. As such, it’s a portrait of a place, a person who died too young, the systems that led to that death, and the keen insights of the author herself. Lyrical and smart, with appropriate undercurrents of rage.” —Emily Raboteau, author of Searching for Zion: The Quest for Home in the African Diaspora

“The Names of All the Flowers poignantly builds up to its heartbreaking loss with loving details. Valentine’s painstaking dedication to honor her brother’s life shines through with every sentence.” —YZ Chin, author of Though I Get Home

“A stunning, evocative, and timely debut by a writer who carries the heritage and history of this country in her veins. As a biracial black girl growing up between the hood and affluent parts of Oakland, Valentine dives head first into that place of in-betweenness, of belonging and not, of the distances between a brother and sister as they make their way in a world beset by the cruelty of antiblack racism. Valentine immortalizes the grief and despair in the loss of her brother, but at the same time, indelibly paints the beautiful gravity of Oakland. She will leave you breathless, time after time again.” —Melissa R. Sipin, editor in chief, TAYO Literary Magazine

Melissa Valentine is a writer from Oakland, CA. She earned her BA from Sarah Lawrence College and her MFA in creative writing from Mills College. She has been a fellow at the San Francisco Writers' Grotto, and her work has appeared in Jezebel, Guernica, Apogee Journal, and others. Her writing has received honorable mention from Glimmer Train and the Ardella Mills Non-fiction Award. She currently lives in Brooklyn, NY.

All the Names Given