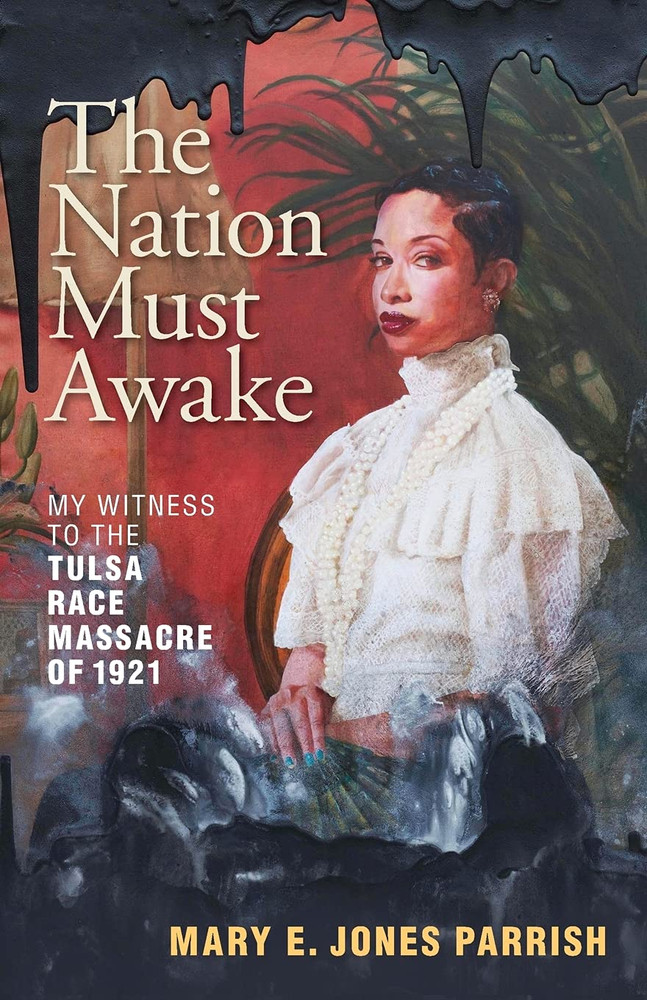 Nation Must Awake: My Witness to the Tulsa Race Massacre of 1921

Mary Parrish was reading in her home when the Tulsa race massacre began on the evening of May 31, 1921. Parrish’s daughter, Florence Mary, called the young journalist and teacher to the window. “Mother,” she said, “I see men with guns.”

The two eventually fled into the night under a hail of bullets and unwittingly became eyewitnesses to one of the greatest race tragedies in American history.

Spurred by word that a young Black man was about to be lynched for stepping on a white woman’s foot, a three-day riot erupted that saw the death of hundreds of Black Oklahomans and the destruction of the Greenwood district, a prosperous, primarily Black area known nationally as Black Wall Street. The murdered were buried in mass graves, thousands were left homeless, and millions of dollars worth of Black-owned property was burned to the ground. The incident, which was hidden from history for decades, is now recognized as one of the worst episodes of racial violence in the United States.

The Nation Must Awake, published for a wide audience for the first time, is Parrish’s first-person account, along with the recollections of dozens of others, compiled immediately following the tragedy under the name Events of the Tulsa Race Disaster. With meticulous attention to detail that transports readers to those fateful days, Parrish documents the magnitude of the loss of human life and property at the hands of white vigilantes. The testimonies shine light on Black residents’ bravery and the horror of seeing their neighbors gunned down and their community lost to flames.

Parrish hoped that her book would “open the eyes of the thinking people to the impending danger of letting such conditions exist and in the ‘Land of the Free and the Home of the Brave.’ ” Although the story is a hundred years old, elements of its racial injustices are still being replayed in the streets of America today. Includes an afterword by Anneliese M. Bruner, Parrish’s great-granddaughter, and an introduction by the late historian John Hope Franklin and Scott Ellsworth, author of The Ground Breaking: An American City and Its Search for Justice.

"The most important single source of the history of the massacre." ― Scott Ellsworth, author of The Ground Breaking: An American City and Its Search for Justice

"An extremely important, frequently cited, and quite special book in that it offers a rare, first-hand account of the Tulsa Race Massacre." ― Public Radio Tulsa

"[This book] has served as a primary source for almost every historian of the Tulsa Race Massacre." ― Tulsa World

"Bruner makes direct comparisons between the events of Tulsa in 1921 and the America of today, writing that the white mob who stormed the U.S. Capitol on Jan. 6, 2020, was a direct descendent of the 'King Mob' her great-grandmother had written about 100 years earlier." ― San Antonio Report

Mary Elizabeth Jones Parrish (1892–1972) was born in 1892 in Yazoo City, Mississippi. She moved to Tulsa around 1919 and worked teaching typing and shorthand at a branch of the YMCA. A trained journalist, Parrish gathered eyewitness accounts from survivors of the 1921 Tulsa race massacre and chronicled her own experience fleeing the violence with her young daughter. Those accounts were published in her book Events of the Tulsa Disaster, which was privately printed in 1922.

Anneliese M. Bruner, the great-granddaughter of Mary E. Jones Parrish, is a writer and editor who has worked in the business, media, and nonprofit sectors. She attended Bryn Mawr College. Her writing has appeared in Honey Magazine, Savoy Magazine, USAID FrontLines, and The Lily (Washington Post). She was born and raised in San Francisco, with stints in Oakland, and still considers California her home. She has lived in Washington, D.C., for more than thirty-five years.

John Hope Franklin (1915–2009) taught at a number of institutions, including Duke University, Howard University, and the University of Chicago. His 1947 landmark study of the African American experience, From Slavery to Freedom: A History of African Americans, remains among the most widely read works in the field. He was awarded the Presidential Medal of Freedom in 1995.

Scott Ellsworth is a professor of Afroamerican and African studies at the University of Michigan and the author of The Ground Breaking: An American City and Its Search for Justice and Death in a Promised Land: The Tulsa Race Riot of 1921, the first comprehensive history of the horrific 1921 Tulsa race massacre. He is helping to lead the ongoing effort to uncover the unmarked graves of massacre victims.

Ajamu Kojo is a native of Little Rock, Arkansas, and a graduate of Howard University. He splits his time developing independent film projects, working as a scenic artist on television and film productions, including Law & Order, Boardwalk Empire, Vinyl, and Bull, and concentrating on his artwork. He lives in Brooklyn, New York.