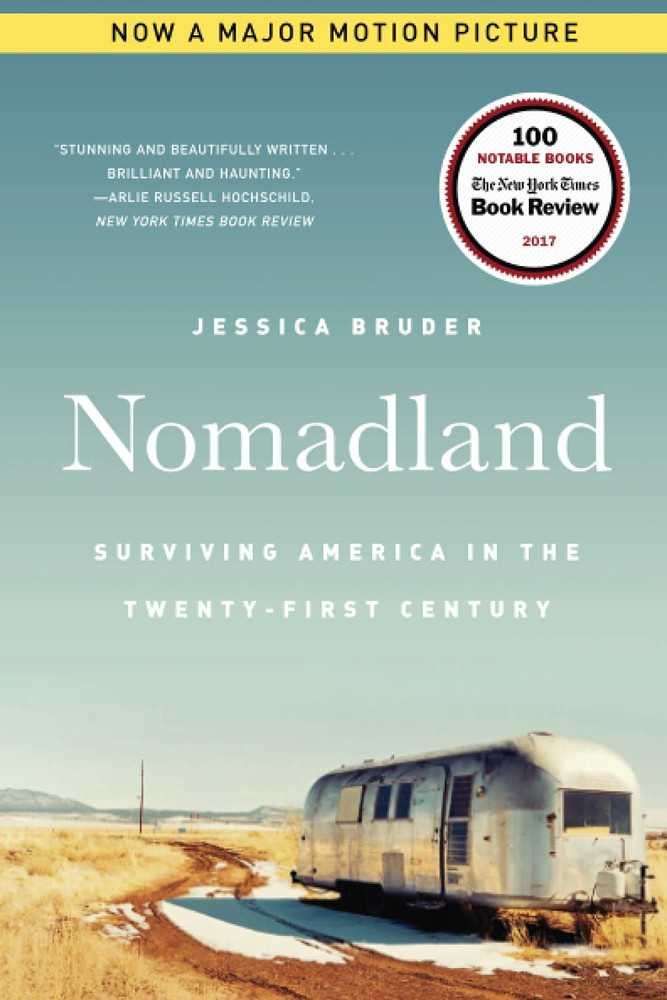 "People who thought the 2008 financial collapse was over a long time ago need to meet the people Jessica Bruder got to know in this scorching, beautifully written, vivid, disturbing (and occasionally wryly funny) book." ―Rebecca Solnit

From the beet fields of North Dakota to the National Forest campgrounds of California to Amazon’s CamperForce program in Texas, employers have discovered a new, low-cost labor pool, made up largely of transient older Americans. Finding that social security comes up short, often underwater on mortgages, these invisible casualties of the Great Recession have taken to the road by the tens of thousands in late-model RVs, travel trailers, and vans, forming a growing community of nomads.

On frequently traveled routes between seasonal jobs, Jessica Bruder meets people from all walks of life: a former professor, a McDonald’s vice president, a minister, a college administrator, and a motorcycle cop, among many others―including her irrepressible protagonist, a onetime cocktail waitress, Home Depot clerk, and general contractor named Linda May.

In a secondhand vehicle she christens “Van Halen,” Bruder hits the road to get to know her subjects more intimately. Accompanying Linda May and others from campground toilet cleaning to warehouse product scanning to desert reunions, then moving on to the dangerous work of beet harvesting, Bruder tells a compelling, eye-opening tale of the dark underbelly of the American economy―one that foreshadows the precarious future that may await many more of us. At the same time, she celebrates the exceptional resilience and creativity of these quintessential Americans who have given up ordinary rootedness to survive. Like Linda May, who dreams of finding land on which to build her own sustainable “Earthship” home, they have not given up hope.

"A remarkable book of immersive reporting.…Bruder is an acute and compassionate observer."
― Margaret Talbot, The New Yorker

"This is an important book.… A calmly stated chronicle of devastation. But told as story after story, it is also a riveting collection of tales about irresistible people―quirky, valiant people who deserve respect and a decent life."
― Louise Erdrich, author of Future Home of the Living God and The Round House

"At once wonderfully humane and deeply troubling, the book offers an eye-opening tour of the increasingly unequal, unstable, and insecure future our country is racing toward."
― Astra Taylor, The Nation

"Some readers will come because they’re enamored of road narratives, but Bruder’s study should be of interest to anyone who cares about the future of work, community, and retirement."
― Peter C. Baker, Pacific Standard

"Bruder tells [this] story with gripping insight, detail and candor. In the hands of a fine writer, this is a terrific profile of a subculture that gets little attention, or is treated by the media as a quirky hobby, rather than a survival strategy."
― Peter Simon, Buffalo News

Jessica Bruder is an award-winning journalist whose work focuses on subcultures and the dark corners of the economy. She has written for Harper’s Magazine, the New York Times, and the Washington Post. Bruder teaches at the Columbia School of Journalism.