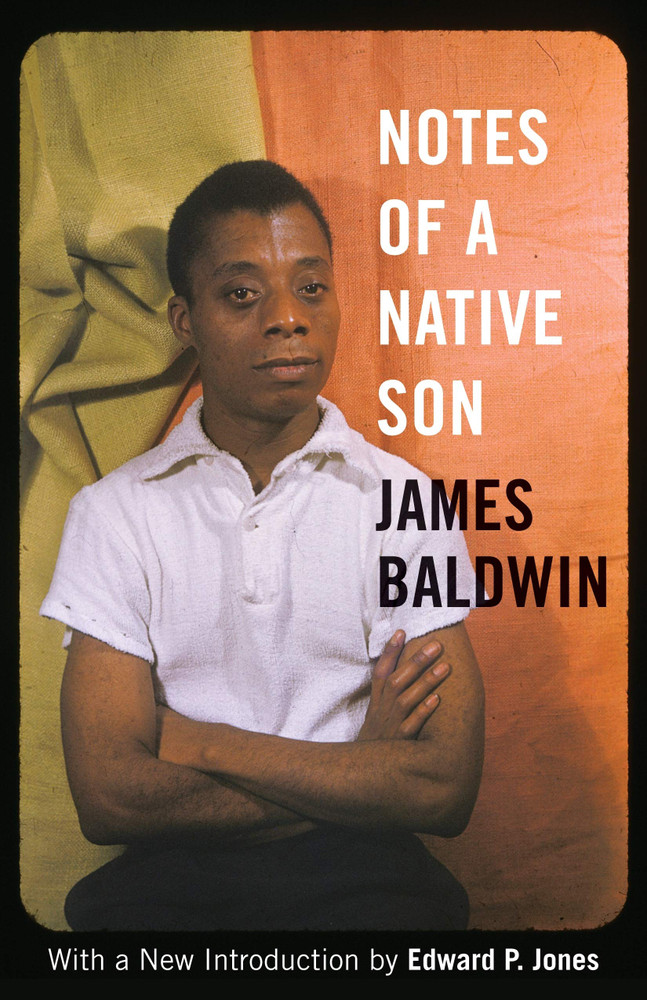 Notes of a Native Son

#26 on The Guardian's list of 100 best nonfiction books of all time, the essays explore what it means to be Black in America.

In an age of Black Lives Matter, James Baldwin's essays on life in Harlem, the protest novel, movies, and African Americans abroad are as powerful today as when they were first written. With films like I Am Not Your Negro and the forthcoming If Beale Street Could Talk bringing renewed interest to Baldwin's life and work, Notes of a Native Son serves as a valuable introduction.

Written during the 1940s and early 1950s, when Baldwin was only in his twenties, the essays collected in Notes of a Native Son capture a view of black life and black thought at the dawn of the civil rights movement and as the movement slowly gained strength through the words of one of the most captivating essayists and foremost intellectuals of that era. Writing as an artist, activist, and social critic, Baldwin probes the complex condition of being black in America. With a keen eye, he examines everything from the significance of the protest novel to the motives and circumstances of the many black expatriates of the time, from his home in “The Harlem Ghetto” to a sobering “Journey to Atlanta.”

Notes of a Native Son inaugurated Baldwin as one of the leading interpreters of the dramatic social changes erupting in the United States in the twentieth century, and many of his observations have proven almost prophetic. His criticism on topics such as the paternalism of white progressives or on his own friend Richard Wright’s work is pointed and unabashed. He was also one of the few writing on race at the time who addressed the issue with a powerful mixture of outrage at the gross physical and political violence against black citizens and measured understanding of their oppressors, which helped awaken a white audience to the injustices under their noses. Naturally, this combination of brazen criticism and unconventional empathy for white readers won Baldwin as much condemnation as praise.

Notes is the book that established Baldwin’s voice as a social critic, and it remains one of his most admired works. The essays collected here create a cohesive sketch of black America and reveal an intimate portrait of Baldwin’s own search for identity as an artist, as a black man, and as an American.

“The wonderful thing about writers like Baldwin is the way we read them and come across passages that are so arresting we become breathless and have to raise our eyes from the page to keep from being spirited away.”
—Edward P. Jones, from his new introduction

“A straight-from-the-shoulder writer, writing about the troubled problems of this troubled earth with an illuminating intensity.”
—Langston Hughes, The New York Times Book Review

“He named for me the things you feel but couldn’t utter . . . articulated for the first time to white America what it meant to be American and a black American at the same time.”
—Henry Louis Gates Jr.

“I owe a tremendous debt to the example of his work.”
—John Edgar Wideman

“Baldwin’s vision, his humor, his tragically beautiful style, make this a book [to] . . . turn to for a long time.”
—Kay Boyle, The American Scholar

James Baldwin (1924–1987) was a novelist, essayist, playwright, poet, and social critic, and one of America’s foremost writers. His writing explores palpable yet unspoken intricacies of racial, sexual, and class distinctions in Western societies, most notably in mid-twentieth-century America. A Harlem, New York, native, he primarily made his home in the south of France. He is the author of several novels and books of nonfiction, including Notes of a Native Son, Go Tell It on the Mountain, Giovanni’s Room, Another Country, Tell Me How Long the Train’s Been Gone, If Beale Street Could Talk, Just Above My Head, The Fire Next Time, No Name in the Street, and The Evidence of Things Not Seen, and of the poetry collection Jimmy’s Blues.