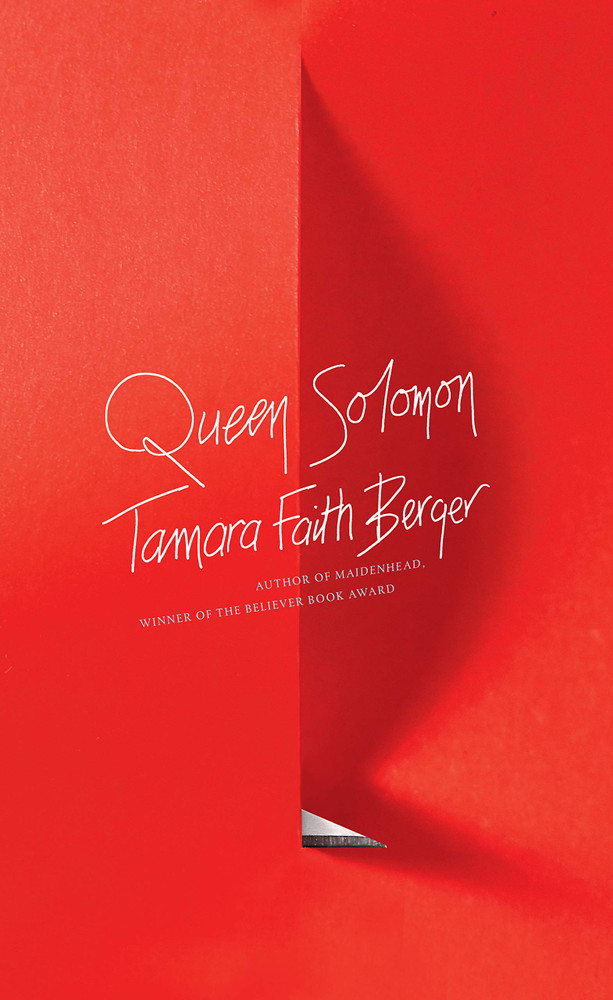 This title is the March 2020 pick for the UNICORN BOOKCLUB! Find out more here.

It's just another boring summer for our teenaged narrator — until Barbra arrives. An Ethiopian Jew, Barbra was brought to Israel at age five, a part of Operation Solomon, and now our narrator's well-intentioned father has brought her, as a teen, to their home for the summer. But Barbra isn't the docile and grateful orphan they expect, and soon our narrator, terrified of her and drawn to her in equal measure, finds himself immersed in compulsive psychosexual games with her, as she binge-drinks and lies to his family. Things go terribly wrong, and Barbra flees. But seven years later, as our narrator is getting his life back on track, with a new girlfriend and a master's degree in Holocaust Studies underway, Barbra shows up at our narrator's house once again, her "spiritual teacher" in tow, and our narrator finds his politics, and his sanity, back in question.

Queen Solomon is another masterful take on the politics of sex, race, and power from the author of the Believer Book Award–winning Maidenhead.

'Tamara Faith Berger has been writing challenging and sexy books for more than a decade, but [Maidenhead] is her best yet. She handles race and class as deftly as she does the effects of internet pornography on our sex lives and our moral lives — subjects that might be turned into excuses for sermons, but which she renders in original and shocking ways.'
—The Believer

'Maidenhead is a mesmerizing and important novel, lying somewhere between the wilds of Judy Blume, Girls Gone Wild and Michel Foucault. It’s a thrilling, enlightening and really hot place to be.'
—Sheila Heti, The Globe and Mail