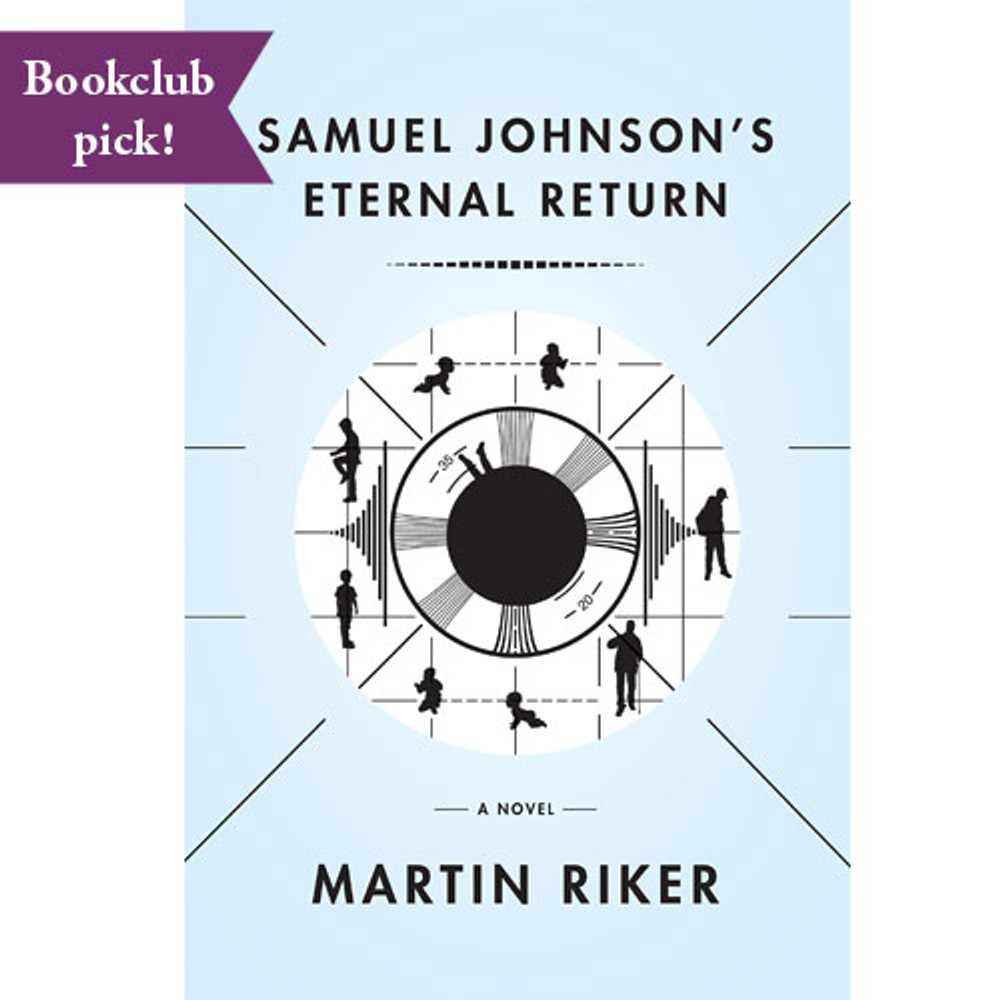 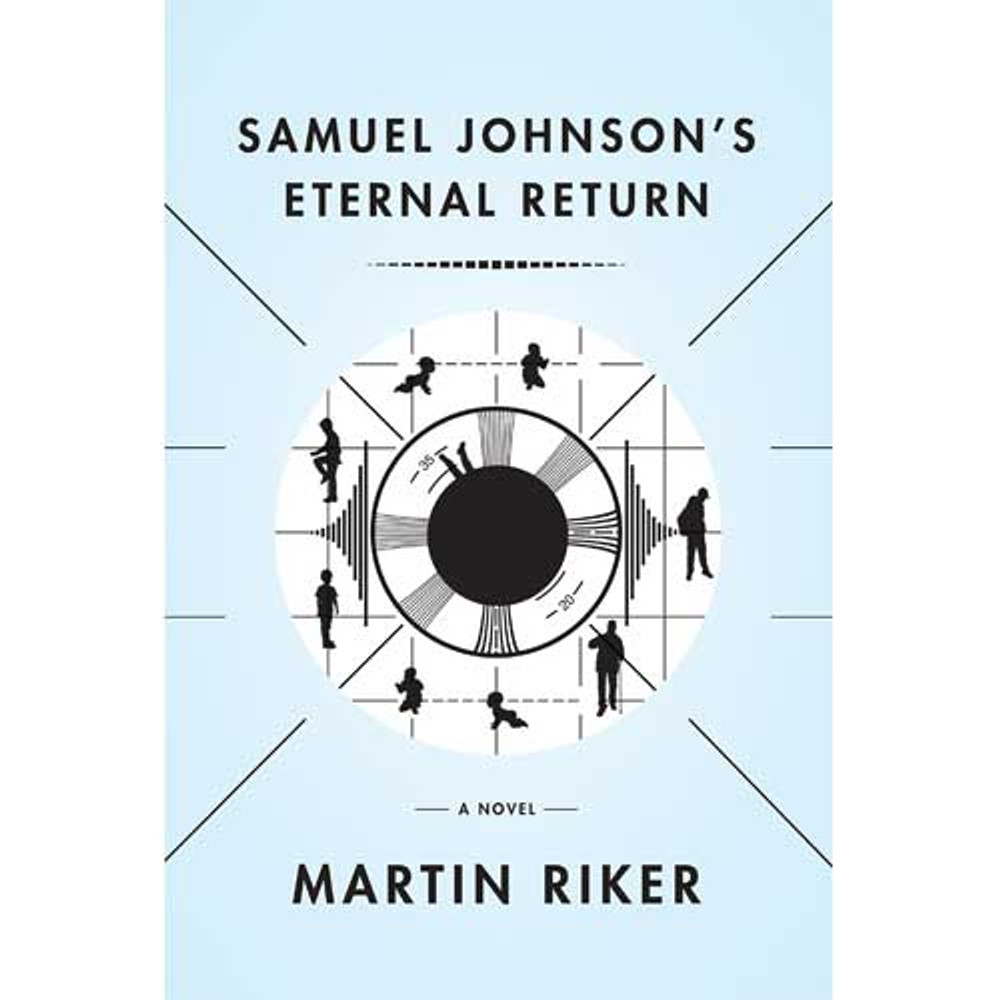 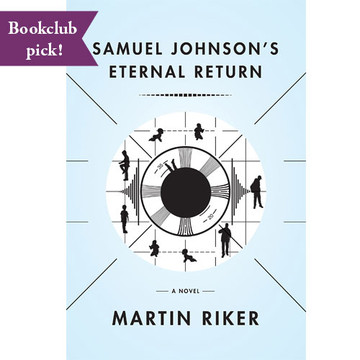 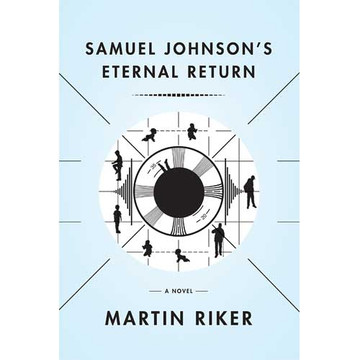 This title is the January 2019 pick for the UNICORN BOOKCLUB! Find out more here.

When Samuel Johnson dies, he finds himself in the body of the man who killed him, unable to depart this world but determined, at least, to return to the son he left behind. Moving from body to body as each one expires, Samuel’s soul journeys on a comic quest through an American half-century, inhabiting lives as stymied, in their ways, as his own. A ghost story of the most unexpected sort, Martin Riker’s extraordinary debut is about the ways experience is mediated, the unstoppable drive for human connection, and the struggle to be more fully alive in the world.

“Riker is a gifted storyteller, and his novel’s enchanting exploration of humanity and philosophy, of how humans connect with their environment and community, is unforgettable.” —Publishers Weekly, starred review

“Riker brings a unique, cheerfully grotesque sensibility to his crack at this hallucinatory mini-genre, emphasizing the bleakest aspects of his premise as he roves through a swath of the past half-century of American life.” —The New York Times

“The debut of Riker’s first novel, Samuel Johnson’s Eternal Return, is so thrilling for us bookish types.” —The Millions

“This is a comic-philosophical novel, the other side of the same coin as Milan Kundera’s ‘The Unbearable Lightness of Being.’” —The Wall Street Journal

“A lush, comic, and bighearted journey through the minds and experiences of American strangers.” —Literary Hub

“Like a television rerun, Samuel’s situation repeats, but the story of his eternal return does end, as all books must, in a manner that is absolutely dazzling.” —Los Angeles Times

“Reincarnation, cycles of violence, and the history of television: Martin Riker’s debut novel finds an intriguing overlap between a host of seemingly disparate subjects.” —Vol. 1 Brooklyn

“John Donne once proclaimed, ‘I sing the progress of a deathless soul.’ Well, so does Martin Riker. His Samuel Johnson’s Eternal Return is a masterpiece of metempsychosis. That it also warbles and bellows so brilliantly about fatherhood and husbandhood, about the religious life and the mediated life, is an indication of Riker’s range, which is as rolling-field-expansive as his empathy.” —Joshua Cohen

“One of our finest readers is now one of our most exciting novelists. . . . A funny, amiable, wholly original time-bender of a debut.” —Ed Park

“A quirky novel that uses the transmigration of the soul to meditate on the human condition.” —Kirkus

“This peripatetic novel somehow manages to be a thoughtful treatment of TV AND a beautiful statement on why we write books.” —Josh Cook, Porter Square Books (Cambridge MA)

“One of my favorite books of the year. Martin Riker’s debut novel spans decades of lives both remarkable and accurately unremarkable. As Samuel Johnson’s spirit transmits from body to body, he’s not so much reborn as forced to live again and again, all the while in search of his son and trapped in an existence he has no control over. This is a book of Homeric proportions, a hidden epic, like a long lost novel at last transcribed from the vault.” —Spencer Ruchti, Harvard Book Store (Cambridge MA)

“Samuel Johnson’s Eternal Return is about Samuel Johnson, who dies only to find himself inside someone else's body a mere passenger. Though seemingly powerless to influence his host, Samuel is desperate to get back to his son and the life he left behind. That’s a fun and creative plot, which alone would probably sell me on the book. But Martin Riker’s debut novel is full of so much more. It's also about Nietzsche and friendship and what we spend our time doing and especially television. Riker’s long subplot about television is almost as extraordinary as Samuel Johnson's own journey. Is life merely one long repetition? Does television unite us or divide us? Can you live a life without all the boring parts? I don’t know if Riker answers these questions, but with witty and captivating prose, the journey to ask them sure is worth it.” —Kyle Curry, The Book Cellar (Chicago IL)

“A perfectly wondrous tale, wildly engaging from the  start, so sure and graceful in the telling, so crazyhuman in the best ways. It is now one of my favorite books.” —Rikki Ducornet

Martin Riker grew up in central Pennsylvania. He worked as a musician for most of his twenties, in nonprofit literary publishing for most of his thirties, and has spent the first half of his forties teaching in the English department at Washington University in St. Louis. In 2010, he and his wife Danielle Dutton co-founded the feminist press Dorothy, a Publishing Project. His fiction and criticism have appeared in publications including the Wall Street Journal, the New York Times, London Review of Books, the Baffler, and Conjunctions. This is his first novel.

Return to the Dark Valley