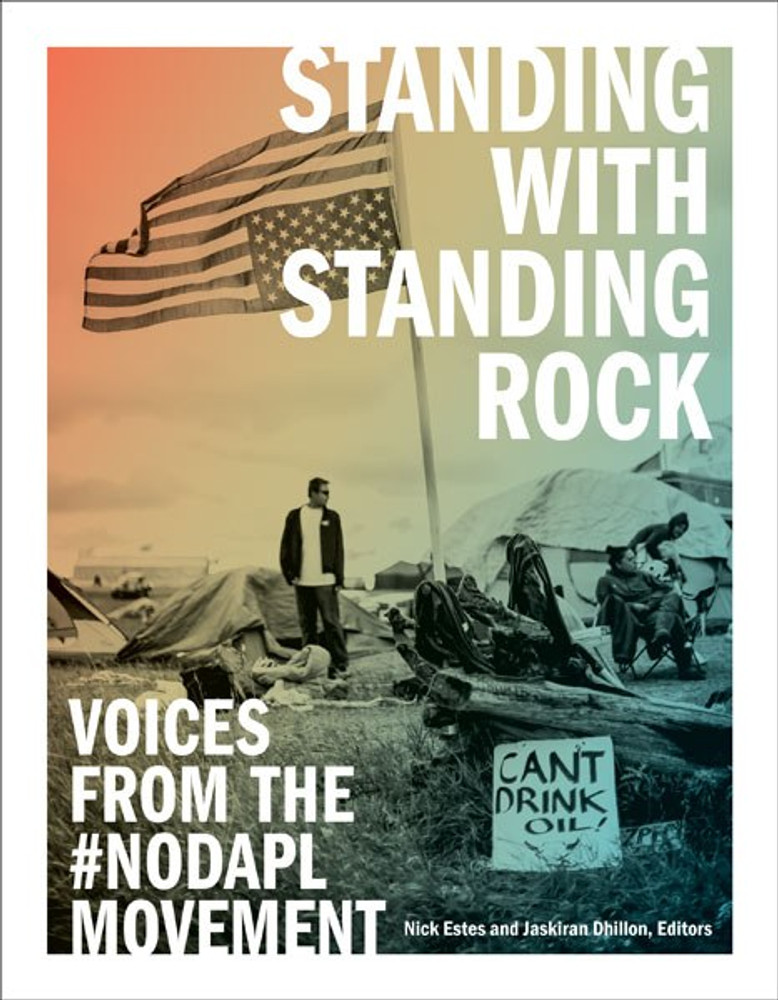 Standing with Standing Rock: Voices from the #NoDAPL Movement

It is prophecy. A Black Snake will spread itself across the land, bringing destruction while uniting Indigenous nations. The Dakota Access Pipeline is the Black Snake, crossing the Missouri River north of the Standing Rock Indian Reservation. The oil pipeline united communities along its path—from North Dakota, South Dakota, Iowa, and Illinois—and galvanized a twenty-first-century Indigenous resistance movement marching under the banner Mni Wiconi—Water Is Life! Standing Rock youth issued a call, and millions around the world and thousands of Water Protectors from more than three hundred Native nations answered. Amid the movement to protect the land and the water that millions depend on for life, the Oceti Sakowin (the Dakota, Nakota, and Lakota people) reunited. A nation was reborn with renewed power to protect the environment and support Indigenous grassroots education and organizing. This book assembles the multitude of voices of writers, thinkers, artists, and activists from that movement.

Through poetry and prose, essays, photography, interviews, and polemical interventions, the contributors, including leaders of the Standing Rock movement, reflect on Indigenous history and politics and on the movement’s significance. Their work challenges our understanding of colonial history not simply as “lessons learned” but as essential guideposts for current and future activism.

"As our songs and prayers echo across the prairie, we need the public to see that in standing up for our rights, we do so on behalf of the millions of Americans who will be affected by this pipeline."—David Archambault II, from the interior

"There is no alternative to water. There is no alternative to this Earth. This fight has become my life, and it’s not over. I think this is only the beginning for me, for all of us. Do you want a future for your children and grandchildren? If you want them to have a future then stand with Standing Rock because this is just the beginning of a revolution."—Zaysha Grinnell, from the interior

"We will put our best warriors in the front. We are the vanguard. We are the Hunkpapa Lakota. That means the horn of the buffalo. That’s who we are. We are protectors of our nation of Oceti Sakowin, the Seven Council Fires. Know who we are."—Phyllis Young

Nick Estes is Kul Wicasa, a citizen of the Lower Brule Sioux Tribe. He is assistant professor of American studies at the University of New Mexico; cofounder of The Red Nation, an organization dedicated to Indigenous liberation; and author of Our History Is the Future: Standing Rock versus the Dakota Access Pipeline, and the Long Tradition of Indigenous Resistance.

Jaskiran Dhillon is a first-generation anticolonial scholar and organizer who grew up on Treaty Six Cree Territory in Saskatchewan, Canada. She is associate professor of global studies and anthropology at The New School and author of Prairie Rising: Indigenous Youth, Decolonization, and the Politics of Intervention.