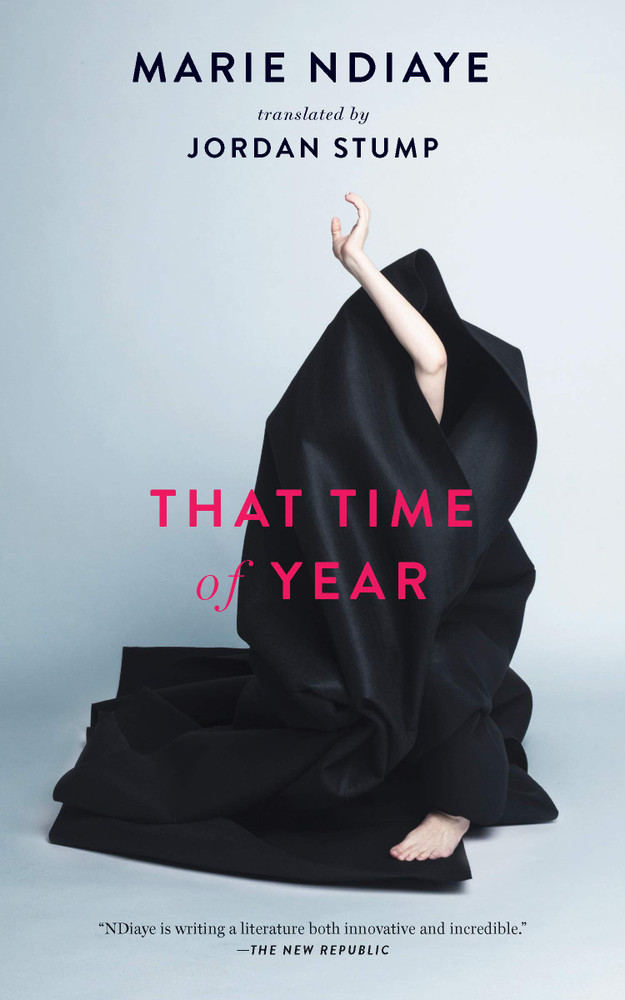 That Time of Year

"Marie NDiaye is so intelligent, so composed, so good, that any description of her work feels like an understatement." ―The New York Review of Books

Herman’s wife and child are nowhere to be found, and the weather in the village, perfectly agreeable just days earlier, has taken a sudden turn for the worse. Tourist season is over. It’s time for the vacationing Parisians, Herman and his family included, to abandon their rural getaways and return to normal life. But where has Herman’s family gone? Concerned, he sets out into the oppressive rain and cold for news of their whereabouts. The community he encounters, however, has become alien, practically unrecognizable, and his urgent inquiry, placed in the care of local officials, quickly recedes into the background, shuffled into a deck of labyrinthine bureaucracy and local custom. As time passes, Herman, wittingly and not, becomes one with a society defined by communal surveillance, strange traditions, ghostly apparitions, and a hospitality that verges on mania.

A literary horror story about power and assimilation, That Time of Year marks NDiaye once again as a contemporary master of the psychological novel. Working in the spirit of Leonora Carrington, Victor LaValle, and Kōbō Abe, NDiaye’s novel is a nightmarish vision of otherness, privilege, and social amnesia, told with potent clarity and a heady dose of the weird.

“Utterly compelling in tone, plot, and style…this gorgeously eerie book will keep you holding your breath even past the end.” ―Kirkus Reviews (starred review)

“Marie NDiaye is one of my favorite living writers and That Time of Year is yet another shape-shifting masterpiece. Here the disappearance of the protagonist’s family is not a mystery to be solved, but rather one that gradually opens a portal into social and psychological terror. NDiaye is a virtuoso of the haunted, the alienated, the submerged, the powerfully strange―and this new novel is as thrilling as it is profound.” ―Laura van den Berg, author of I Hold a Wolf by the Ears and The Third Hotel

“If Kafka decided to join up with Jacques Tati to rewrite Shirley Jackson's “The Summer People,” you might end up with something like NDiaye's absurd and dryly comic novel about the perils of staying too long on vacation.  That Time of Year progresses with the fluid logic of a dream that, when you scratch its surface, reveals the image of a nightmare beneath.” ―Brian Evenson, author of Song for the Unraveling of the World

"Marie NDiaye is so intelligent, so composed, so good, that any description of her work feels like an understatement." ―The New York Review of Books

“Compelling, inevitable, and, much like the village, easy to get lost in. That Time of Year is a hypnotic novel about the spell cast by a village on its inhabitants, willing and otherwise.” ―Foreword Reviews

“NDiaye is writing a literature both innovative and incredible.” ―The New Republic

“[NDiaye’s] inspiration lies not in the real world but in nightmares.” ―The New York Times

“NDiaye is a rare novelist.” ―NPR

“[NDiaye] is an impressive stylist with a strong voice.” ―San Francisco Chronicle

“If any contemporary European writer is on the verge of Ferrante-like recognition, it’s NDiaye.” ―Flavorwire

Marie Ndiaye was born in 1976 in Pithiviers, France. She is the author of around twenty novels, plays, collections of stories, and nonfiction books, which have been translated into numerous languages. She’s received the Prix Femina and the Prix Goncourt, France’s highest literary honor, and her plays are in the repertoire of the Comédie-Française.

Jordan Stump is one of the leading translators of innovative French literature. The recipient of numerous honors and prizes, he has translated books by Nobel laureate Claude Simon, Jean-Philippe Toussaint, and Eric Chevillard, as well as Jules Verne’s French-language novel The Mysterious Island. His translation of NDiaye’s All My Friends was shortlisted for the French-American Foundation Translation Prize.

A Year In The Wilderness