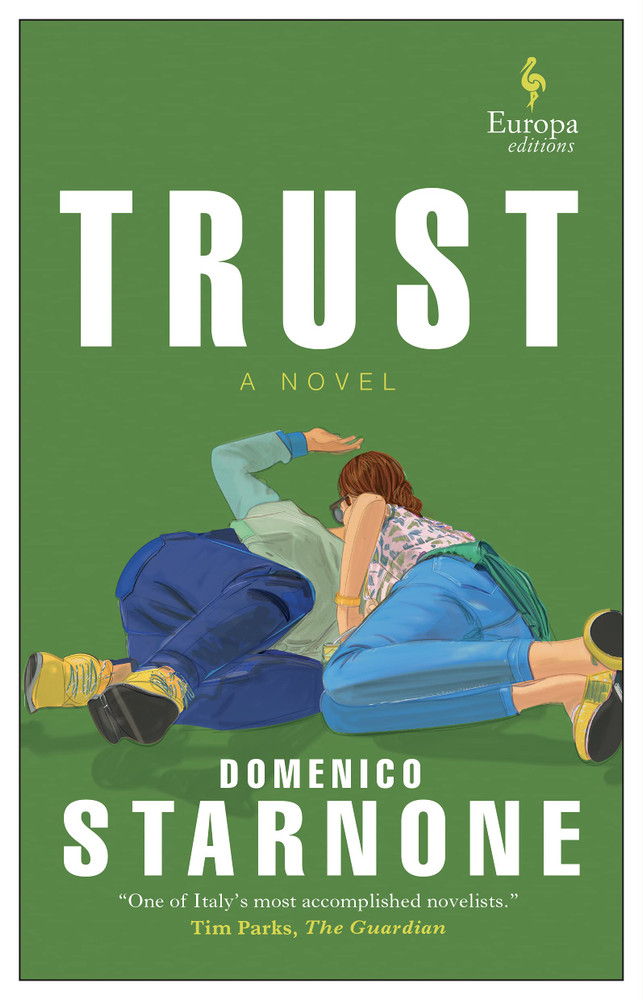 Pietro and Teresa’s love affair is tempestuous and passionate. After yet another terrible argument, she gets an idea: they should tell each other something they’ve never told another person, something they’re too ashamed to tell anyone. They will hear the other’s confessions without judgment and with love in their hearts. In this way, Teresa thinks, they will remain united forever, more intimately connected than ever.

A few days after sharing their shameful secrets, they break up. Not long after, Pietro meets Nadia, falls in love, and proposes. But the shadow of the secret he confessed to Teresa haunts him, and Teresa herself periodically reappears, standing at the crossroads, it seems, of every major moment in his life. Or is it he who seeks her out?

A master storyteller and a novelist of the highest order, Starnone’s gaze is trained unwaveringly on the fault lines in our publica personas and the complexities of our private selves. Trust asks how much we are willing to bend to show the world our best side, knowing full well that when we are at our most vulnerable we are also at our most dangerous.

★ “Richly nuanced while also understated, Starnone’s latest appearance in English is a novel to be savored.”—Kirkus Reviews (Starred Review)

“A sweeping examination of aging, love, and success... This is the third of Starnone’s novels that Lahiri has translated over the last six years, and her deft hand seamlessly reveals Starnone’s masterful narrative at every turn.”—Booklist

“Starnone (Trick) returns with an elegant story of a man’s lifelong struggle to perfect his public persona while hiding a secret.”—Publishers Weekly

“One of Italy’s most accomplished novelists.”—Tim Parks, The Guardian

“Their relationship, perfectly captured by Starnone’s precise writing, gives the novel a rich foundation to allow for a juxtaposition of the old and the new, the rigid and the silly, while also providing readers with moments of pure comic relief, marked by the characters’ signature, witty stichomythia.”—Vox

“Short and emotionally astute, a shrewd mix of humor and dread that keeps you reading.”—The Chicago Tribune

“[A] new book from Starnone is an event to celebrate.”—Kirkus Reviews (Starred Review)

“[Ties] is as vivid and devastating as anything you will read this year. A slim, stunning meditation on marriage, fidelity, honesty, and truth.”—Kirkus Reviews (Starred Review)

Domenico Starnone was born in Naples and lives in Rome. He is the author of thirteen works of fiction, including First Execution (Europa, 2009), Via Gemito, winner of Italy’s most prestigious literary prize, the Strega, Ties (Europa, 2017), a New York Times Editors Pick and Notable Book of the Year, and a Sunday Times and Kirkus Reviews Best Book of the Year, and Trick (Europa, 2018), a Finalist for the 2018 National Book Award and the 2019 PEN Translation Prize.

Jhumpa Lahiri is the Pulitzer Prize-winning author of The Interpreter of Maladies. Her books include The Namesake, Unaccustomed Earth, The Lowland, and, most recently, In Other Words, an exploration of language and identity.