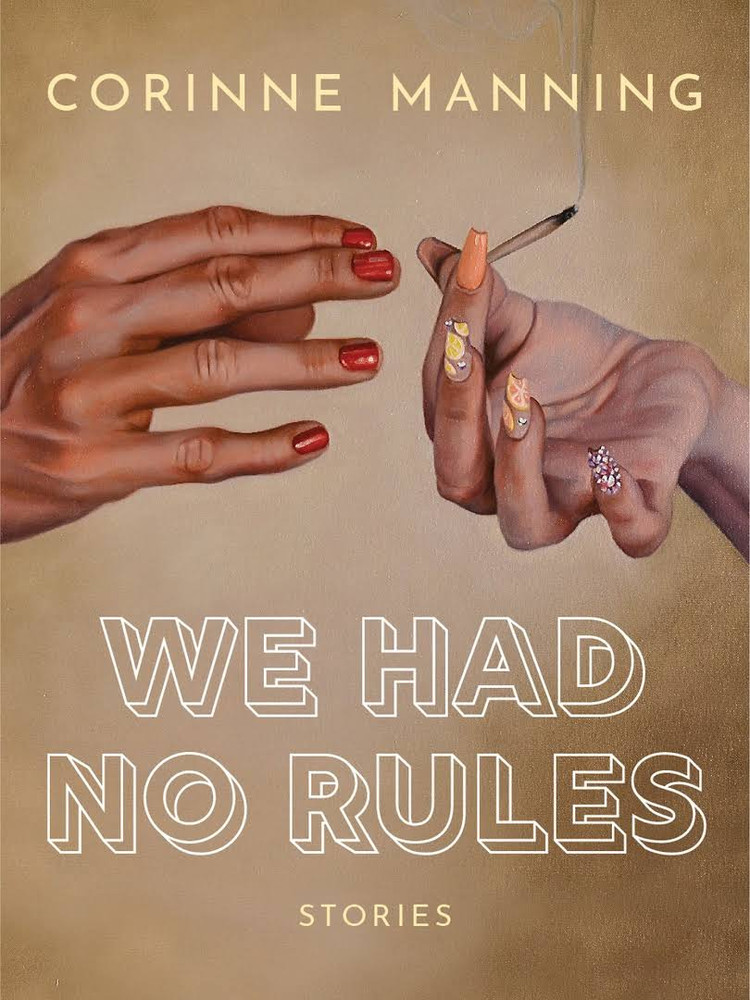 We Had No Rules

A young teenager stays a step ahead of her parents’ sexuality-based restrictions by running away and learns a very different set of rules. A woman grieves the loss of a sister, a “gay divorce,” and the pain of unacknowledged abuse with the help of a lone wallaby on a farm in Washington State. A professor of women’s and gender studies revels in academic and sexual power but risks losing custody of the family dog.
In Corinne Manning’s stunning debut story collection, a cast of queer characters explore the choice of assimilation over rebellion. In this historical moment that’s hyperaware of and desperate to define even the slowest of continental shifts, when commitment succumbs to the logic of capitalism and nobody knows what to call each other or themselves—Gay? Lesbian? Queer? Partners? Dad?—who are we? And if we don’t know who we are, what exactly can we offer each other?

Spanning the years 1992 to 2019, and moving from New York to North Carolina to Seattle, the eleven first-person stories in We Had No Rules feature characters who feel the promise of a radically reimagined world but face complicity instead.

"With elegant precision and understated glee, We Had No Rules opens up the ache between heartbreak and self-actualization -- between theory and practice, intimacy and belonging, community and loss. By confronting the regimentation in queer lives and loves, Manning explores the push and pull of intergenerational yearning in surprising ways. Tidy in structure yet emotionally unresolved, We Had No Rules rejects false closure, daring us to come up with our own answers." —Mattilda Bernstein Sycamore, author of Sketchtasy

"Corinne Manning's smart, funny debut collection is a necessary reminder that individuals are more than any one single identity. These characters are the best mix of surprising and recognizable that any reader of good short stories could ever hope to find. Brava!" —Rebecca Brown, author of The Gifts of the Body

"These stories are exquisite portals into the weird, scary, hilarious, hot, and revelatory moments that make up a queer life. I recognized Manning's characters immediately: they are me, my friends, my guides, my mistakes. What an act of humanity to have written them." -Melissa Febos, author of Whip Smart and Abandon Me

"From its first sentence Corinne Manning's We Had No Rules feels essential, every word charged with meaning and feeling. This book is nothing less than a record of survival, a nervous system on the page, a sequence of stories in which characters attempt to make better, truer relationships that want to defy the structures of language that constrict us. Expansive, soulful, vulnerable, sexy, funny, and broken, We Had No Rules is queer all the way down to its bones." —Paul Lisicky, author of Later and The Narrow Door

"This debut short story collection from Seattle-based writer, artist, and teacher Corinne Manning is exactly the kind of book the queer canon needs ... As necessary as it is delightful, We Had No Rules is not to be missed." —Literary Hub

Corinne Manning is a prose writer and literary organizer. Their stories and essays have been published widely, including in Toward an Ethics of Activism and Shadow Map: An Anthology of Survivors of Sexual Assault. Corinne founded The James Franco Review, a project that sought to address implicit bias in the publishing industry.

We Do This Til We Free Us