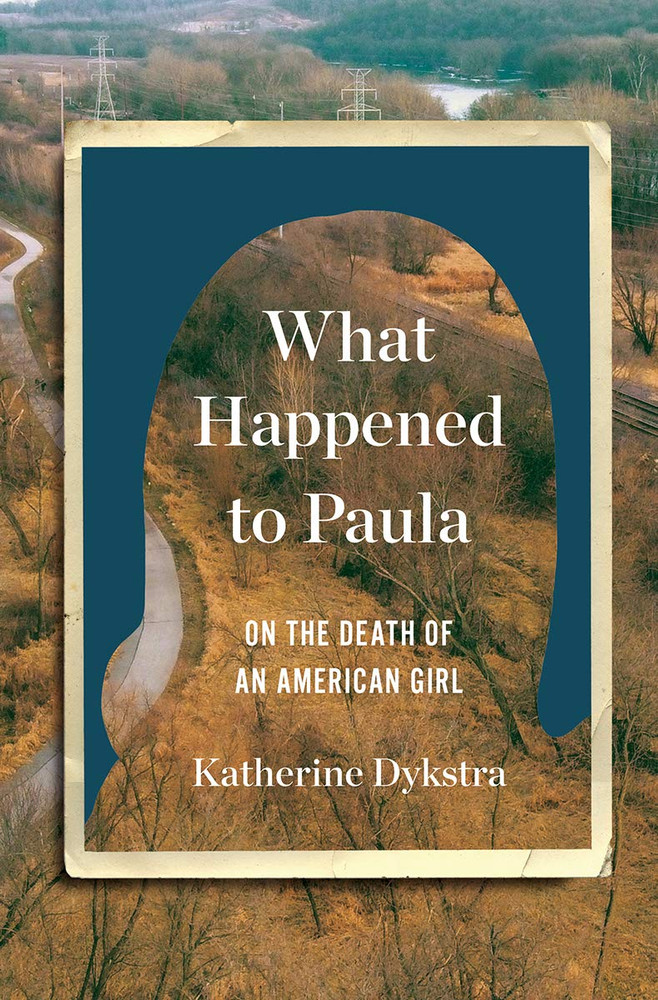 What Happened to Paula

A riveting investigation into a cold case asks how much control women have over their bodies and the direction of their lives.

July 1970. Eighteen-year-old Paula Oberbroeckling left her house in Cedar Rapids, Iowa. Four months later, her remains were discovered just beyond the mouth of a culvert overlooking the Cedar River. Her homicide has never been solved.

Fifty years cold, Paula’s case had been mostly forgotten when journalist Katherine Dykstra began looking for answers. A woman was dead. Why had no one been held responsible? How could the powers that be, how could a community, have given up? Tracing Paula’s final days, Dykstra uncovers a girl whose exultant personality was at odds with the Midwest norms of the late 1960s. A girl who was caught between independence and youthful naivete, between a love that defied racially segregated Cedar Rapids and her complicated but enduring love for her mother, and between a possible pregnancy and the freedoms that had been promised by the women’s liberation movement but that still had little practical bearing on actual lives. The more Dykstra learned about the circumstances of Paula’s life, the more parallels she saw in the lives of the women who knew Paula and the women in Paula’s family, in the lives of the women in Dykstra’s own family, and even in her own life.

Captivating and expertly crafted from interviews with Paula’s family and friends, police reports, and on-the-scene investigation, What Happened to Paula is part true crime story, part memoir, a timely and powerful look at gender, autonomy, and the cost of being a woman.

"Dykstra casts a searing light on racism, sexism, and the stigma of being a ‘bad’ girl. This is the perfect blueprint for any true crime writer moved to investigate a cold case."
― Publishers Weekly (starred review)

"Paula’s story is riveting―not only for her time, but for our own. This book is fascinating, heartbreaking, and empowering all at once."
― Abby Sher, coauthor of Sanctuary

"A sharp and seductive investigation into the unsolved death of a young woman fifty years ago becomes, in Dykstra’s telling, an investigation into the genre of dead-girl true crime itself. A bracing and powerful book, unsentimental and sleek, and a roadmap for actual change."
― Lacy Crawford, author of Notes on a Silencing

"A vivid, unflinching account, with its share of rage and sensitivity, equal in power and tenderness, What Happened to Paula is the story of the daring task of living in a female body. This deeply moving investigation is required reading for anyone who is or knows a woman."
― Mira Ptacin, author of Poor Your Soul and The In-Betweens

"A book like no other. A murder mystery. A powerful exploration of what it means to be a vibrant woman in this cold, unfeeling, and somehow, still wonderful world. Debut author Katherine Dykstra will blow your mind."
― Marcy Dermansky, author of Very Nice

"The most chilling thing about What Happened to Paula is that although Paula died fifty years ago, her story could be that of a teenage girl in 1990 or 2000 or today. This is essential reading, as gripping as any thriller."
― Julia Dahl, author of Invisible City and The Missing Hours

"The missing-girl narrative can create a sort of pleasing cleanliness around the idea of violence against women: a heinous act, an innocent girl, all to be properly vilified and mourned. What Happened to Paula upends and unpacks all the smaller, subtler, scarier violences that live inside of this: what of all the ways the girl wasn’t innocent, what of all the ways none of us are?"
― Lynn Steger Strong, author of Want

Katherine Dykstra is a writer, editor, and teacher. Her essays have been published in the Washington Post, Poets & Writers, and Real Simple, among other periodicals. She lives with her husband and two children in New Jersey.

What You Are Getting Wrong about Appalachia

What Storm, What Thunder

What Is Otherwise Infinite