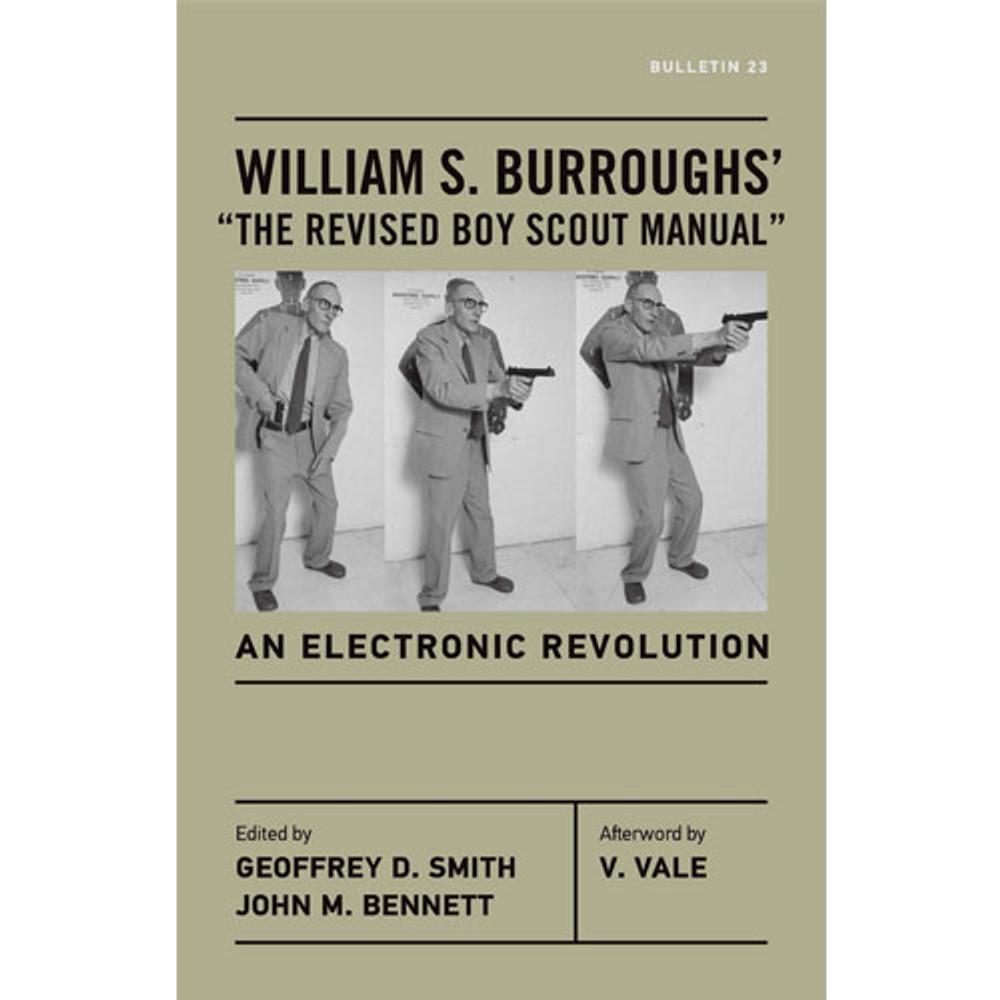 Before the era of fake news and anti-fascists, William S. Burroughs wrote about preparing for revolution and confronting institutionalized power. In this work, Burroughs’ parody becomes a set of rationales and instructions for destabilizing the state and overthrowing an oppressive and corrupt government. As with much of Burroughs’ work, it is hard to say if it is serious or purely satire. The work is funny, horrifying, and eerily prescient, especially concerning the use of language and social media to undermine institutions.

The Revised Boy Scout Manual was a work Burroughs revisited many times, but which has never before been published in its complete form. Based primarily on recordings of a performance of the complete piece found in the archives at the OSU libraries, as well as various incomplete versions of the typescript found at Arizona State University and the New York Public Library archives, this lost masterpiece of satiric subversion is finally available in its entirety.

“It’s all there all the time with Burroughs.” —Marc Maron


“Burroughs’s jarringly piecemeal satire on how to prepare for a revolution against powerful, oppressive institutions is strikingly timely.” —Publishers Weekly


​“Here we have Bill Burroughs’ voice coming through loud and clear, like a conversation after his first large whiskey, London c. 1972. His preoccupations at the time: weaponry, viruses, tape recorder cut-ups, Scientology techniques, the Mayan calendar, and Korzybski’s General Semantics are utilized as means to deal with ‘the shits.’ Never has a text been more apposite. As usual his ideas are developed into hilarious routines, but at heart he is deadly serious: ‘I mean every word I say.’ It is wonderful to see this legendary text in print at last.” —Barry Miles, author of Call Me Burroughs


“The most important writer to emerge since the Second World War.” —J. G. Ballard

William S. Burroughs was a primary figure of the Beat Generation who wrote in the postmodern paranoid fiction genre. Jack Kerouac called Burroughs the “greatest satirical writer since Jonathan Swift,” while Norman Mailer declared him “the only American writer who may be conceivably possessed by genius.” While he is best known for the novels Naked Lunch, Queer, and Junkie, he also collaborated with artists such as Laurie Anderson, Tom Waits, Nick Cave, Gus Van Sant, David Cronenberg, and Sonic Youth to produce films, music, and performance pieces.

Geoffrey D. Smith is Professor Emeritus, former head of the Rare Books and Manuscripts Library of The Ohio State University Libraries, and adjunct professor in the Department of English. He was also longtime steward of the William S. Burroughs Collection at Ohio State.

John M. Bennett is the founding curator of the Avant Writing Collection at The Ohio State University Libraries. He was editor of the international literary journal Lost and Found Times from 1975 to 2005 and is the publisher of Luna Bisonte Prods, promoting avant literatures since 1974.

V. Vale is a counterculture writer and publisher and the sole proprietor/founder of RE/Search Publications. He published part of Burroughs’ “The Revised Boy Scout Manual” in 1982 in RE/Search #4/5: William S. Burroughs, Brion Gysin, and Throbbing Gristle.