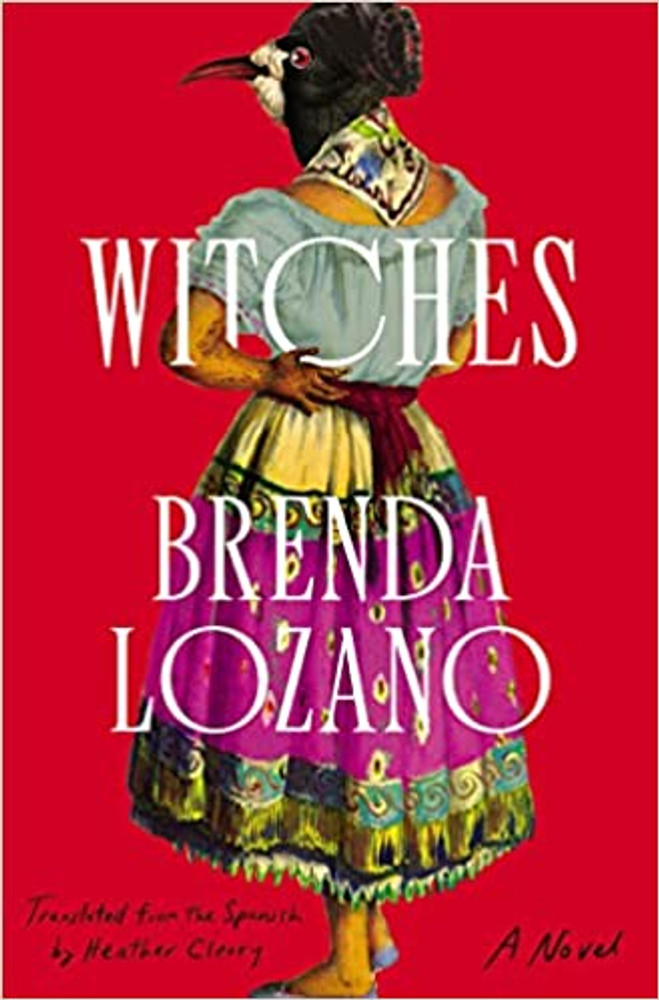 The beguiling story of a young journalist whose investigation of a murder leads her to the most legendary healer in all of Mexico, from one of the most prominent voices of a new generation of Latin American writers

Sent to report on Paloma’s murder, Zoe meets Feliciana in the mountain village of San Felipe. There, the two women’s lives twist around each other in a danse macabre. Feliciana tells Zoe the story of her struggle to become an accepted healer in her community, and Zoe begins to understand the hidden history of her own experience as a woman, finding her way in a hostile environment shaped by and for men.

Weaving together two parallel narratives that mirror and refract one another, this extraordinary novel envisions the healer as storyteller and the writer as healer, and offers a generous and nuanced understanding of a world that can be at turns violent and exultant, cruel and full of hope.

“A story of the world’s repeated failure to control feminine power and the sheer magic of language itself. An enthralling, passionate story about secrets both holy and profane.” —Catherine Lacey, author of Pew and Nobody Is Ever Missing

"Who needs a standard plot when you can write as exquisitely as Brenda Lozano? . . . The women reveal themselves, through stories of mothers, daughters, sisters, lovers—men are essential but peripheral, often dangerous—in a rhythm that enchants and floats the story forward, confirming the capacity of words to cast a powerful spell." —Cat Auer, The A.V. Club

"A terrific read from a writer who explores the power of the feminine in a world set on narrowly defining and belittling it." —Sarah Neilson, A Them Best Book of Summer

"Witches is a glorious novel about gender-nonconforming people who brave a hostile world to be themselves." —Eileen Gonzalez, Foreword Reviews

"Lozano published [Witches] amid a cultural crisis in Mexico as fury over femicide reached a crescendo. Translator Cleary has made a Herculean effort to craft an equivalent experience for English readers to offer 'a chance to connect across and through differences' in the spirit of Lozano's memorable tale." —Booklist

"One of the most striking voices of a new generation of Latin American writers." —Pierce Alquist, Book Riot

"Beautifully rendered, this is a book to meditate over and perhaps reread." —Library Journal

"Lozano does a wonderful job distinguishing the disparate characters and their fluid identities, and Cleary’s translation strikes the perfect balance of immersion and clarity. Powerful and complex, this marks a new turn from an intriguing writer." —Publishers Weekly

"Lozano eschews traditional narrative for the discursive pleasures of voice . . . A fascinating immersion into a little-known world, written with tenderness and humanity." —Kirkus Reviews (starred review)

“I’ve always wanted to encounter a voice like this in literature, a contemporary bruja oaxaqueña, without folklore or cliché, with true feeling, complexity, and poetry. It feels like discovering that Juan Rulfo has transformed into a twenty-first century woman, or better yet, that he has returned as one of the many voices that live in Brenda Lozano. A beautiful, painful, funny, and tender novel." —Francisco Goldman, author of Monkey Boy

“In this gem of a book, Lozano demonstrates a poet’s ear for language and a fine attunement to how voice builds character. Taking inspiration from Mexico’s quintessential oral poet, healer María Sabina, the zigzagging narratives of its protagonists remind us that psychedelia found its origin in the revelation that buffs the mind clean. Cleary’s inspired translation partakes of the same vital spirit.” —Mónica de la Torre, author of The Happy End / All Welcome

"Braiding together the voices of two women—a mystic and a skeptic—Witches, to borrow Brenda Lozano’s words by way of Heather Cleary’s translation, runs into shadows to bring light. This is a story of the world’s repeated failure to control feminine power and the sheer magic of language itself. An enthralling, passionate story about secrets both holy and profane." —Catherine Lacey, author of Pew and Nobody is Ever Missing

"Brenda Lozano’s new novel is highly original, beautifully written, and graced with a hypnotically compelling narrative style. In Witches a group of extraordinary women: Zoe, Feliciana, Paloma, and Leandra, are brought unforgettably to life. One hopes it will not be the last we see of them. A remarkable book about life’s choices, love, and the redemptive power of the imagination." —Jon Lee Anderson

"In Witches, Brenda Lozano invokes language that is territory of the unknown, a bridge between worlds that weaves bonds, language as a place of revelation." —Gabriela Jauregui

"Alternating between the quotidian and the incantatory, Witches weaves together two personal and political histories, casting a potent spell of fury and curiosity, heartache and healing. Sibylline, rich, and incredibly precise in its construction, Witches exhibits Lozano's total mastery of her art on every page, insisting on the primacy and power of storytelling, and the right of all Others to claim it." —Maryse Meijer, author of The Seventh Mansion

"Lozano knows she is gifted, and has no shame in showing it." —Margarita García Robayo, author of Fish Soup and Holiday Heart

BRENDA LOZANO is a fiction writer, essayist, and editor. Her books include: Todo nada (All or Nothing, 2009), followed by Cuaderno ideal (Loop, 2019), and a book of short stories Cómo piensan las piedras (How Stones Think, 2017). In 2015 she was selected by Conaculta, the Hay Festival and the British Council as one of Mexico's best fiction writers under 40. In 2017 she was added to the Bogota 39 list, a selection of the best fiction writers under 40 from across Latin America. Witches is her most recent novel.

HEATHER CLEARY has translated poetry and prose by writers including Betina González, Mario Bellatin, Sergio Chejfec, and María Ospina; her work has been recognized by the National Book Foundation, the Best Translated Book Award, the National Translation Award, and others.