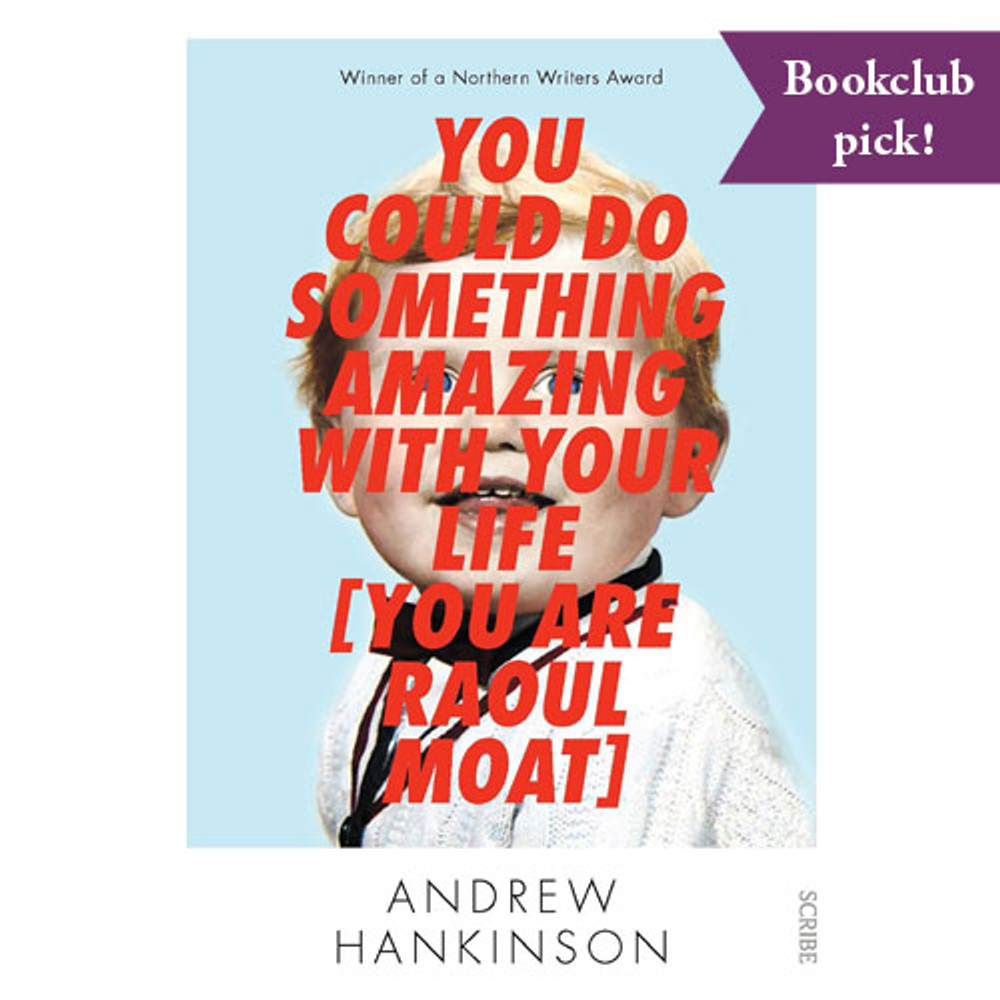 You Could Do Something Amazing with Your Life

This title is our September 2018 pick for the UNICORN BOOKCLUB! Find out more here.

Winner of the CWA Gold Dagger for Non-Fiction and a Northern Writers Award These are the last days of Raoul Moat. Raoul Moat was the fugitive Geordie bodybuilder-mechanic who became notorious one hot July week when, after killing his ex-girlfriend's new boyfriend, shooting her in the stomach, and blinding a policeman, he disappeared into the woods of Northumberland, evading discovery for seven days - even after TV tracker Ray Mears was employed by the police to find him. Eventually, cornered by the police, Moat shot himself. Andrew Hankinson, a journalist from Newcastle, re-tells Moat's story using Moat's words, and those of the state services which engaged with him, bringing the reader disarmingly close at all times to the mind of Moat. It is a reading experience unrelieved by authorial distance or expert interpretation. The narrative Hankinson has woven is entirely compelling, even if Moat's weaknesses are never far from sight, requiring the reader to work out where he or she should stand.

‘The second-person voice is a notoriously tricky one to maintain and Hankinson uses it to great effect … Another strength is the overwhelming sense that Moat is not in control of his own narrative.’
(The Saturday Paper)

‘A powerful portrayal of the banality of violence … a trigger finger of a book: taut, tense and on edge.’
(Helen Davies Sunday Times)

‘An extraordinary study of violence, in all its bathos and banality.’
(Sarah Ditum The Spectator)

‘Being in Moat’s angry, paranoid head is an uncomfortable and gut-churning place to be, yet Andrew Hankinson never lets Moat off the hook, challenging his victim mentality and denials of wrong-doing with bald statements of fact. This is a powerful and disquieting book.’
(Crime Review)

‘Hankinson has pulled off a singular journalistic feat, filtering the sequence of events following Moat’s release from prison through his own eyes. What Moat knows, we know. This is fact, with gelignite at its core.’ BOOK OF THE WEEK
(Weekend Press)

‘Brilliant, gripping and important. Fans of Gordon Burn have found a new favourite writer.’
(Will Storr, author of The Heretics: adventures with the enemies of science)

‘[Hankinson] takes us inside the killer’s head without giving the reader the privilege of distance from which to judge him.’
(The Guardian)

Andrew Hankinson is a journalist who was born, raised, and lives in Newcastle upon Tyne. He started his career as a staff writer at Arena magazine and in 2012 won a Northern Writers Award. He is now a freelance feature writer who has contributed to many publications, including Observer Magazine, The Guardian, and Wired.