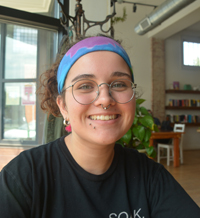 FRANCES is an aspiring artist, with medias focusing in printmaking and watercolors. She has lived in Columbus, OH from age five, spare a year spent in Portland, OR at The Pacific Northwest College of Art. Frances hopes to continue to learn kitchen techniques and to open an online art shop on the side.
Reading currently: Just Kids by Patti Smith
Book Recommendation: The Valley of Secrets by Charmian Hussey
Fave song to mop to: "Cheer Up, You’re Not Dead Yet" by Blockhead 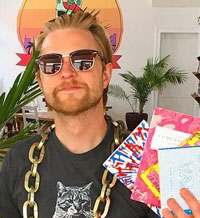 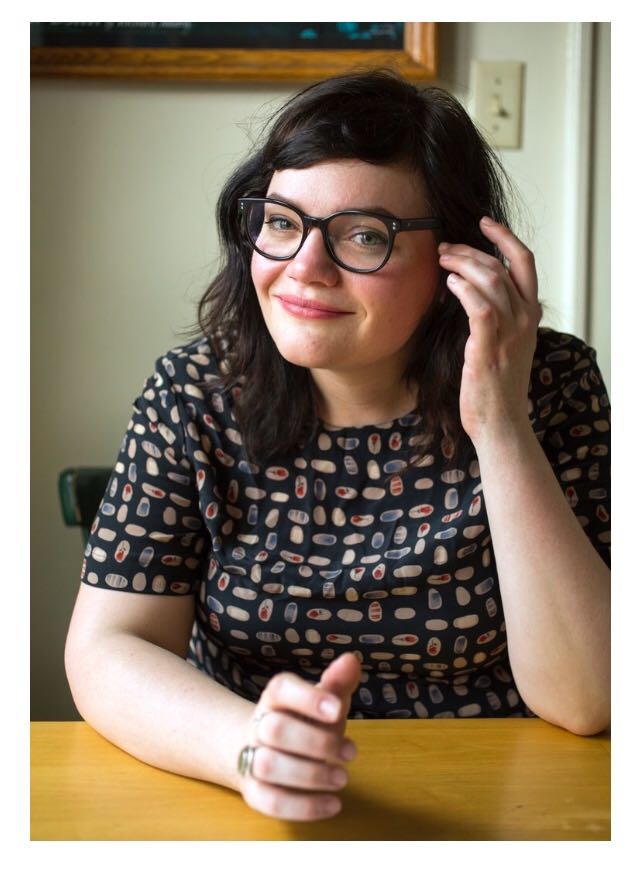 LEIGH is a 2006 graduate of The School of The Art Institute of Chicago and draws pictures for money. Born and raised in Columbus, she had to take a 15 years breather to live a bunch of other places (Chicago, Costa Rica, Chile and finally a remote cabin on 100+ acres in Marietta, OH) to finally realize that this is exactly where she’s supposed to be. When she is not jammin’ on editorial illustration, she enjoys plant and cook book hoarding. Also inappropriate rap.
Reading currently: The Collected Schizophrenias by Esme Weijun Wang
Book Recommendation: Where The Wild Things Are by Maurice Sendak
Fave song to mop to: Tie! Mariah Carey "Fantasy" Remix f. ODB / P. Diddy f. The Neptunes "Diddy" 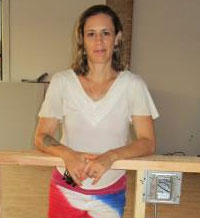 ELIZA co-founded Two Dollar Radio and stays busy as a mom, builder, planter, and copyeditor.
Reading currently: Virtuoso by Yelena Moskovich
Book Recommendation: All My Friends Are Superheroes by Andrew Kaufman; all the Two Dollar Radio books!
Fave song to mop to: anything from Cat Power 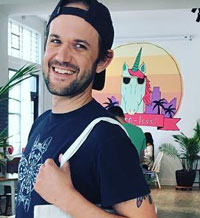 ERIC founded Two Dollar Radio (the press) with Eliza, working as Editorial Director. He was included in Publishers Weekly‘s ’50 Under 40’ list, spotlighting 50 individuals working in publishing under age 40 worth watching, and was one of five finalists in the magazine’s 2016 “Star Watch” program. At HQ, Eric stocks the books and chefs it up in the kitchen. He enjoys camping, hiking, reading outside with a beer or two like a gentleman, and dad jokes.
Reading currently: The Polyglot Lovers by Lina Wolff
Book Recommendation: Bad Guy by Rosalyn Drexler; The Natashas by Yelena Moskovich; Sex Machines by Timothy Archibald
Fave song to mop to: "RNP" by YBN Cordae with Anderson.Paak 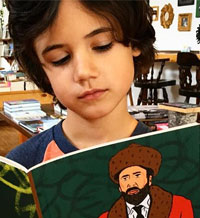 MACEO is the child of Eliza and Eric and reports to work at HQ after school every Monday.
Reading currently: Escape from Aleppo by N. H. Senzai
Book Recommendation: March series by John Lewis
Fave song to mop to: "Truth Hurts" by Lizzo 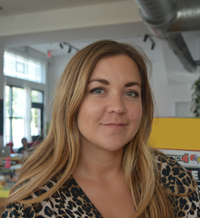 MOLLY is a graduate of the Ohio State University and a 2016 alumni of Teach for America Memphis. She loves Two Dollar Radio so much she works for the press and the store. Interests include good coffee, cheap tacos, biking, live music, horror movies, and dancing anywhere and everywhere.
Currently reading: Mostly Dead Things by Kristen Arnett
Book I advocate for: The Deeper the Water the Uglier the Fish by Katya Apekina and anything by Elena Ferrante.
Favorite song to mop to: Any Lizzo song 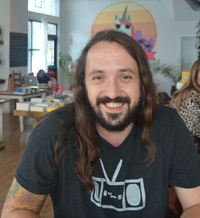 NATHAN graduated from Augustana College in  2012 and has held many jobs since then. From teaching English throughout China to brewing fine ales and lagers in his hometown of Rock Island, he now lives in Columbus where he works for Two Dollar Radio Headquarters. He's excited to be a member of the vibrant arts scene in Columbus and connect with so many great people over craft food and drinks
Reading currently: White Dialogues by Bennett Sims
Book Recommendation: Calling a Wolf a Wolf by Kaveh Akbar, The City in Which I Love You by Li Young Lee, Homo Zapiens by Victor Pelevin, and Autobiography of Red by Anne Carson. I know most of those are pretty popular and well loved, but I'm surprised people aren't literally talking about them 24/7.
Fave song to mop to: There's only one mfin' moppin' song and it's "Bubblin." A close second is any other song by Anderson Paak or featuring Anderson Paak. 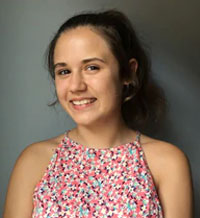 RIO is the child of Eric and Eliza and has been helping us run Two Dollar Radio since she was born. Rio is currently a weekend warrior in the kitchen, and hosts the Young Feminist bookclub.
Reading currently: With the Fire on High by Elizabeth Acevedo.
Book Recommendation: Dear Ijeawele, or a Feminist Manifesto in Fifteen Suggestions by Chimamanda Ngozi Adichie
Fave song to mop to: "Truth Hurts" by Lizzo. 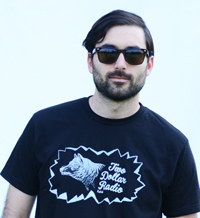 TOM is gone but not forgotten.
Reading currently: I don't know, probably something political and depressing.
Book Recommendation: God Save Texas by Lawrence Wright; Berlin Nights
Fave song to mop to: Let's be honest, he never really mopped.