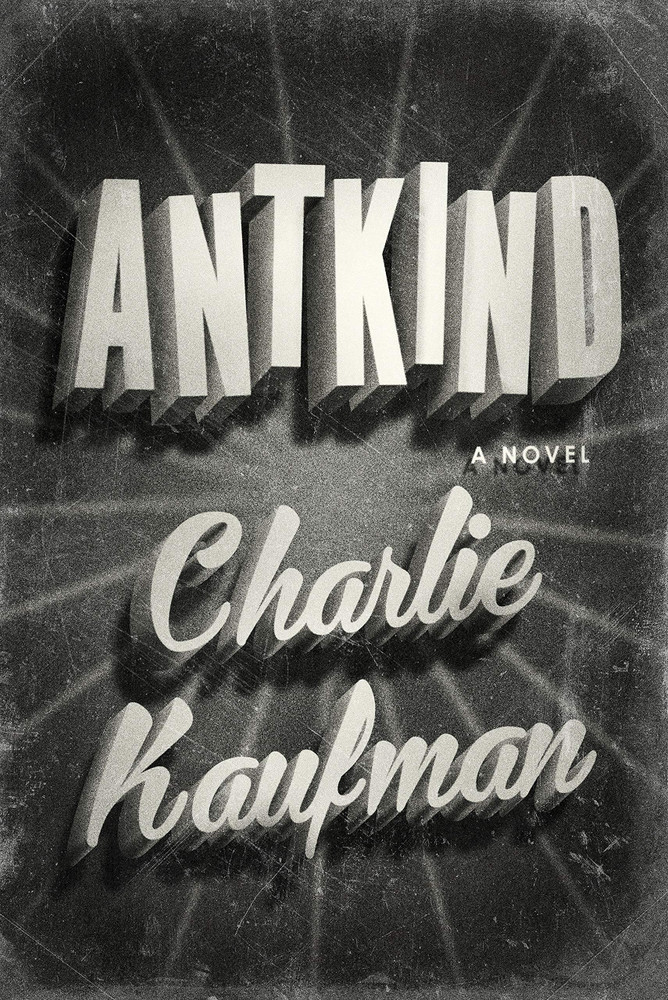 The bold and boundlessly original debut novel from the Oscar®-winning screenwriter of Being John Malkovich, Adaptation, Eternal Sunshine of the Spotless Mind, and Synecdoche, New York.

B. Rosenberger Rosenberg, neurotic and underappreciated film critic (failed academic, filmmaker, paramour, shoe salesman who sleeps in a sock drawer), stumbles upon a hitherto unseen film made by an enigmatic outsider—a film he’s convinced will change his career trajectory and rock the world of cinema to its core. His hands on what is possibly the greatest movie ever made—a three-month-long stop-motion masterpiece that took its reclusive auteur ninety years to complete—B. knows that it is his mission to show it to the rest of humanity. The only problem: The film is destroyed, leaving him the sole witness to its inadvertently ephemeral genius.

All that’s left of this work of art is a single frame from which B. must somehow attempt to recall the film that just might be the last great hope of civilization. Thus begins a mind-boggling journey through the hilarious nightmarescape of a psyche as lushly Kafkaesque as it is atrophied by the relentless spew of Twitter. Desperate to impose order on an increasingly nonsensical existence, trapped in a self-imposed prison of aspirational victimhood and degeneratively inclusive language, B. scrambles to re-create the lost masterwork while attempting to keep pace with an ever-fracturing culture of “likes” and arbitrary denunciations that are simultaneously his bête noire and his raison d’être.

A searing indictment of the modern world, Antkind is a richly layered meditation on art, time, memory, identity, comedy, and the very nature of existence itself—the grain of truth at the heart of every joke.

“To paraphrase Charlie Kaufman, it's like a brain factory in there! This is a whopper of a book, bursting with the driest of humor, the strangest of scenarios, and the most brilliant of observations. It is wholly original, maddening, and marvelous.”—Susan Orlean, author of The Library Book

"A full-throttled absurdist revolt against the constraints of the audience-tested mass entertainment, Antkind is unbridled Kaufman energy and wit coming up against the limits of the imagination itself: discursive, subversive, and genuinely funny."—Joshua Ferris, author of Then We Came to the End

“Each page is so stuffed with invention, audacity, and hilarity, it feels like an act of defiance. Antkind is a fever dream you don’t want to be shaken awake from, a thrill ride that veers down stranger and stranger alleys until you find yourself in a reality so kaleidoscopic you will question your own sanity—or: the novel only Charlie Kaufman could pull off.”—Maria Semple, author of Where’d You Go, Bernadette

“Magnificent, genius, enraging, mysterious, joyous, terrifying, and, above all, hilarious! Within its pages, Antkind might contain the universe.”—Andrew Sean Greer, Pulitzer Prize–winning author of Less

“A tribute to the absurdity of story and ego and obsession that manages to criticize all of this as fiercely as it embraces it all,  Antkind is as funny and brilliant and utterly idiosyncratic as you could ever hope. I couldn’t put it down, which is saying a lot, because holy shit, is it heavy.”—Mat Johnson, author of Pym and Loving Day

“Kaufman delivers a terrific debut novel that makes Gravity's Rainbow read like a Dr. Seuss story. . . . [It commands] attention from start to finish for its ingenuity and narrative dazzle. Film, speculative fiction, and outright eccentricity collide in a wonderfully inventive yarn—and a masterwork of postmodern storytelling.”—Kirkus Reviews (starred review)

Charlie Kaufman is the screenwriter of many films, including Anomalisa; Synecdoche, New York; Adaptation; Eternal Sunshine of the Spotless Mind; and Being John Malkovich. He won an Academy Award for his work on Eternal Sunshine of the Spotless Mind and has been nominated three additional times. Kaufman is also a three-time BAFTA winner for screenwriting, and he has been nominated for three Golden Globe Awards, among many other film honors.