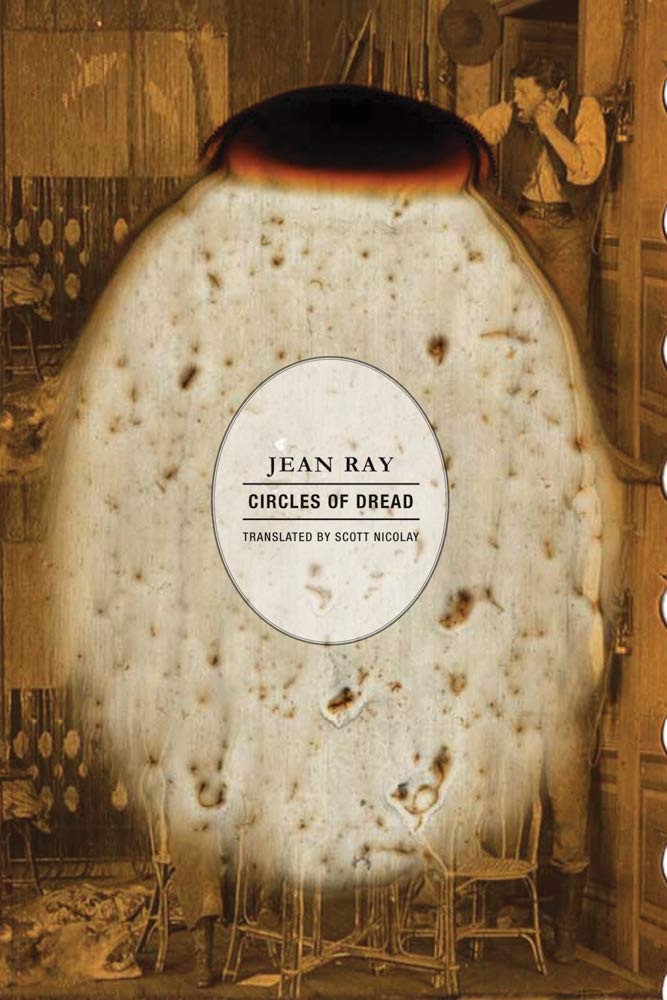 Wartime tales of disquiet and dread from Jean Ray, author of Cruise of Shadows and progenitor of the “Belgian School of the Strange”

During the Occupation, severed from contact with France and other countries, Belgian publishing turned inward, and forgotten authors such as Jean Ray were given new leases on literary life. Embracing the influence of American pulp fiction, Ray’s short stories found a new audience during World War II, and gave voice to a realm of fear and unease that blended fantasy with a Catholic heritage and a distinctly bourgeois everyday.

Circles of Dread, Ray’s fourth short-story collection, was first published in 1943, the same year that saw the appearance of his best-known work, the novel Malpertuis. This collection’s portholes onto sinister fantasy include such stories as “The Marlyweck Cemetery,” “The Inn of the Specters” and “The Story of the Wûlkh.” Ray takes the reader from the quiet streets of Ghent to the scrambled streets of London to the Flinders river in Australia, with tales spun from such materials as the iron hand of Götz von Berlichingen, the black mirror of John Dee, a Moustiers ceramic plate and the shifting, extradimensional menace of a predatory cemetery.

Alternately referred to as the “Belgian Poe” and the “Flemish Jack London,” Jean Ray (1887-1964) delivered tales and novels of horror under the stylistic influence of Dickens and Chaucer. His alleged lives as an alcohol smuggler on Rum Row in the Prohibition Era, an executioner in Venice and a Chicago gangster in fact covered over a more prosaic existence as a manager of a literary magazine that led to a prison sentence, during which he wrote some of his most memorable tales.