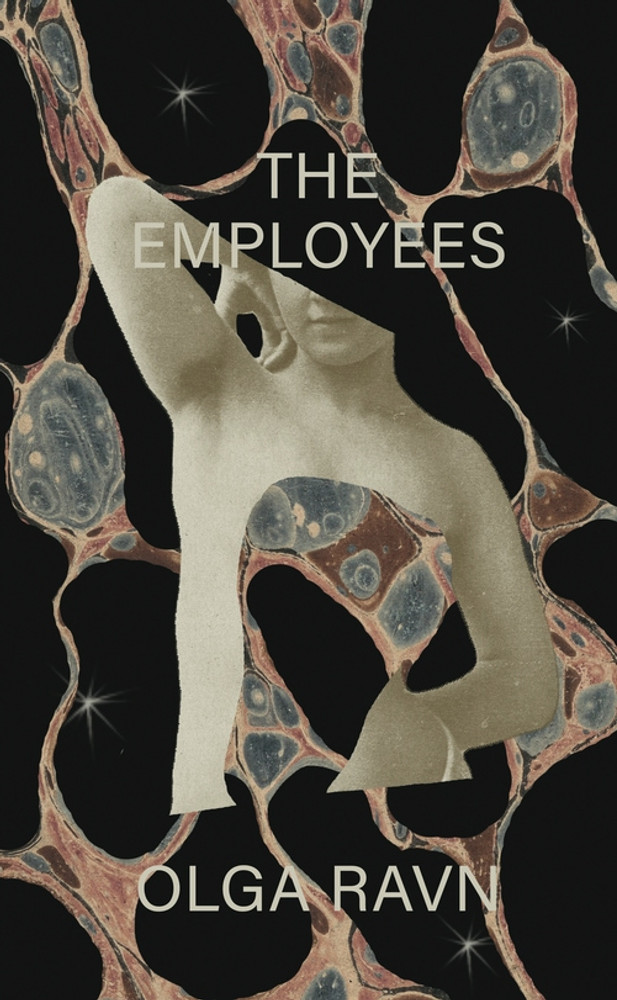 Shortlisted for the International Booker prize, The Employees reshuffles a sci-fi voyage into a riotously original existential nightmare

Funny and doom-drenched, The Employees chronicles the fate of the Six-Thousand Ship. The human and humanoid crew members complain about their daily tasks in a series of staff reports and memos. When the ship takes on a number of strange objects from the planet New Discovery, the crew becomes strangely and deeply attached to them, even as tensions boil toward mutiny, especially among the humanoids.

Olga Ravn’s prose is chilling, crackling, exhilarating, and foreboding. The Employees probes into what makes us human, while delivering a hilariously stinging critique of life governed by the logic of productivity.

"A deeply sensory book, suffused with aroma and alert to tactility... The Employees is not only a disconcertingly quotidian space opera; it’s also an audacious satire of corporate language and the late-capitalist workplace, and a winningly abstracted investigation into what it means to be human… This clever, endlessly thought-provoking novel catches something of our recursive search for the nature of consciousness; a question that answers itself, a voice in the darkness, an object moving through space."
― Justine Jordan, Guardian

"Everything I’m looking for in a novel. I was obsessed from the first page to the last. A strange, beautiful, deeply intelligent and provocative investigation into humanity. The Employees is an alarmingly brilliant work of art"
― Max Porter

"Beautiful, sinister, gripping. A tantalizing puzzle you can never quite solve. All the reviews say that the novel is, ultimately, about what it means to be human. What makes it exceptional, however, is the way it explores the richness and strangeness of being non-human."
― Mark Haddon

"What might result if Ursula K. Le Guin and Nell Zink had a baby."
― Tank Magazine

"An achingly beautiful mosaic of fragile characters managing their longing, pain, and alienation. This gorgeous, evocative novel is well worth the effort."
― Publishers Weekly

"In brief numbered statements delivered by the human and nonhuman crew of the Six Thousand Ship to a shadowy committee, Ravn seeds her narrative with direct and allegorical reflections on transhumanism, disappearing nature, and the ambiguities of being embodied... The novel is by turns queasily exact about what is seen―skin pitted like pomegranate, an object’s furrows oozing some nameless balm―and willfully obscure. Ambiguity is everything: “I don’t know if I’m human anymore. Am I human? Does it say in your files what I am?”"
― Brian Dillon, 4columns

"The Employees asks important questions about what makes up human consciousness, and also, critiques corporate language that can make its way into our lives sometimes without us knowing. It's very funny. It's very interesting. I definitely recommend checking this one out."
― Corinne Segal, WNYC

"A book that strikes a rare balance between SF philosophy and workaday feeling all while whirling through space."
― Kirkus

Olga Ravn (born 1986) is a Danish novelist and poet. Her debut poetry collection I Devour Myself Like Heather appeared to critical acclaim in 2012. Alongside Johanne Lykke Holm she ran the feminist performance group and writing school Hekseskolen from 2015 to 2019. In collaboration with Danish publisher Gyldendal she edited a selection of Tove Ditlevsen’s texts and books that relaunched Ditlevsen readership worldwide.