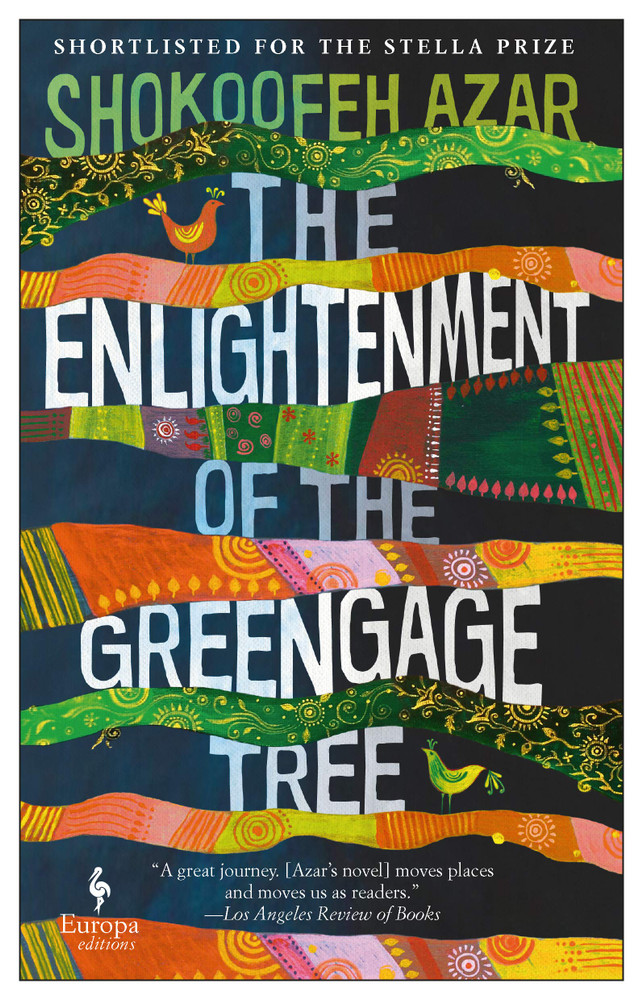 Enlightenment of the Greengage Tree

SHORTLISTED FOR THE 2020 INTERNATIONAL BOOKER PRIZE

From the pen of one of Iran’s rising literary stars, The Enlightenment of the Greengage Tree is a family story about the unbreakable connection between the living and the dead.

Set in Iran in the decade following the 1979 Islamic Revolution, this moving, richly imagined novel is narrated by the ghost of Bahar, a thirteen-year-old girl, whose family is compelled to flee their home in Tehran for a new life in a small village, hoping in this way to preserve both their intellectual freedom and their lives. But they soon find themselves caught up in the post-revolutionary chaos that sweeps across their ancient land. Bahar’s mother, after a tragic loss, will embark on a long, eventful journey in search of meaning in a world swept up in the post-revolutionary madness.

Told from the wise yet innocent gaze of a young girl, The Enlightenment of the Greengage Tree speaks of the power of imagination when confronted with cruelty, and of our human need to make sense of trauma through the ritual of storytelling itself. Through her unforgettable characters, Azar weaves a timely and timeless story that juxtaposes the beauty of an ancient, vibrant culture with the brutality of an oppressive political regime.

“If ever there was a book that needs to be read more than once, this is it.” —ArtsHub

“One of those miraculous books that not only has the power to send an arrow into your heart, it also makes you think.”—Qantara

“Shokoofeh Azar has found a brilliant way to use myth to record harsh truths about political and cultural upheaval.”—BookRiot

“[Azar’s] book is a great journey. It moves places and it moves us as readers, in an emotional and intellectual sense.” —Robert Wood, The Los Angeles Review of Books

“The Enlightenment of the Greengage Tree is a hugely ambitious book, blending familial drama with the history of a nation during a conflicted era.” —Words Without Borders

“Azar’s novel is sad, funny, poetic, moving and poignant all at once, a novel I would recommend without any reservations at all.”—Asian Review of Books

“The Enlightenment of the Greengage Tree is both a simple family story and a complex look at the nature of reality and imagination.” —The Winnipeg Free Press

“[The Enlightenment of the Greengage Tree] affirms again the adaptability, the veracity, the sheer power of the novel form.” —The Brooklyn Rail

“The plot is intricate…the writing is ravishing: shimmeringly poetic…so mesmerizing is the storytelling.” —Miriam Cosic, The Weekend Australian

“Azar delves deep into the mythological spirit realm and pre-Islamic Zoroastrian religion of ancient Persia . . . [taking] us into breathtaking worlds of imagination and allegory . . . Astonishing.” —Backstory

“I have never read such a voice before. It is playful, poetic and deeply melancholy at the same time. Azar writes about the blunt force or Iranian history with the lightness of a feather’s touch. Transcendental, brilliant and beautiful.” —Alice Pung, author of Laurinda

Shokoofeh Azar moved to Australia as a political refugee in 2011. She is the author of essays, articles, and children’s books, and is the first Iranian woman to hitchhike the entire length of the Silk Road. The Enlightenment of the Greengage Tree, originally written in Farsi, was shortlisted for Australia’s Stella Prize for Fiction and is her first novel to be translated into English.