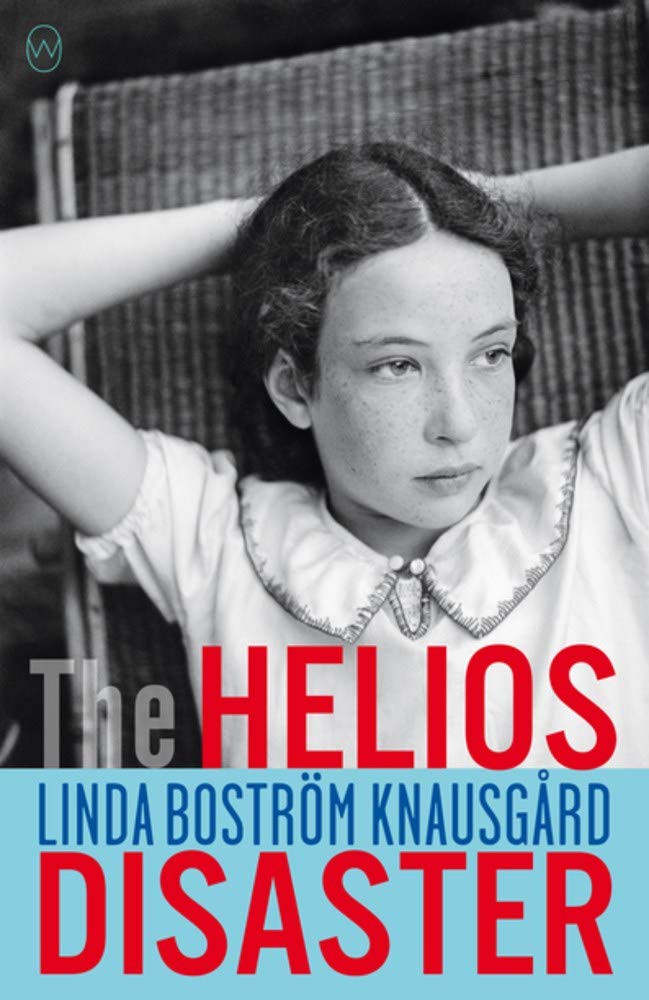 LONGLISTED FOR THE 2020 NATIONAL BOOK AWARD IN TRANSLATED LITERATURE

"Boström Knausgård’s careful exploration of mental illness is restrained and entirely unsentimental. (...) Her prose is unobtrusive in its simplicity and minimalism. The result is both powerful and lyrical." ―Words Without Borders

This modern spin on the myth of Athena plunges us deep inside the mind of an unlikely twelve-year-old goddess confined to a small Swedish town. Separated from her father just moments after bursting from his skull in full armor, Anna is packed off into foster care where she learns to ski, speaks in tongues, and negotiates the needs of a quirky cast of relatives. Unable to overcome her father’s absence, however, she finally succumbs to depression and is institutionalized. Anna’s rallying war cry rings out across the pages of this concise and piercing novel as a passionate appeal for belonging taken to its emotional extreme.

The Helios Disaster by Linda Boström Knausgård, translated by Rachel Willson-Broyles, is a study of loss that brings the myth of Athena to Sweden. Twelve-year-old Anna’s father is committed to a psychiatric hospital, and when the assimilation efforts with the foster family do not work out, she is institutionalized as well." ―National Book Foundation, *2020 National Book Award Longlist in Translated Literature*

“Ms. Boström Knausgård is good at evoking the fragility that can afflict even the most loving families. Her sentences, translated from the Swedish by Rachel Willson-Broyles, are short, dry and brittle, like tinder on the verge of combustion. The writing then takes fire in the desperate and disturbing portrait of mental illness” ―Sam Sacks, Wall Street Journal

“Blending psychological realism with a hallucinatory dose of the mythological, Linda Boström Knausgård’s The Helios Disaster eludes easy classification. It’s a slim novel that moves from trauma to revelation and back again; it’s also a disconcerting reworking of some memorable myths and legends. Running throughout the novel is a measured consideration of belief and humanity’s relationship to the divine―both metaphorically and literally.” ―Tobias Carroll, Words Without Borders

“In brilliant, harrowing pages of deep interiority, Knausgård describes Anna’s fever dream of alienation; Anna is desperate for love and confounded by it, and chronically incapable of connecting with those who might provide it. Knausgård’s bluntly surreal style―she is also a poet― suits Anna’s vibrant, tormented imagination…Tidy endings are nowhere to be found; Knausgård instead gratifies by portraiture, in her thrilling conception of a young goddess on earth.” ―Publishers Weekly

“a moving trip to an emotional bottom…A flinty, lyrical, and storm-clouded study of loss.” ―Kirkus Reviews

"Boström Knausgård’s careful exploration of mental illness is restrained and entirely unsentimental. (...) Her prose is unobtrusive in its simplicity and minimalism. The result is both powerful and lyrical." ―Words Without Borders

“Knausgård’s interpretation of a young Athena will indeed resonate for those readers familiar with narratives of teenage depression and suicide, as well as join those other worthy literary revisions of legendary gods whose exposed humanity in our world makes them more human than the mortals they are forced to commiserate with.” ―The Literary Review

“Linda Boström Knausgård's The Helios Disaster vibrates with a strange, seductive intensity. A mythological origin story as well as a modern story of otherness, it portrays the push and pull of human connection―the anguish of yearning for, but also fearing, the warmth and reach of others. Knausgård’s simple, disarming words bear complex, profound, and surprising truths.”―Chia-Chia Lin, author of The Unpassing

“The emotional intensity created by Boström Knausgård recalls Sylvia Plath, but her spare, accelerating modern myth owes something to the poet/classicist Anne Carson’s novels in verse. This novella cannot be read quickly, its psychological range and febrile prose demand attentiveness. It takes skill and imagination to describe extreme emotions in ways to which everybody can relate but that’s what Boström Knausgård achieves in this short, piercing book.”―The Independent

“This intriguing, lyrical novel is a powerful portrait of mental illness.”―Times Literary Supplement

“The story is tightly, cleverly organized around a central idea: to show how Anna’s perceptive, disturbed mind struggles to impose some kind of mental order and, finally, fails. The author’s passionate involvement with her protagonist illuminates what it is like to slide irresistibly away from reality.” ―Swedish Book Review

“The strangeness, originality, and supreme gentleness of the narrator’s inner world contrast sharply with the more recognizable, though not in all respects ordinary world into which she is forced. This, combined with her quiet determination to find her father and the increasingly astonishing events that occur, all add up to form a surprisingly modern portrait of longing and the possibility of homecoming.” ―Bookslut

“The Helios Disaster is a story about longing for a father and about prepubescence. About the will to die, refusal, and a sun shining far too brightly. But in this field of tension there is also a simple happiness. Boström Knausgård’s authorship keeps getting better and better.” ―Dagens Nyheter

“It is simple and it is grand, a story about a girl who came too close to the sun. The Helios Disaster shines!” ―Kulturnytt i P1, Sveriges Radio (Swedish Public Radio)

“The Helios Disaster is an insightful story about mental illness and missing a father. Linda Boström Knausgård manages to fill the rather monotonous hospital existence with a tension so powerful and poetic that one is actually quite taken by it and reads it without missing a single detail.” ―Kulturnyheterna SVT

“The Helios Disaster is a dense, tender, painful novel written in a prose which, always poetic, touches, shakes, and makes a mess.” ―Helsingborgs Dagblad

“Chosen for the unsentimental language of her portrayal of human existence on the border between a world distorted by psychosis and reality’s structured existence. Her stories are written according to the logic of myths, never asking why, but allowing an understanding of ourselves that is difficult to be determined in the dominant categories.”―Jury, Mare Kandre Prize

LINDA BOSTROM KNAUSGAARD is a Swedish author and poet, as well as a producer of documentaries for national radio. Her first novel, The Helios Disaster, was awarded the Mare Kandre Prize and shortlisted for the Swedish Radio Novel Award 2014 and is longlisted for the 2020 National Book Award in Translated Literature. Welcome to America, her second novel, was nominated for the prestigious Swedish August Prize and the Svenska Dagbladet Literary Prize.