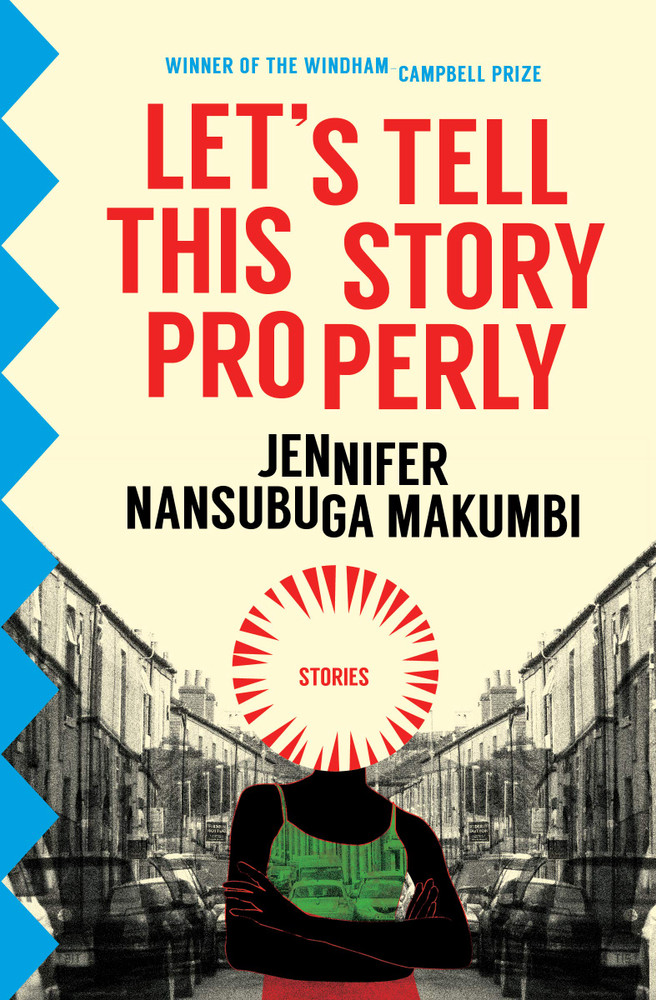 "Men behave badly in these stories, women suffer or negotiate for power, families bicker and try to cooperate. There is Uganda, and there is Britain, and then all the miles in between."—Los Angeles Times

How far does one have to travel to find home elsewhere? The stories in Jennifer Nansubuga Makumbi’s collection attempt to measure that distance. Centered around the lives of Ugandans in Britain, Let's Tell This Story Properly features characters both hyper-visible and unseen―they take on jobs at airport security, care for the elderly, and work in hospitals, while remaining excluded from white, British life. As they try to find their place, they drift from a home that feels further and further away. In an ambitious collection by the critically acclaimed author of Kintu, Let's Tell This Story Properly explores what happens to those who leave.

"Men behave badly in these stories, women suffer or negotiate for power, families bicker and try to cooperate. There is Uganda, and there is Britain, and then all the miles in between. The genius of the book . . . is the same as the argument for its more universal power: the way Makumbi can take two countries and still make their intersections feel like exactly the stories we all need."—Los Angeles Times

"Readers will savor Makumbi’s explorations of characters caught between Uganda and England and the cultural forces of immigration, making for a thoughtful, eloquent collection."—Publishers Weekly

"Time after time, Makumbi succeeds in making the familiar strange, as well as the reverse. This is a collection to savor in bits and bite-sized portions; there are too many pungencies to swallow in one gulp."—New York Journal of Books

"A soaring and sublime epic. One of those great stories that was just waiting to be told."—Marlon James

"With a novel that is inventive in scope, masterful in execution, she does for Ugandan literature what Chinua Achebe did for Nigerian writing."—Lesley Nneka Arimah, Guardian

"Kintu is a masterpiece, an absolute gem, the great Ugandan novel you didn't know you were waiting for."—Aaron Bady, The New Inquiry

"A masterpiece of cultural memory, Kintu is elegantly poised on the crossroads of tradition and modernity."—Publishers Weekly (Starred Review)

"Makumbi takes a sniper’s aim at the themes of virility and power across time. Over the course of six rich sections, she fires not a single gratuitous shot."—Public Books

"Postcolonial literature is often thought of as a conversation between a native culture and a Western power that sought to dominate it . . . Jennifer Nansubuga Makumbi’s marvelous Ugandan epic, Kintu, explodes such chauvinism."—Guernica

"With crisp details and precise prose, Makumbi draws us into the dynamic and vast world of Uganda—its rich history, its people’s intricate beliefs, and the collective weight of their steadfast customs."—World Literature Today

"Some authors set the bar high with their debut work. Then there are authors like Jennifer Nansubuga Makumbi whose first novel succeeds on such a stratospheric level it’s nearly impossible to imagine—or wait for—what she’ll write next."—Iowa Gazette

"Jennifer Makumbi’s Kintu is a charming fable, a wide-ranging historical fiction, and a critical historiography . . . fresh, intelligent, critical, and ambitious."—Bookwitty

"Makumbi’s characters are compelling as individuals, but it is their shared past and journey toward a shared future that elevate the novel to an epic and enigmatic masterpiece."—The Riveter

Go Tell It on the Mountain