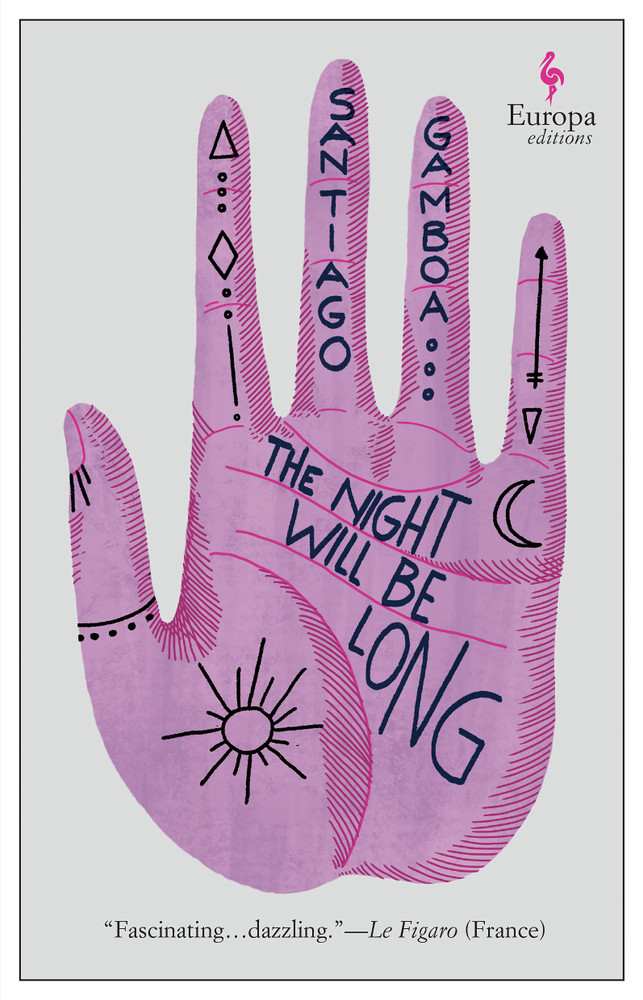 Night Will Be Long

The newest novel from one of Colombia’s most distinguished and beloved writers is a gripping thriller about corruption deep within the foundations of the Churches in Latin America.

When a horribly violent confrontation occurs outside of Cauca, Colombia, only a young boy is around to witness it. But no sooner does the violence happen than it disappears, vanished without a trace. Nobody claims to have seen anything. Nobody claims to have heard anything. That is, until an anonymous accusation catalyzes a dangerous investigation into the deep underbelly of the Christian churches present today in Latin America. The Night Will Be Long is a dark, twisting thriller filled with moments of humor and pain--a story that will stick with readers long after they turn the last page.

“Gamboa's talent at cultivating intrigue and the extravagant energy of his stories make him compulsive reading.”—Times Literary Supplement

“Each novel by Santiago Gamboa is at the forefront of the best Latin American novels. Gamboa dismantles the legacy of Chandler and Hammett, adapting it to the craggy environs of Colombia, and adds to it a tireless sense of ethics. His novels revitalize a genre that we thought could do no more.”—Martín Solares, author of The Black Minutes

For Return to the Dark Valley

“Fans of Roberto Bolaño will feel right at home in this globetrotting tale of misfit poets and ultraviolent drug lords . . . A page turner”—Miami Rail

“Action-packed plotting propels this rabidly contemporary novel forward, as it examines the movement of people across the shifting geopolitical landscape, the impossibility of returning and the potential redemptive power of poetry.”—The New York Times Book Review

“Brilliantly translated, Night Prayers is an incredible reading experience with a pounding heart and wisdom to boot.”—Mark Haber, Brazos Bookstore

Novelist, short story writer, and journalist, Santiago Gamboa was born in Colombia in 1965. His American debut, published by Europa in 2012, was the novel Necropolis, winner of the Otra Orilla Literary Prize. He is also the author of Night Prayers (Europa Editions, 2016) and Return to the Dark Valley (Europa, 2017).

Andrea Rosenberg is a translator from Spanish and Portuguese to English. Her translations include Tomás González’s The Storm (Archipelago Books 2018), Inês Pedrosa’s In Your Hands (AmazonCrossing 2018), Aura Xilonen’s The Gringo Champion (Europa Editions 2017), and Juan Gómez Bárcena’s The Sky Over Lima (Houghton Mifflin 2016). Her translation of Marcelo D’Salete’s graphic novel Run for It: Stories of Slaves Who Fought for Their Freedom (Fantagraphics 2017) won an Eisner Award in July 2018.