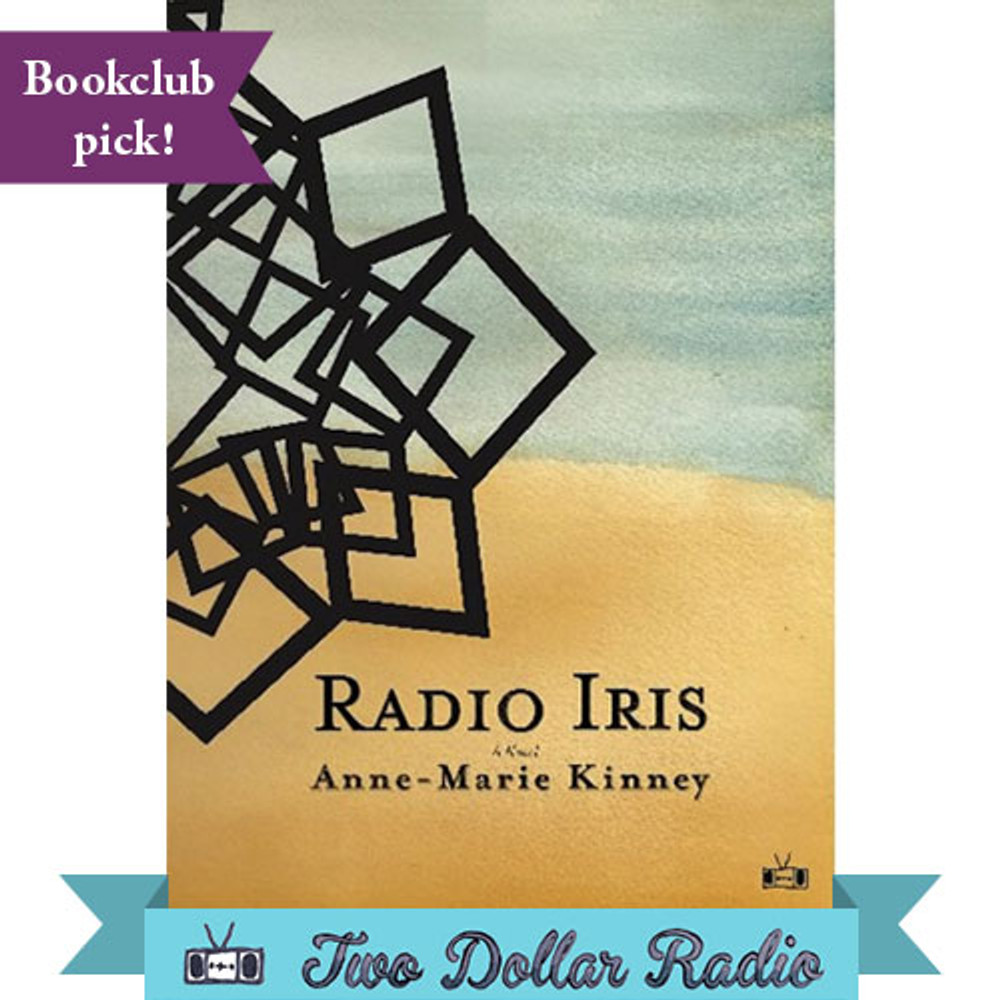 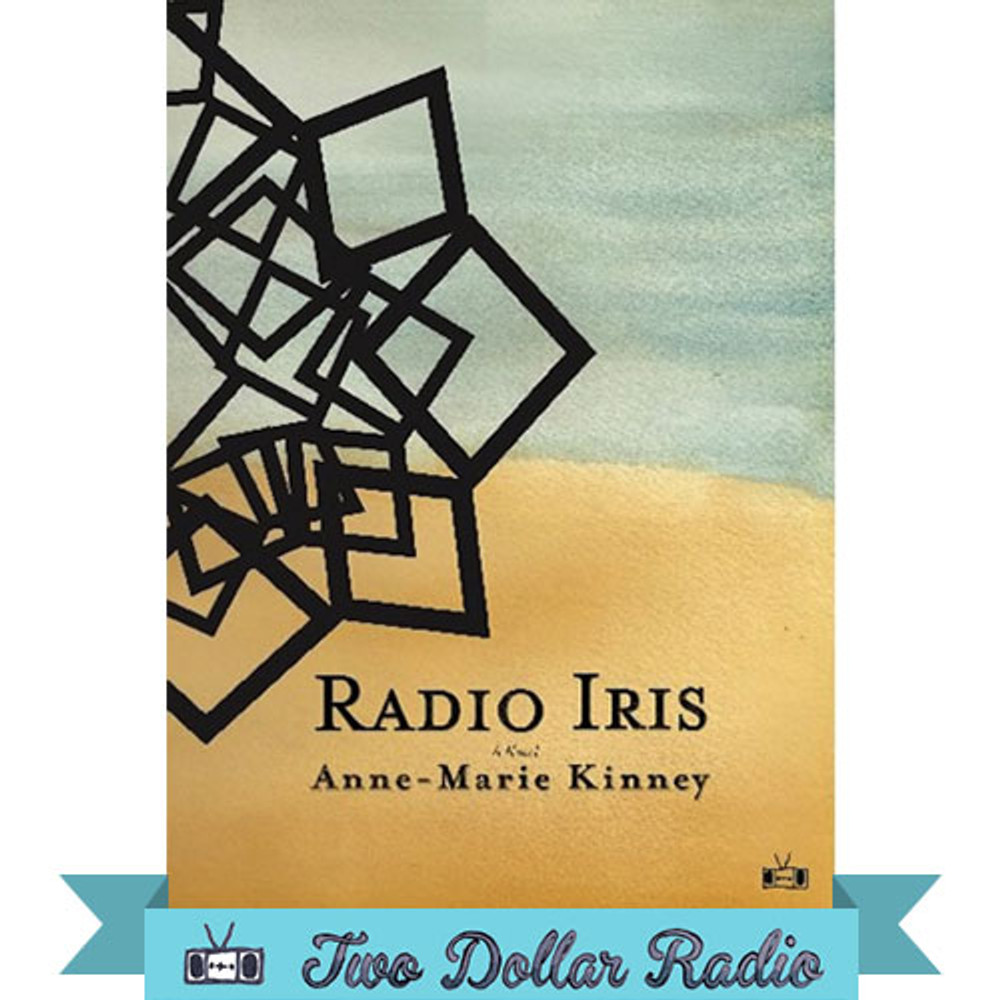 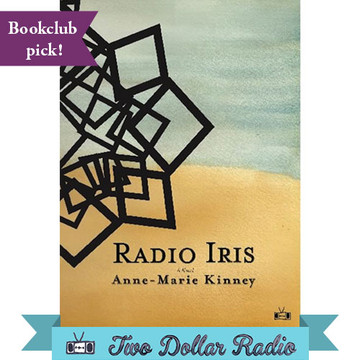 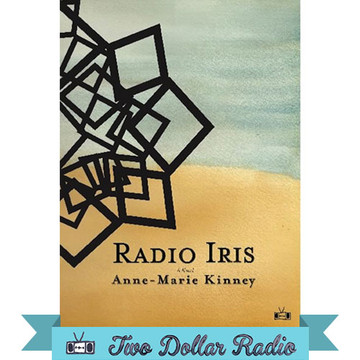 This title is the June 2019 pick for the FEMINIST SCI-FI BOOKCLUB! Find out more here.

Radio Iris follows Iris Finch, a twentysomething socially awkward daydreamer and receptionist at Larmax, Inc., a company whose true function she doesn’t understand (though she’s heard her boss refer to himself as “a businessman”).

Gradually, her boss’ erratic behavior becomes even more erratic, her coworkers begin disappearing, the phone stops ringing, making her role at Larmax moot, and a mysterious man appears to be living in the office suite next door.

Radio Iris is an ambient, eerie dream of a novel, written with remarkable precision and grace that could also serve as an appropriate allegory for our modern recession.

"A noirish nod to the monotony of work."
—O, The Oprah Magazine

"There's almost a noirish feel to this slim book, which offers a surreal look at how tedious and weird modern corporate life can be."
—Vulture

“Radio Iris has a lovely, eerie, anxious quality to it. Iris's observations are funny, and the story has a dramatic otherworldly payoff that is unexpected and triumphant.”
—Deb Olin Unferth, New York Times Book Review, Editors' Choice

"There's a Kafkaesque layer of weirdness smeared across everything [but] Radio Iris refuses to limit itself to the drama of the weird. Instead, within the framework of the facelessness of contemporary society that it sets up, the novel digs deeper, wrestling with timeless, fundamental questions."
—The Collagist

"Radio Iris exists in a potent unreality, The Office as scripted by Kafka."
—Minneapolis Star-Tribune

"Iris spends her days in this world, but not of it—always listening, always dreaming, always looking beneath the surface. Like her protagonist, Kinney is a messenger between worlds, and the news she brings, is startling and beautiful."
—The Rumpus

"Radio Iris is about a young woman who keeps to herself while also being an allegory of the global economic collapse. Iris sees the everyday, mundane world through an enviable lens of detail, wonder and even magic. The larger themes of the novel—death, reality, family—are mirrored in the mystery with which she translates the world around her."
—HTML Giant

"Kinney is a Southern California Camus. She writes the old story of human versus workplace monotony with a twist. Iris may not be glamorous, but she is persistent, with a front-row seat to the end of business as usual."
—Los Angeles Magazine

"A first novel with aplomb. Whether read as a parable about the modern workplace, an Alice in Wonderland fable or a portrait of an existential crisis that starts within Iris but spreads outward, the conclusion is as haunting as could be. Fans of David Lynch's films will appreciate how Iris Finch's world crumbles around her, literally and figuratively, in this intoxicating debut novel."
—Shelf Awareness

"The language is gorgeous and, especially when spun into Kinney's apt and lyrical reflections on life, the real reason to read this book."
—Colorado Springs Independent

"One of the year's finest literary debuts, a modern office novel both lyrical and surprising."
—Largehearted Boy

"A finely-crafted, subtle thriller. Kinney leads us by the hand so skillfully that everyday happenings become riveting... Suggestive of Murakami... A very satisfying and engaging read."
—The Brooklyn Rail

"Working for a company that might be called Kafka Ballard & Dickinson, bearing a kind of sonic witness to a world of static, Iris likes to listen the way some like to watch. Searching for home, she’s the passenger of her own voice. Anne-Marie Kinney’s Radio Iris is a novel of unsettling humor and elusive terror, a piercing loneliness and the strangeness of the banal, and a hushed power that grows in volume before your ears."
—Steve Erickson

"Radio Iris is a revelation, a whimsical, charming and beautifully observed novel about quotidian life. Anne-Marie Kinney's Iris is a contemporary version of Calvino's Marcovaldo, caught between the rich expression of her own humanity and the random demands of the workaday world."
—T.C. Boyle

"Radio Iris brings new shimmer and depth to the word sensory—Iris's perceptions are both keen and open, so mysterious and grounded, and the book builds a narrative of mystery and longing with visceral, ringing precision."
—Aimee Bender

"In Radio Iris, Anne-Marie Kinney, introduces us to Iris Finch, a young woman of a new lost and lonely generation. With prose as pitch perfect as the Buddy Holly songs Iris loves, Kinney draws us into a world both familiar and quotidian and unfathomable and harrowing."
—Bruce Bauman

Anne-Marie Kinney's work has appeared in Black Clock, Indiana Review, and Keyhole, and has been performed by Los Angeles’s Word Theatre. Radio Iris is her first novel.