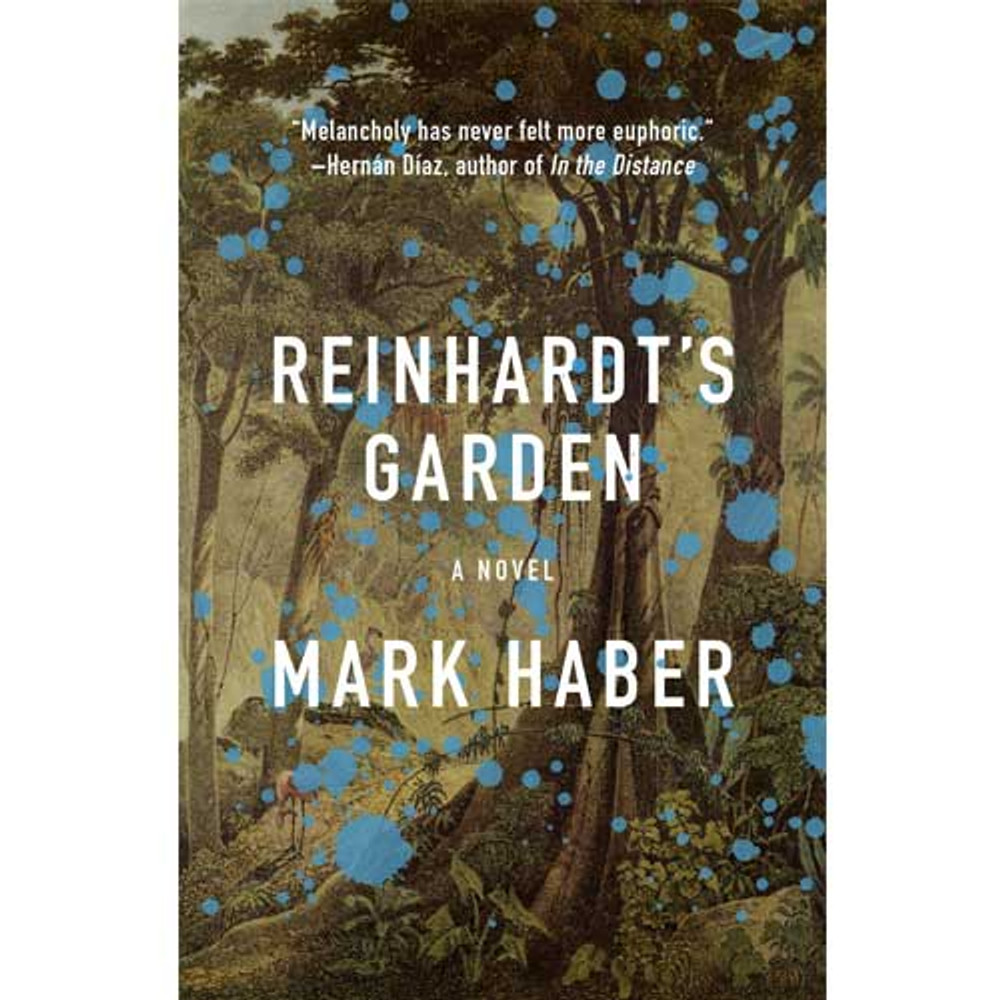 At the turn of the twentieth century, as he composes a treatise on melancholy, Jacov Reinhardt sets off from his small Croatian village in search of his hero and unwitting mentor, Emiliano Gomez Carrasquilla, who is rumored to have disappeared into the South American jungle—“not lost, mind you, but retired.” Jacov’s narcissistic preoccupation with melancholy consumes him, and as he desperately recounts the myth of his journey to his trusted but ailing scribe, hope for an encounter with the lost philosopher who holds the key to Jacov’s obsession seems increasingly unlikely.

From Croatia to Germany, Hungary to Russia, and finally to the Americas, Jacov and his companions grapple with the limits of art, colonialism, and escapism in this antic debut where dark satire and skewed history converge.

“Jacov Reinhardt and his faithful assistant roam South America in a quixotic search for the essence of melancholy—an enterprise that makes Werner Herzog’s Fitzcarraldo, their rough contemporary, come off as a levelheaded pragmatist. To follow Reinhardt, fueled by amounts of cocaine not even Sigmund Freud could have managed, is to walk into a fascinating literary maze that spans from Ulrich Schmidl’s chronicles to the decadent movements in turn-of-the-century Europe and Latin America. Melancholy has never felt more euphoric than in Mark Haber’s breathless paragraph-long novel.” —Hernan Diaz

“An exhilarating fever dream about the search for the secret of melancholy . . . Haber’s dizzying vision dextrously leads readers right into the melancholic heart of darkness.” —Publishers Weekly

“Haber, who has been called 'one of the most influential yet low-key of tastemakers in the book world,' is about to raise it up a level with the debut of his novel.” —The Millions

“In prose as sure as a poison-laced dart, Mark Haber takes the reader on a delirious journey to the heart of melancholy.” —Sjón

“An adventurous journey into the country of melancholy. A fascinating dissection of human vulnerability.” —Guadalupe Nettel

“Reinhardt’s Garden is one of those perfect books that looks small and exotic and melancholic from the outside but, once in, is immense and exultant in the best possible way. Think Amulet by Roberto Bolaño, think Nightwood by Djuna Barnes, think Train Dreams by Denis Johnson, think Wide Sargasso Sea by Jean Rhys, think Zama by Antonio Di Benedetto, think The Loser by Thomas Bernhard. Think.” —Rodrigo Fresán

“It’s official: [Mark Haber]’s novel about melancholy is a laugh riot. Narrated by the devoted assistant of pseudo-intellectual Jacov Reinhardt, the reader follows along for their increasingly misbegotten, cocaine-fueled adventures across Europe and South America. Told in one long, feverish paragraph with sentences that surprise at nearly every turn, Reinhardt’s Garden is a gorgeous, joyful, tiny epic. I loved it, and more importantly it got me out of yet another reading rut. Preorder this bad boy from an indie bookstore or [Coffee House Press] please!” —Annie Metclaf, Magers and Quinn Booksellers

Mark Haber’s 2008 collection of stories, Deathbed Conversions, was translated into Spanish in 2017. He has served as a juror for the National Endowment for the Arts translation grant as well as the Best Translated Book Award. He lives in Houston, Texas, where he is a bookseller and the operations manager of Brazos Bookstore.

Eight Princesses and a Magic Mirror