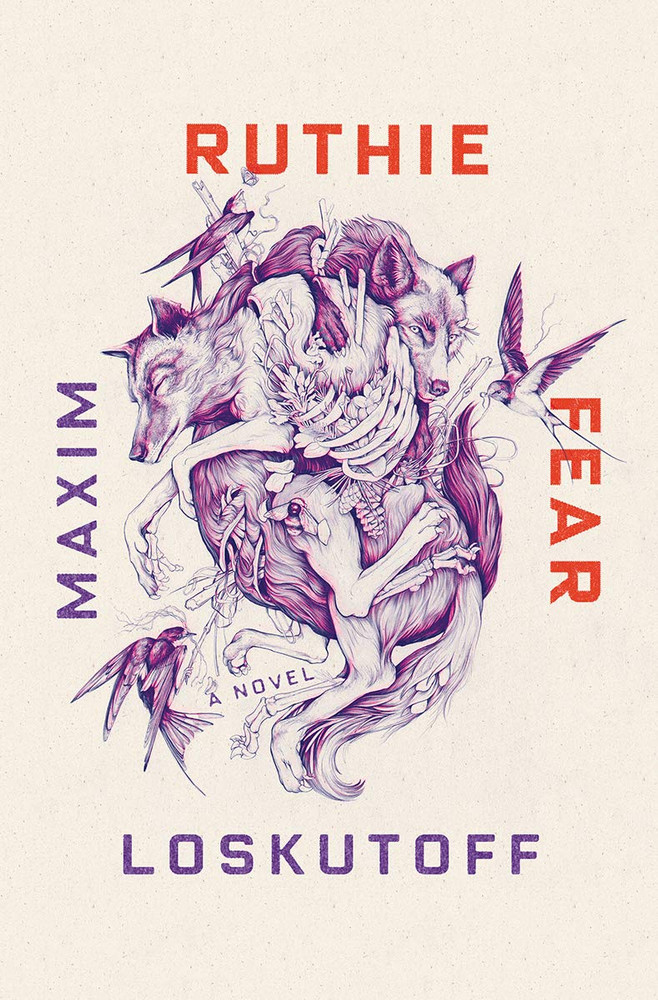 In this haunting parable of the American West, a young woman faces the violent past of her remote Montana valley.

As a child in Montana’s Bitterroot Valley, Ruthie Fear sees an apparition: a strange, headless creature near a canyon creek. Its presence haunts her throughout her youth. Raised in a trailer by her stubborn, bowhunting father, Ruthie develops a powerful connection with the natural world but struggles to find her place in a society shaped by men. Development, gun violence, and her father’s vendettas threaten her mountain home. As she comes of age, her small community begins to fracture in the face of class tension and encroaching natural disaster, and the creature she saw long ago reappears as a portent of the valley’s final reckoning.

An entirely new kind of western and the first novel from one of this generation’s most wildly imaginative writers, Ruthie Fear captures the destruction and rebirth of the modern American West with warmth, urgency, and grandeur. The Technicolor bursts of action that test Ruthie’s commitment to the valley and its people invite us to look closer at our nation’s complicated legacy of manifest destiny, mass shootings, and environmental destruction. Anchored by its unforgettable heroine, Ruthie Fear presents the rural West as a place balanced on a knife-edge, at war with itself, but still unbearably beautiful and full of love.

“Meet Ruthie Fear. Once you know her, you’ll never forget her. Maxim Loskutoff maps Ruthie’s Bitterroot Valley with clarity, wisdom, and tenderness, tracking the shifting relationships between those who originally inhabited the land and those who have colonized it, those who hunt and those who are hunted. This novel will seize you by the throat from its very first pages and leave you gasping for air by its end.”
- Julia Phillips, author of Disappearing Earth

“A brilliant, gritty, and poetic novel. In Ruthie Fear, Maxim Loskutoff explores the ongoing exploitation and destruction of the natural beauty and wildlife of the American West with one of the most vivid, honest, and heartbreaking characters to appear in fiction in the last few years.””
- Donald Ray Pollock, author of Knockemstiff

“A ferocious, unsettling, raging storm of a novel that captures not only a place of hauntings and heartbreaks but also a world on the precipice. This is a symphony on fire, a call for us to be better―a beautiful, glimmering song.”
- Paul Yoon, author of Snow Hunters

“Maxim Loskutoff writes the various violences of the contemporary American West (development, extraction, racism, misogyny, and guns, guns, guns) unapologetically, unromantically, and with a razor-sharp clarity that’s like a punch to the gut. The novel not so much centers around as conjures itself out of the fierce, tender wolf cub of a girl at its center who receives, exposes, incorporates, and transmogrifies that violence. I want Ruthie Fear on my side as we descend into whatever comes next.”
- Pam Houston, author of Cowboys Are My Weakness

“An original and shape-shifting western parable. A book full of earnest, proud, damaged, and endearing characters, each one chasing their own American Dream. Maxim Loskutoff’s writing is endowed with fearless audacity, stunning grace, and gutsy heart.”
- Nickolas Butler, author of Shotgun Lovesongs

“Ruthie Fear yanks you into its urgent world, where wildness is an endangered species and wilderness is being fenced off and paved over. Maxim Loskutoff’s debut novel walks a line between the dirt and bone of the earth and the hazy nightmares of myths. Written with love and precision, this book will cling to you long after the last page.”
- James Scott, author of The Kept

“Maxim Loskutoff takes the real world, the gritty realism of western mountain poverty and class warfare, and turns them inside out, infusing them with the wonderfully strange. The ancient mountain wilderness becomes a violent ecotone between two worlds that cannot coexist, and we see the inevitable catastrophic clash through the eyes of a fascinating new young hero in American fiction.”
- Brad Watson, author of Miss Jane

Maxim Loskutoff is the critically acclaimed author of the story collection Come West and See. His stories and essays have appeared in numerous periodicals, including the New York Times, Chicago Tribune, Ploughshares, and the Southern Review. He lives in western Montana.