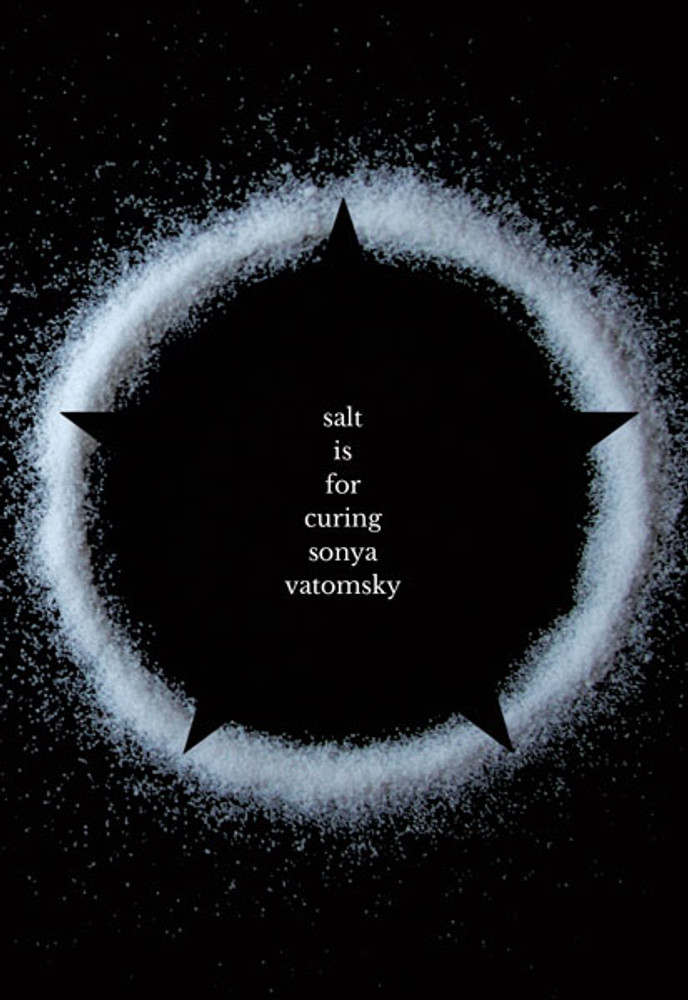 Salt Is for Curing

Salt Is for Curing is the lush and haunting full-length debut by Sonya Vatomsky. These poems, structured as an elaborate meal, conjure up a vapor of earthly pains and magical desires; like the most enduring rituals, Vatomsky's poems both intoxicate and ward. A new blood moon in American poetry, Salt Is for Curing is surprising, disturbing, and spookily illuminating.

"Sonya Vatomsky's Salt Is for Curing is many things: a feast, a grimoire, a fairy tale world, the real world. It's also too smart for bullshit and too graceful to be mean about the bullshit: a marvelous debut. I love it."
—Ariana Reines, author of Mercury

"Imagine bodies within bodies eating a feast, spilling over with their own secrets and hopes and dreams and fears and brutality and witchery. That is the party you will find in this book—a modern-day, literary equivalent of a Bosch painting."
—Juliet Escoria, author of Black Cloud

"These poems melt the hard fat of life into tallow candles, then they reach up and light themselves."
—Mike Young, author of Sprezzatura

Sonya Vatomsky is a Russian American non-binary artist with too many feelings on the inside and too much cat hair on the outside. Their Pushcart Prize-nominated writing appears in Atlas Obscura, Mental Floss, Hyperallergic, MEL Magazine, The Establishment, Rue Morgue, Death & The Maiden, Slutist, Sabat Magazine, Rookie Magazine, The Hairpin, and other publications. Additionally, they are a staff writer at Haute Macabre, where they cover everything from literature to fashion to dinnerware made out of human ashes.

Sonya’s debut poetry collection, Salt Is For Curing, was published in 2015 by Sator Press and received accolades from Dennis Cooper, Roxane Gay, and Ariana Reines. A chapbook, My Heart In Aspic, is available from Porkbelly Press.

Sonya was born in Moscow and lives in Seattle where, like everyone in Seattle, they cohabitate with a cat (Magpie Underfoot) and someone in a band (Gregg Alexander Joseph Neville of Golden Gardens). They hold a BA in Linguistics with minors in German Linguistics and Finnish from the University of Washington.

Goodreads Reviews for Salt Is For Curing