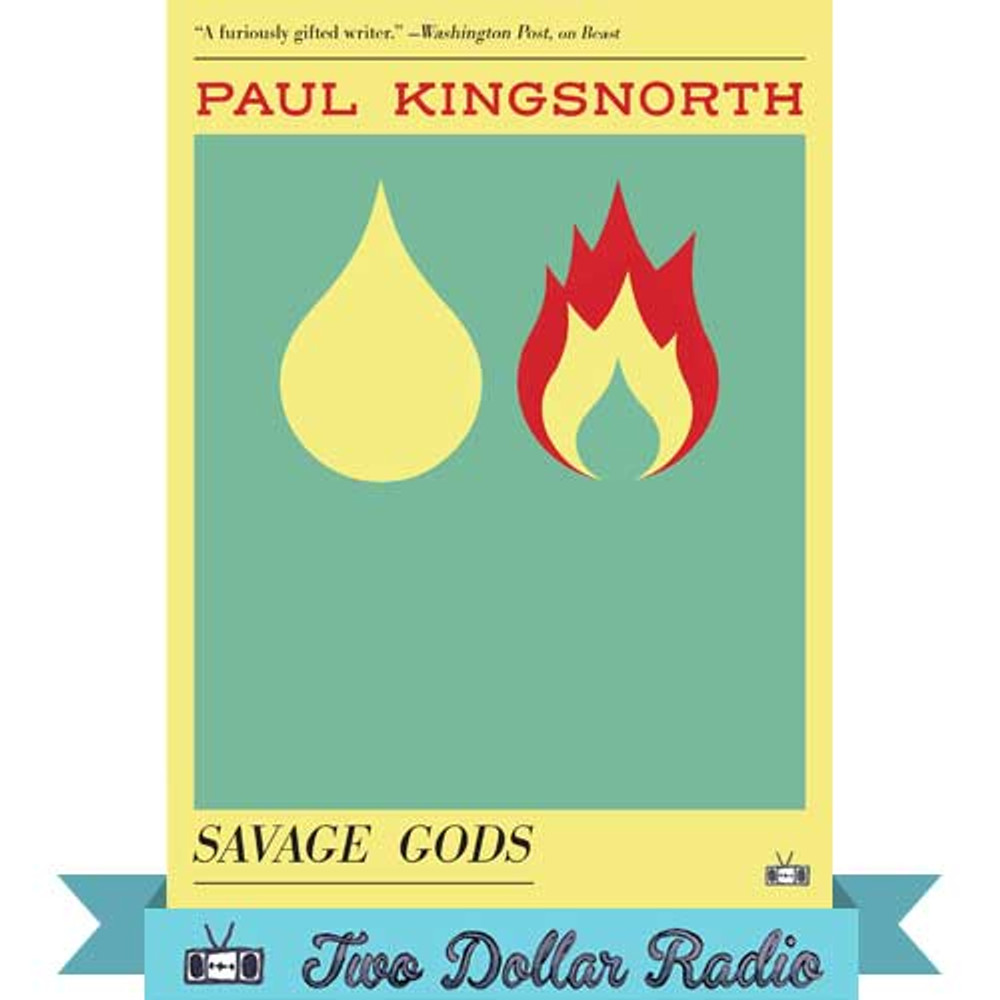 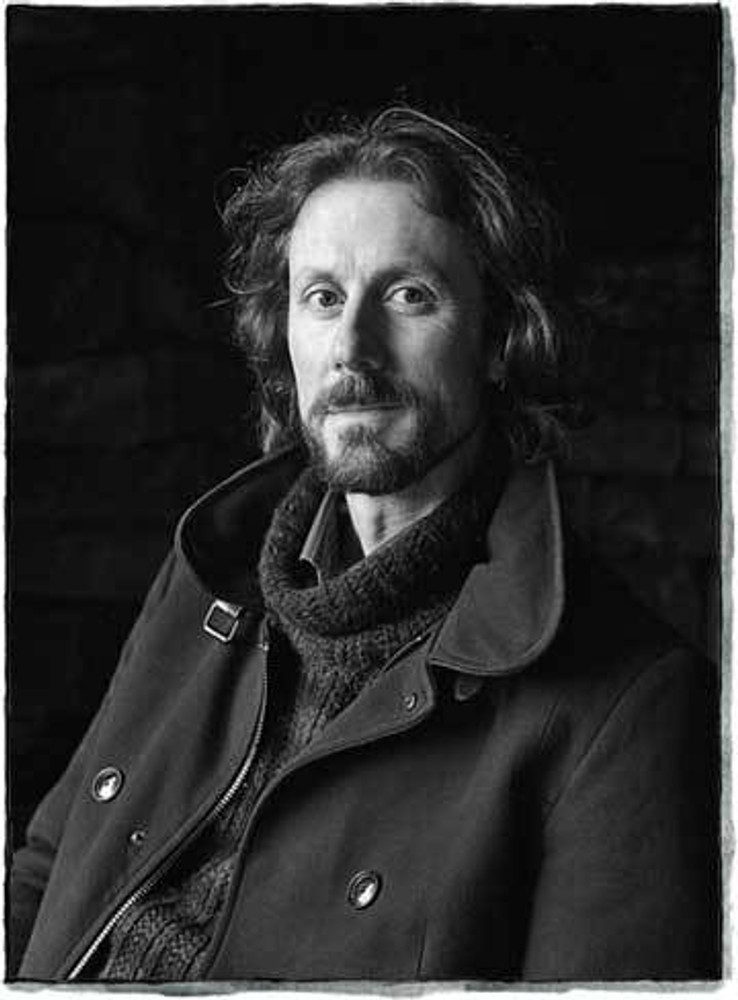 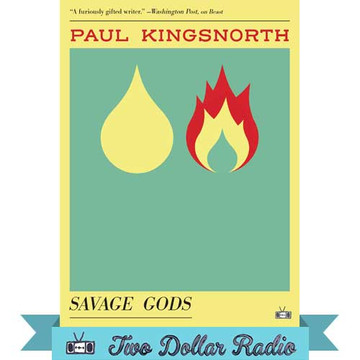 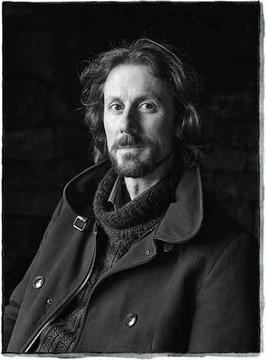 After moving with his wife and two children to a smallholding in Ireland, Paul Kingsnorth expects to find contentment. It is the goal he has sought — to nest, to find home — after years of rootlessness as an environmental activist and author. Instead he finds that his tools as a writer are failing him, calling into question his foundational beliefs about language and setting him at odds with culture itself.

Informed by his experiences with indigenous peoples, the writings of D.H. Lawrence and Annie Dillard, and the day-to-day travails of farming his own land, Savage Gods asks: what does it mean to belong? What sacrifices must be made in order to truly inhabit a life? And can words ever paint the truth of the world — or are they part of the great lie which is killing it?

"Savage Gods is a beautiful, intelligent, extremely poetic book about a writer dissecting his thoughts and feelings on the page without the protective layer of fiction."
—Gabino Iglesias, NPR

"How often do we get an environmental activist and poet—who once worked undercover in West Papua New Guinea, who has been cited by figures as diverse as David Cameron and Mark Rylance, and who believes '[s]ocial media is like a giant communal toilet'—confronting the failure of language and civilization in 142 pages?"
—Molly Young, Vulture "The Best and Biggest Books to Read This Fall" (Fall Preview 2019)

"What can nature teach us about ourselves? For English writer Paul Kingsnorth, moving his family to a small farm in Ireland illuminated a sense of disconnection. He wrestles with language, land and rootlessness in Savage Gods.”
—Laura Pearson, Chicago Tribune "Fall literary preview: 28 books you need to read now"

"Kingsnorth's is a voice worth listening to."
—Kirkus Reviews

"What ultimately makes Savage Gods a success is Kingsnorth’s passion. His honest probing of himself is the real strength of this book. He is a man bearing everything. And for all the confessional memoirs so popular at the moment, this is the real deal."
—Scott Beauchamp, The American Conservative

"Savage Gods is a compromise of a book, too, veering between inner and outer worlds, shape-shifting from narrative to aphorism to vision. But tidiness is indisposed to containing multitudes, and there’s a price to pay in retaining them. Kingsnorth’s troublesome words do an unexpectedly moving job of capturing the problem of being, and of writing about it."
—Nina Lyon, The Spectator

"Kingsnorth grapples with his inabilities as a writer and the impossibility of ever truly feeling at home. Unlike anything I have read. Raw, and true, and perceptive."
—Nora, Three Lives and Company Booksellers, newsletter (New York, NY)

"Paul Kingsnorth is an acclaimed writer... His books bristle with an awareness of place and history, and so it’s not hugely surprising that his latest book, Savage Gods, is about his own embrace of a more rural existence.... Kingsnorth’s isolation prompts a crisis of confidence in his own abilities as a writer."
—Tobias Carroll, InsideHook "What Happens When Living in Isolation Goes Wrong?"

"Savage Gods is, in some ways, an earnest attempt to tell the truth about why we write. But it is much more than that … [it is] a meditation on the peculiar homelessness of our age, adrift as we are from any real connection to nature and landscape. In this way, Savage Gods is a deeply personal memoir of the ecology of home and an unusual and frank account of a writer’s experience."
—Melanie Challenger, author of On Extinction

"Horrible and brilliant and terribly important. This book is what I’ve been looking for for years, and what I’d hoped never to see."
—Charles Foster, author of Being A Beast

"A poignant, honest portrait of a crisis of faith, not in God or Self but a far rarer thing, a crisis of belief in words themselves, the very materials of the writer’s mind."
—Jay Griffiths, author of Wild

“Paul Kingsnorth’s books have such a profound affect on me that I always feel I must make them into a play or a film or something after reading them. In a world of such confusing news and opinion, I always find a story in Paul’s writing that leads me to an authentic place in the world.”
—Mark Rylance

"Paul Kingsnorth has always held my attention, and at times completely astounded me with his varied and vital writing talent. This spectacular little volume is a book all about that writing talent, but discussions of process and craft are secondary to a more ontological exploration of what writing really is... and what it very much isn’t. We see the art form through Kingsnorth’s personal prism, and he slowly invites us in to ponder both the freedom and stricture that come with the endeavor to turn human language into the written word."
—Mark Schultz, Carmichael's Bookstore (Louisville, Kentucky)

"A sprawling meditation stuffed to the gills with poetry and literature. Kingsnorth looks at the decisions that made his life, roads taken and not. 'If not writing, then what?' he asks. Then what, indeed. All I can say is that I'm glad Kingsnorth has answered with this lovely book, full of wisdom."
—Spencer Ruchti, Harvard Bookstore (Cambridge, Massachusetts)

"An enigma of a book, Savage Gods takes a long hard look at the creative process of writing as well as deep, philosophical questions of purpose, place, and belonging. Kingsnorth wrestles with his prose and the whole idea of attaching words to lived experiences; questioning his choices and impulses at every turn. Purposefully meandering, deeply personal, and playfully existential, Savage Gods asks page after page, “What the hell is the point of all of this?” Kingsnorth doesn’t provide easy answers, but he has written an essential companion to anyone who creates or takes pen to paper. A unique, bleak and yet uplifting work; honest in a way few books ever are."
—Caleb Masters, Bookmarks (Winston-Salem, North Carolina)

"Paul Kingsnorth is one of my favorite writers and thinkers out there today. In Savage Gods, his deeply personal musings on writing and its value (or even relevance) in the face of global and environmental crises are heartfelt and thought-provoking. He puts on the page concerns I have found myself facing regularly with my own work—why even bother? The manner in which he delivers these thoughts in the book, very straightforward, and clearly present and not over-written, are honest and heartfelt. I read the electronic ARC of this one, and can't wait to get my hands on a finished, physical copy to keep close for future returns-to. Maybe what we do as writers is just tossing deck chairs off the Titanic, as the saying goes, but I hope Kingsnorth doesn't stop."
—Chris La Tray, Fact & Fiction Bookstore (Missoula, Montana)

"A memoir-esque exploration of the relationship between writing, language, and place."
—Janice Pariat, The Hindu Business Line

Paul Kingsnorth is the author of Savage Gods, Confessions of a Recovering Environmentalist, Beast, and The Wake, which was longlisted for the Man Booker Prize, as well as additional works of non-fiction and poetry. His journalism has appeared in The Guardian, Independent, Daily Telegraph, Daily Mail, Le Monde Internationale, New Statesman, Orion, The London Review of Books, and elsewhere. He is co-founder of the Dark Mountain Project, a global network of writers, artists, and thinkers in search of new stories for a world on the brink. He lives with his family in Ireland.
Find out more here:
Website: paulkingsnorth.net/oaqs
Facebook: Paul Kingsnorth

Aguirre, the Wrath of God

In the Pockets of Small Gods