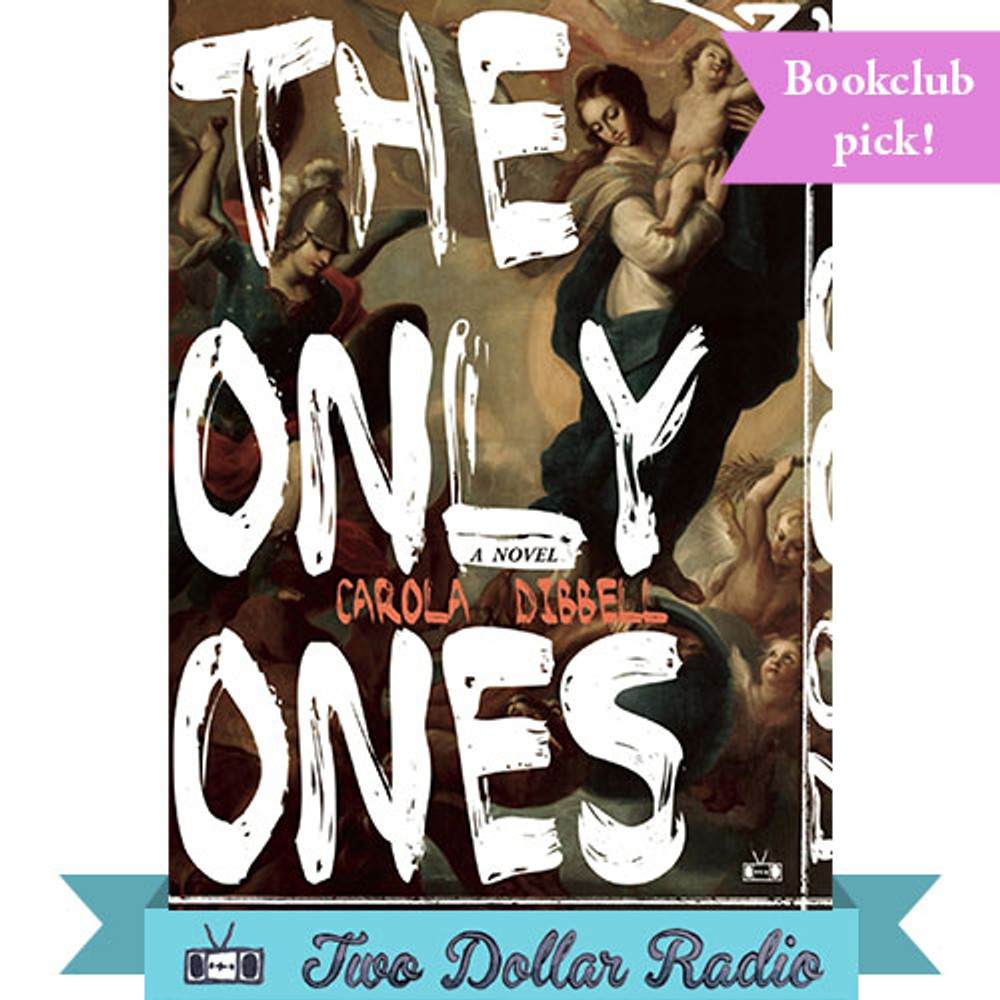 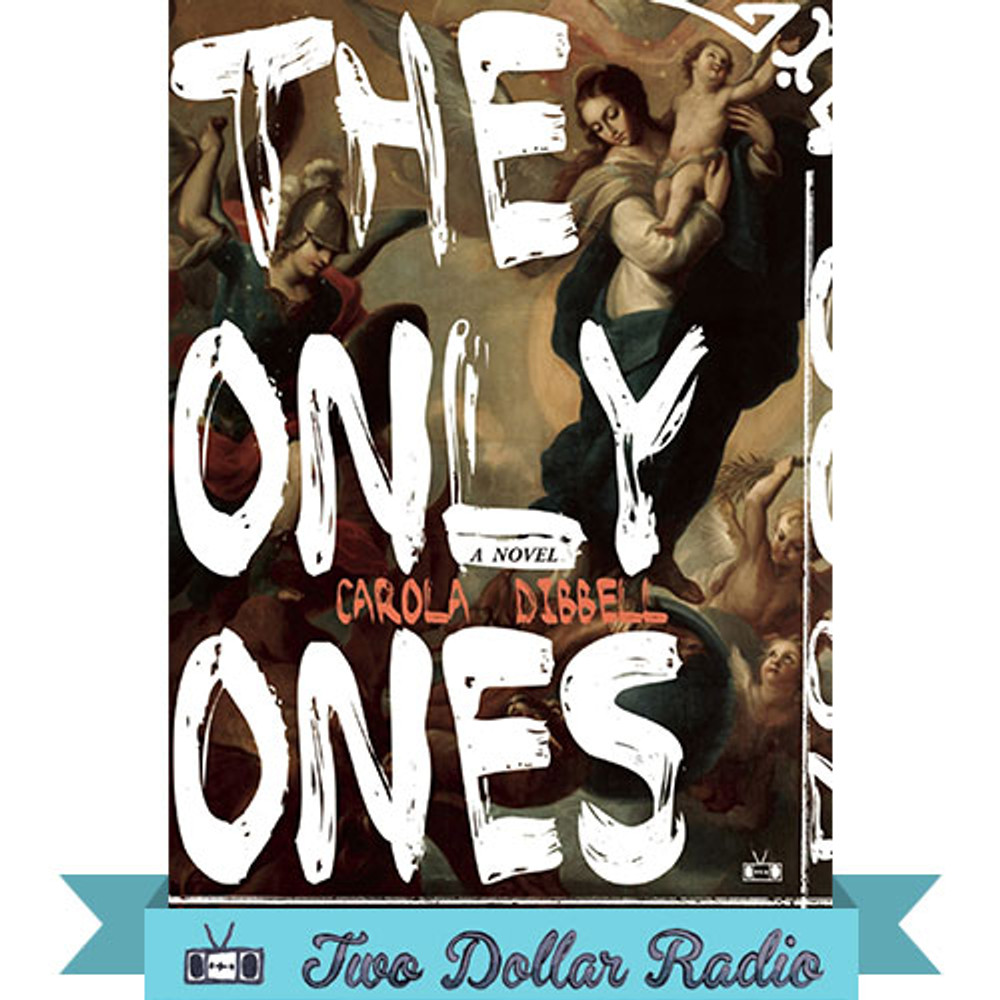 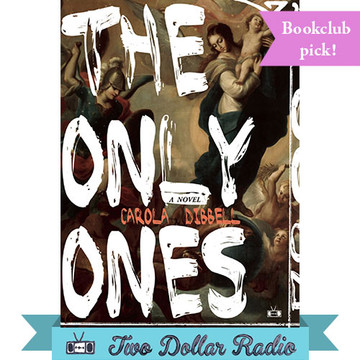 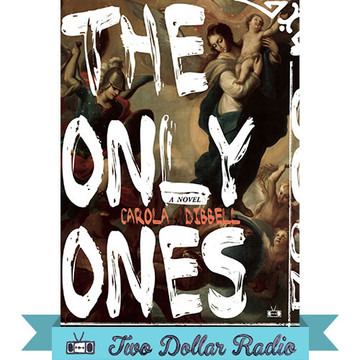 This title is the August 2018 pick for the SCI-FI FEMINIST BOOKCLUB! Find out more here.

Inez wanders a post-pandemic world, strangely immune to disease, making her living by volunteering as a test subject. She is hired to provide genetic material to a grief-stricken, affluent mother, who lost all four of her daughters within four short weeks. This experimental genetic work is policed by a hazy network of governmental ethics committees, and threatened by the Knights of Life, religious zealots who raze the rural farms where much of this experimentation is done.

When the mother backs out at the last minute, Inez is left responsible for the product, which in this case is a baby girl, Ani. Inez must protect Ani, who is a scientific breakthrough, keeping her alive, dodging authorities and religious fanatics, and trying to provide Ani with the childhood that Inez never had, which means a stable home and an education.

With a stylish voice influenced by years of music writing, The Only Ones is a time-old story, tender and iconic, about how much we love our children, however they come, as well as a sly commentary on class, politics, and the complexities of reproductive technology.

*10 Favorite Books of the Year (2015) —O, The Oprah Magazine
*Best science fiction and fantasy books of 2015 —The Washington Post
*One of the most anticipated books of 2015  —Dazed & Confused, BuzzFeed

"Dibbell's major accomplishment (besides publishing her first novel just shy of 70) is her narrator, Inez, blessed and cursed with immunity in a society ravaged by plagues. Inez's voice—a fragmented vernacular that is wise, tough and humane—elevates this dystopian novel..."
—O, The Oprah Magazine

"Fascinating... A heart-piercing tale of love, desire and acceptance. Readers will be mesmerized by Dibbell’s staccato prose as much as they are by the harrowing circumstances this mother and child must endure."
—Washington Post

"Breathtaking. [Dibbell has] delivered a debut novel on par with some of the best speculative fiction of the past 30 years; The Only Ones deserves to be shelved alongside Margaret Atwood's The Handmaid's Tale, Nalo Hopkinson's Brown Girl in the Ring, and P. D. James' The Children of Men. It's that good, and that important, and that heartbreakingly beautiful."
—NPR

"A punk-rock take on Sci-Fi, Dibbell’s stylistically inventive debut novel takes place in the very near future..."
—National Post ("The best books of the year (2015)")

"One of the best and most unique near-future dystopias I've read. "I" (short for Inez) is an unforgettable narrator her voice is raw, piercing and utterly engaging, evolving from her initial desensitized deadpan as she learns to care for baby Ani, the unexpected result of a job gone awry. Deeply human speculative fiction, perfect for fans of Margaret Atwood."
—Porter Square Books (staff pick)

"Endearingly resonant... I fell in love with the story. Dibbell’s writing is fresh and easy..."
—Fourth & Sycamore

"A heartbreaking page-turner with a first person narrative voice that hooked me right away and wouldn’t let go... This is literature first, sci-fi second. Think Orwell’s 1984. Or maybe Huxley’s Brave New World."
—Addicted to Noise

"The combination of heart-touching story with sly social commentary makes this one a win for me."
—BookRiot

"Read this if you liked Margaret Atwood's MaddAddam Trilogy. [Dibbell] is another voice to pay attention to. The most eerie aspect of Dibbell’s science fiction is its closeness to reality—the trials of school bureaucracy, of donating eggs for cash, and the simultaneous joy and anxiety of being a parent. The story stands just outside of our world—a terrifying reflection of what the future of could hold."
—LitReactor

"When you’ve seen one apocalypse, you’ve seen them all: there’s some real bad news, plus enough survivors left to tell the tale. What distinguishes a post-apocalyptic story, then, is who is doing the telling, and how. In a word, voice. In this regard, Carola Dibbell’s The Only One shines."
—Electric Literature

"Dibbell may have created the most important post-apocalyptic novel since McCarthy's The Road—and one equally as harrowing, too."
—Cultured Vultures

"Carola Dibbell is probably best known for her work as a music critic, but it's her sci-fi debut The Only Ones that really rocks."
—Refinery 29

"One of the most original mother-daughter stories of recent memory."
—Barnes & Noble Review

Publishers Weekly 'Book of the Week'

"16 of the Most Exciting Books of 2015 From Independent Publishers."
—BuzzFeed

"What’s particularly stunning about [The Only Ones], however, is Dibbell’s use of language, and how she creates one of the most memorable narrators I’ve encountered in a long while."
—Vol. 1 Brooklyn

"...page-turning genre thriller that doubles as a smart and philosophical indie-lit novel."
—CCLaP (Chicago Center for Literature and Photography)

"Densely written but swiftly told, this first novel from rock critic Dibbell starts out as literary dystopia and ends up as a deft study of human identity, desperation, and longing."
—Library Journal

"A well-known rock critic, Dibbell infuses her debut novel with the stylistic grace of a seasoned writer."
—Time Out New York

"Dibbell’s debut novel chillingly imagines the world in the wake of a global pandemic in the latter part of the 21st century. The book illuminates present-day paranoias, but it is further elevated by Dibbell’s trenchant attention to the corrosive nature of social and economic inequality."
—Publishers Weekly, starred

"On the other side of Aldous Huxley's brave new world is Carola Dibbell's braver one, all the more unsettling (and maybe even more profound) for being not five hundred years from now but five minutes, in a time at once beyond our control and too immediate to escape. Brilliantly conceived, passionately defiant, deeply felt, The Only Ones introduces — in the form of central character Inez Fardo — one of the most memorable and compelling first-person voices in recent American fiction."
—Steve Erickson

"A bracing, tough minded, farsighted novel about bravery and endurance, motherhood and the way life goes on even after the world ends. Every sentence pierces."
—Kelly Link

"Dibbell tells this story with intensity and color, through a voice that is as shattered and alive as the world she has created, exploring universal themes of sacrifice, love, and the fragile yet persistent will to survive. At times, The Only Ones feels large, small, sweeping and intimate, scary and full of hope. Dense and vivid, smart and thought-provoking."
—Charles Yu

"Anyone who thinks dystopian fiction is a lemon with no juice left needs to read The Only Ones to get that tingle back in the taste buds... How can a writer this good have waited so long for her due? Carola Dibbell's marvelous narrative has pace, emotional range, plenty of humor—some bitter, some sweet—and one of the most harshly enthralling narrators in fiction since Huckleberry Finn."
—Adam Mars-Jones Carola Dibbell is a highly regarded rock critic whose fiction has appeared in The New Yorker, Paris Review, Fence, and Black Clock. Writing about books as well as music, Dibbell was a Village Voice contributor for many years. The Only Ones is her debut novel.