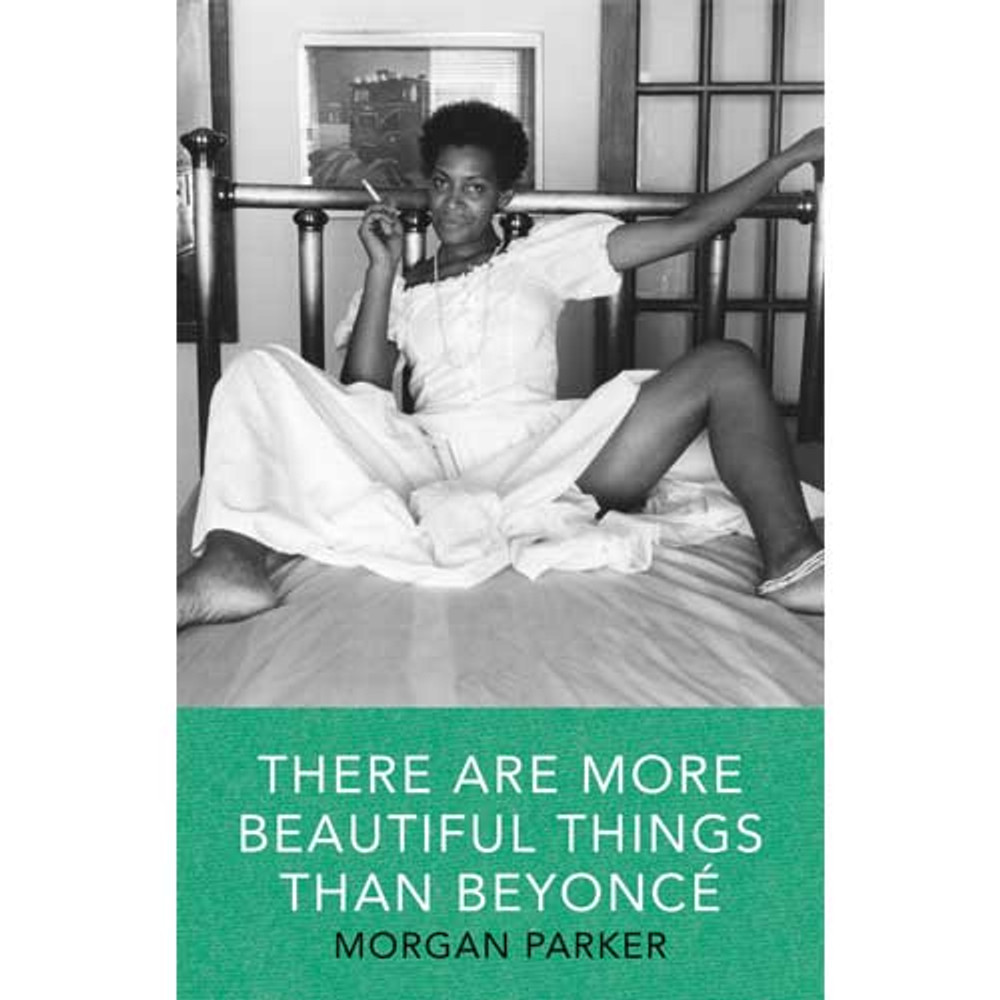 There are More Beautiful Things Than Beyonce

"This singular poetry collection is a dynamic meditation on the experience of, and societal narratives surrounding, contemporary black womanhood. . . . These exquisite poems defy categorization." ―The New Yorker

The only thing more beautiful than Beyoncé is God, and God is a black woman sipping rosé and drawing a lavender bath, texting her mom, belly-laughing in the therapist’s office, feeling unloved, being on display, daring to survive. Morgan Parker stands at the intersections of vulnerability and performance, of desire and disgust, of tragedy and excellence. Unrelentingly feminist, tender, ruthless, and sequined, these poems are an altar to the complexities of black American womanhood in an age of non-indictments and deja vu, and a time of wars over bodies and power. These poems celebrate and mourn. They are a chorus chanting: You’re gonna give us the love we need.

“This singular poetry collection is a dynamic meditation on the experience of, and societal narratives surrounding, contemporary black womanhood. . . . Ranging from orderly couplets to an itemized list titled after Jay Z’s "99 Problems" to lines interrupted by gaping white space, these exquisite poems defy categorization.”
- The New Yorker

“Morgan Parker''s bombastic second book profoundly expresses a black millennial consciousness with anger and appetite. Everywhere Parker looks, she sees a wildly messed-up world ― "There's far too many of me dying"; "The President be like/ we lost a young boy today." She also answers a personal and public mandate to re-envision it through humor and confrontation.”
- NPR.org

“[A] brash, risqué collection that explores what it means to be a black woman in contemporary American culture. Parker, whose first book won the Gatewood Prize, is as self-assured as the women who appear in these pages, including Queen Latifah, Nikki Giovanni and Michelle Obama. Cultural references, old songs and classic poems spark observations about feminism, sex and desire at a time when “There’s far too many of me dying./ The present is not so different.” . . . Each woman in this fierce collection wants to be seen for who she is, not what society wants her to be, and each demands respect.”
- The Washington Post

“Parker’s poems brings heat to the art of Mickalene Thomas, the racial politics of Barack Obama’s presidency, the body politics of Beyoncé and the danger of moving through America in a black body.”
- TIME Magazine, Best Paperbacks of 2017

“Parker’s poetry is a sledgehammer covered in silk, exposing black women’s vulnerability and power and underscoring what it means to be magical and in pain. This collection is a must for anyone who recognizes that celebrity is an extension of American culture ― and for those who don''t, it will transform their perspective.”
- BuzzFeed

“Morgan Parker''s second book of poetry, There Are More Beautiful Things Than Beyoncé (Tin House Books), isn't just the most ferocious collection to be published this year. It's also an antidote to the culture of hate and white supremacy . . . part psychic excavation, part historical exorcism. Having watched Nina Simone in concert on YouTube most of my adult life, I've finally found an experience to compare that to.”
- Interview Magazine

“Employing fierce language and eschewing fear of unflattering light, Parker (Other People’s Comfort Keeps Me Up at Night) pays homage to the deep roots and collective wisdom of black womanhood. Parker’s poems are as flame-forged as a chain locked around soft ankles.”
- Publishers Weekly, Starred Review

“Parker weaves together Marvin Gaye lyrics, texting slang, and a critical, caring perspective on black womanhood to createpoems that are both radically powerful and laugh-out-loud funny.”
- VICE

Morgan Parker is the author of There Are More Beautiful Things Than Beyoncé and Other People’s Comfort Keeps Me Up At Night. Her poetry and essays have appeared in Tin House, the Paris Review, The BreakBeat Poets: New American Poetry in the Age of Hip-Hop, Best American Poetry 2016, the New York Times, and the Nation. She is the recipient of a 2017 National Endowment for the Arts Literature Fellowship, winner of a 2016 Pushcart Prize, and a Cave Canem graduate fellow.