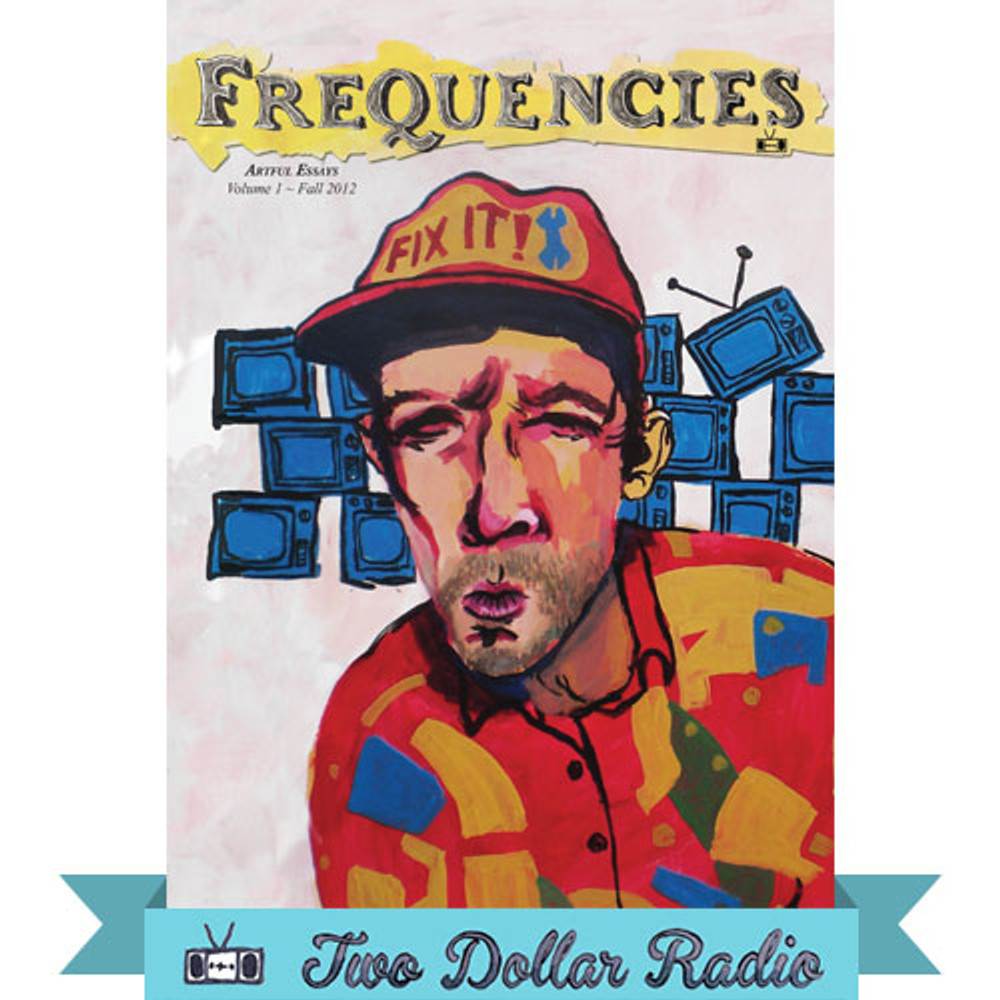 Frequencies is a journal of creative or artful essays that aims to reconsider the current nonfiction prescription that is published biannually, in the fall and spring.

In the fall of 2012, we launched our very own journal of artful essays, which we lovingly titled, Frequencies. Amongst one another, we referred to it as a grungier, less self-righteous Harpers's.

We sought out writing from some of our favorite young writers: Joshua Cohen, Blake Butler, and Scott McClanahan, and were lucky enough to stumble upon an incredible essay by Tracy Rose Keaton.

Joshua Cohen’s ambitious yet concise essay traces the origins of the phrase ‘Open Sesame,’ after recurring run-ins with the phrase on Saturday morning cartoons. Does the expression have an Arab origin in "Ali Baba and the Forty Thieves," or does it stem from 17th or 19th century Western languages. While the origin may be fuzzy, Cohen pursues an equally valuable thread: “The most valuable coin has always been with us, within us: the word, the call, whether shared, lent, borrowed, or stolen.”

Ahead of the publication of Scott McClanahan’s earth-shattering creative memoir, Crapalachia, which was published in March 2013, we ran an early excerpt. The book is one of our best-selling at Two Dollar Radio, and this was readers' first glimpse of the groundbreaking work.

Blake Butler and Morgan Kendall collaborated to create an impressionistic photo/flash essay piece grappling with memory and the disintegration of the mind. Each photo by Kendall is paired with a short textual response by Butler of the same name, beautifully documenting the siblings' struggle with their father’s dementia.

Who says you can't write eloquently and powerfully about music fan-dom? Tracy Rose Keaton chronicles her attraction to Iggy Pop, her boyfriends, family, simple hope, projection, and looking even your most unflattering traits in the eye. The only acceptance you need is your own.

Also included in the inaugural issue is an interview with iconoclast and probably superhero, Anne Carson.

BLAKE BUTLER is the author of Nothing, There is No Year, Scorch Atlas, and Ever, whose "firework-studded prose" has been praised by the New York Times.
JOSHUA COHEN is the author of Witz, A Heaven of Others, and Cadenza for the Schneidermann Violin Concerto. The New York Times compared him to Thomas Pynchon and David Foster Wallace. His book, Four New Messages, is due out from Graywolf Press in August.
TRACY KEATON has written for LA Weekly, various internet music publications, Thought Catalog, interviewed Iggy and the Stooges for the DVD Escaped Maniacs, and will have an essay on the Shangri-Las featured on Rhino's Singles Website. She blogs at bubblegumforthesoul.
Scott McClanahan is the acclaimed and award-winning West Virginian author of Crapalachia, The Incantations of Daniel Johnston, The Sarah Book, Hill William, and The Collected Works of Scott McClanahan: Volume 1 and more. The Washington Post has called McClanahan's work "the genuine article" and The Millions has called him "The Poet Laureate of Real America." He is also co-founder of Holler Presents and half of the band Holler Boys.