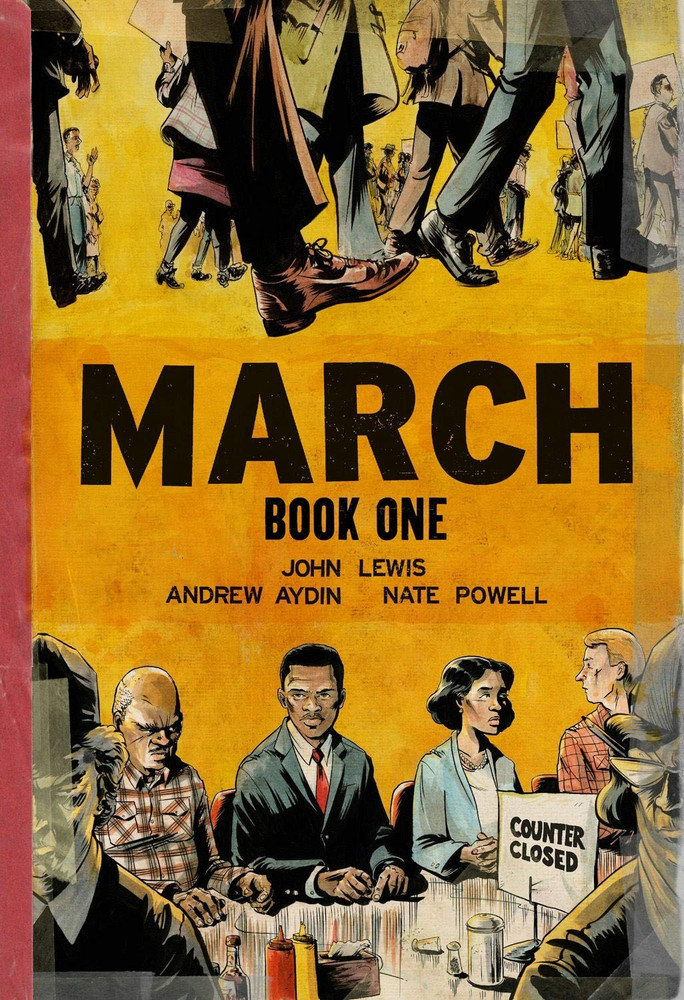 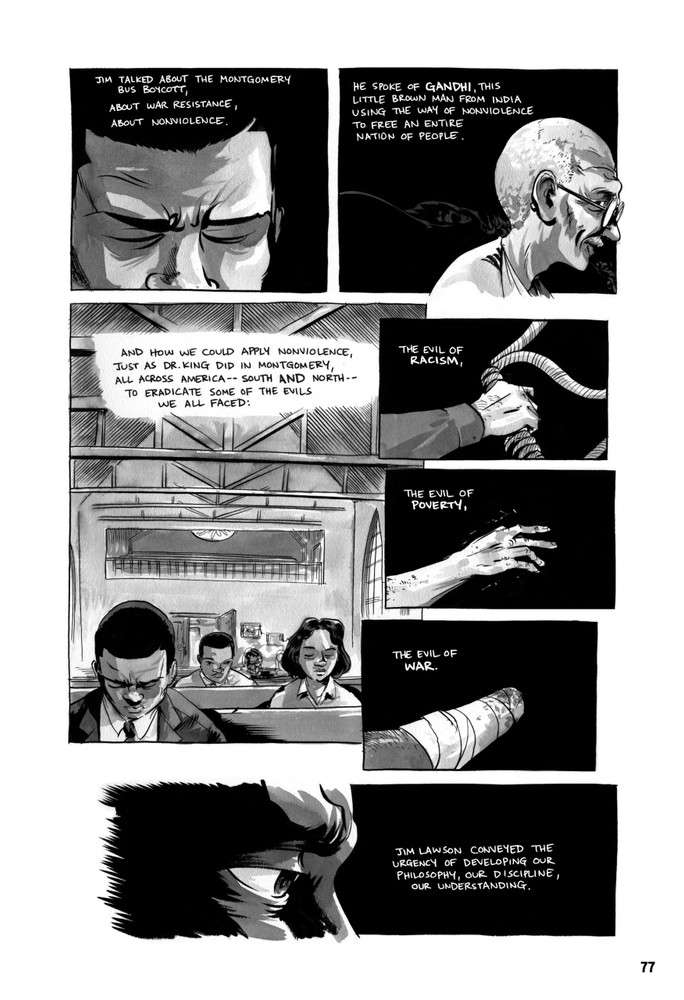 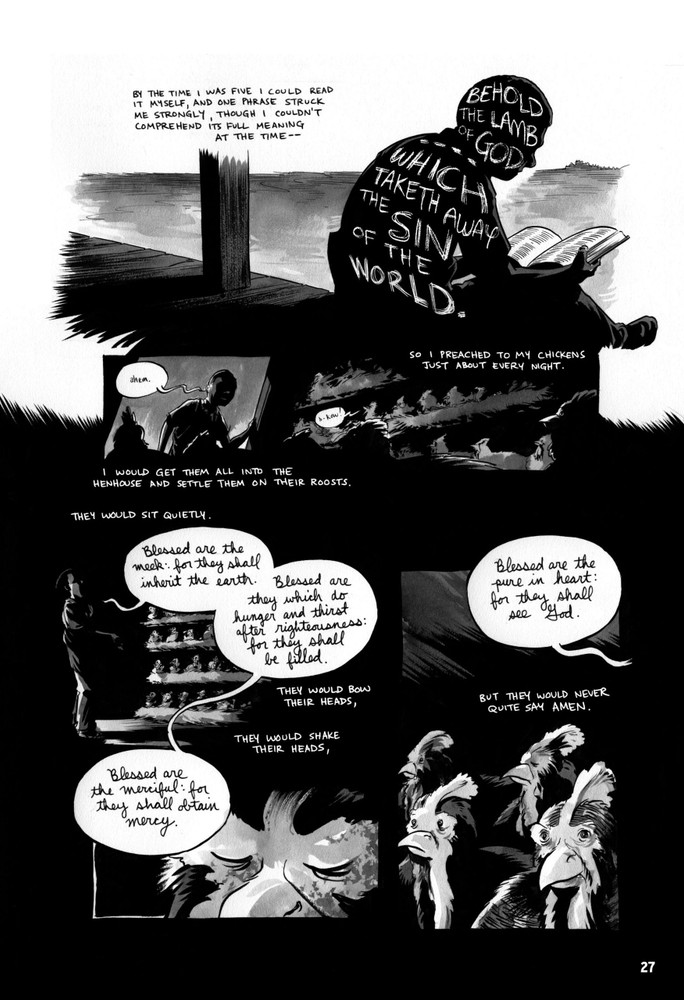 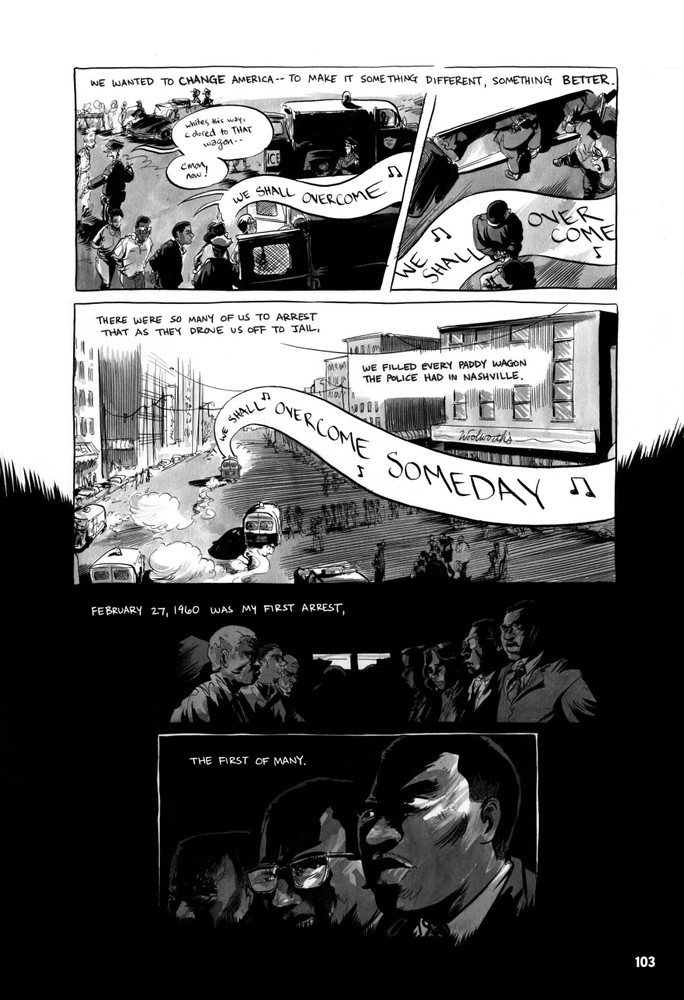 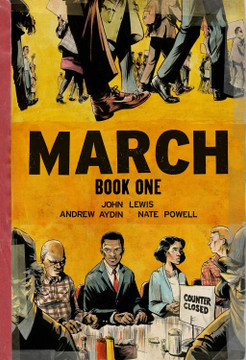 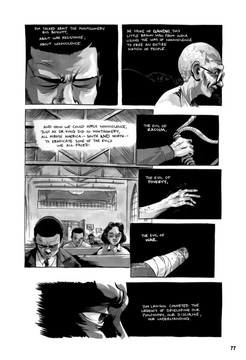 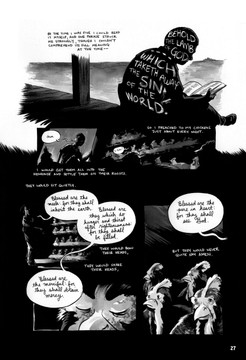 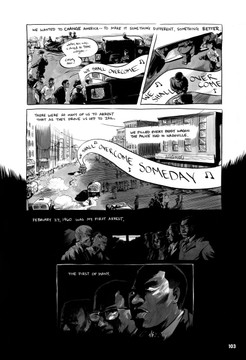 Congressman John Lewis (GA-5) is an American icon, one of the key figures of the civil rights movement. His commitment to justice and nonviolence has taken him from an Alabama sharecropper's farm to the halls of Congress, from a segregated schoolroom to the 1963 March on Washington, and from receiving beatings from state troopers to receiving the Medal of Freedom from the first African-American president.

March is a vivid first-hand account of John Lewis' lifelong struggle for civil and human rights, meditating in the modern age on the distance traveled since the days of Jim Crow and segregation. Rooted in Lewis' personal story, it also reflects on the highs and lows of the broader civil rights movement.

Book One spans John Lewis' youth in rural Alabama, his life-changing meeting with Martin Luther King, Jr., the birth of the Nashville Student Movement, and their battle to tear down segregation through nonviolent lunch counter sit-ins, building to a stunning climax on the steps of City Hall.

Many years ago, John Lewis and other student activists drew inspiration from the 1958 comic book "Martin Luther King and the Montgomery Story." Now, his own comics bring those days to life for a new audience, testifying to a movement whose echoes will be heard for generations.

"An astonishingly accomplished graphic memoir that brings to life a vivid portrait of the civil rights era, Lewis' extraordinary history and accomplishments, and the movement he helped lead... its power, accessibility and artistry destine it for awards, and a well-deserved place at the pinnacle of the comics canon." - NPR

"Congressman John Lewis has been a resounding moral voice in the quest for equality for more than 50 years, and I'm so pleased that he is sharing his memories of the Civil Rights Movement with America's young leaders. In March, he brings a whole new generation with him across the Edmund Pettus Bridge, from a past of clenched fists into a future of outstretched hands." - President Bill Clinton

"Lewis's remarkable life has been skillfully translated into graphics... Segregation's insult to personhood comes across here with a visual, visceral punch. This version of Lewis's life story belongs in libraries to teach readers about the heroes of America." - Library Journal (starred review)

"A powerful tale of courage and principle igniting sweeping social change, told by a strong-minded, uniquely qualified eyewitness... the heroism of those who sat and marched... comes through with vivid, inspiring clarity." - Kirkus Reviews (starred review)